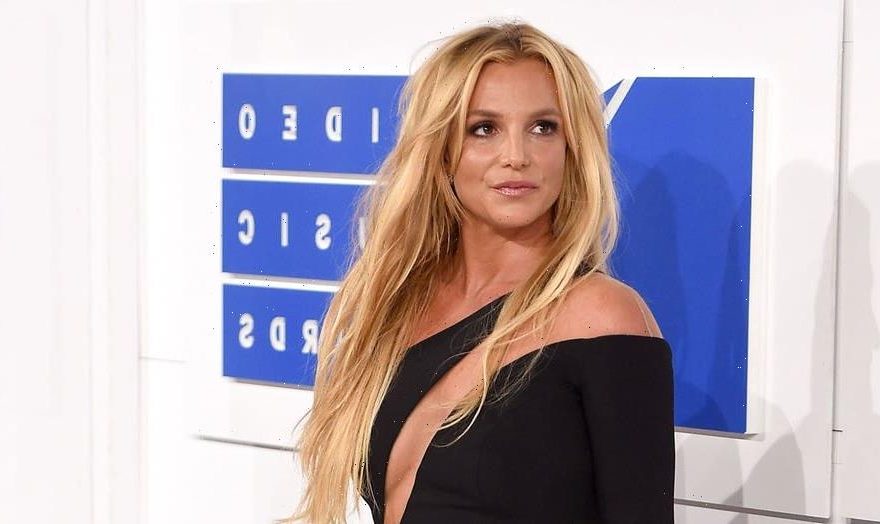 Britney Spears is back at it.

On Thursday, the 39-year-old pop star took to Instagram to continue her trend of sharing topless photos and videos amid allegations she battered an employee.

In her first post, the star shared a photo of herself wearing only bright red boots, white bikini bottoms and a dazzling necklace. She covered her chest with her hands and large red rose as she looked upward.

In the caption, she shared a quote from Hollywood icon Sophia Loren.

“There is a fountain of youth: it is your mind, your talents, the creativity you bring to your life and the lives of people you love,” she said. “When you learn to tap this source, you will truly have defeated age.”

Allegations of battery did not phase Britney Spears, who took to Instagram to share topless photos just hours after news of an investigation broke.
(Photo by Nicholas Hunt/FilmMagic)

Only minutes later, she shared a brief video of herself in the same outfit, strutting her stuff while showing some skin.

The caption was significantly lengthier this time around.

“I will let you guys know very very soon all my favorite clothing designers and will make sure I’m clothed HEAD TO TOE !!!!” she began. “Considering the SPREAD of covid is less of a threat … we can now be diligent civilized people and safely go about our mundane ways for the most part !!!!!”

The mother of two then directly addressed her fans that have children themselves.

“Parents … have your children started school ???” Spears asked. “Make sure you pack wonderful lunches and please be mindful of your children’s SNACKS because it’s proven evidence that healthy snacks are better for child’s health and mental awareness !!!! I know … I know … it’s useless information to some of you but you never know !!!!”

A third and final post came a few moments later. The black-and-white photo featured a young girl wearing a crown and a confused look as she flipped the bird for the camera.

In her captions, the singer promised to soon share her famous designers and asked parents to send kids to school with healthy snacks.
(J. Merritt/Getty Images for GLAAD)

“I feel like she’s made her point perfectly clear !!!” Spears wrote in the caption.

The posts come as the singer is facing allegations of battering an employee who claims Spears struck her. The star is currently under investigation for the ordeal but has denied the incident in a statement to Fox News from an attorney.

“This is nothing more than sensational tabloid fodder – an alleged misdemeanor involving a ‘he said she said’ regarding a cell phone, with no striking and obviously no injury whatsoever,” the note reads. “Anyone can make an accusation. This should have been closed immediately.”

Last week, Spears’ father, Jamie P. Spears, agreed to step down as her estate conservator once a proper plan is in place, Fox News confirmed.

The two have been locked in a court battle over the past few years as the singer works to regain control of her life. Jamie has controlled Spears’ conservatorship since 2009 after she went through a series of involuntary psychiatric holds.