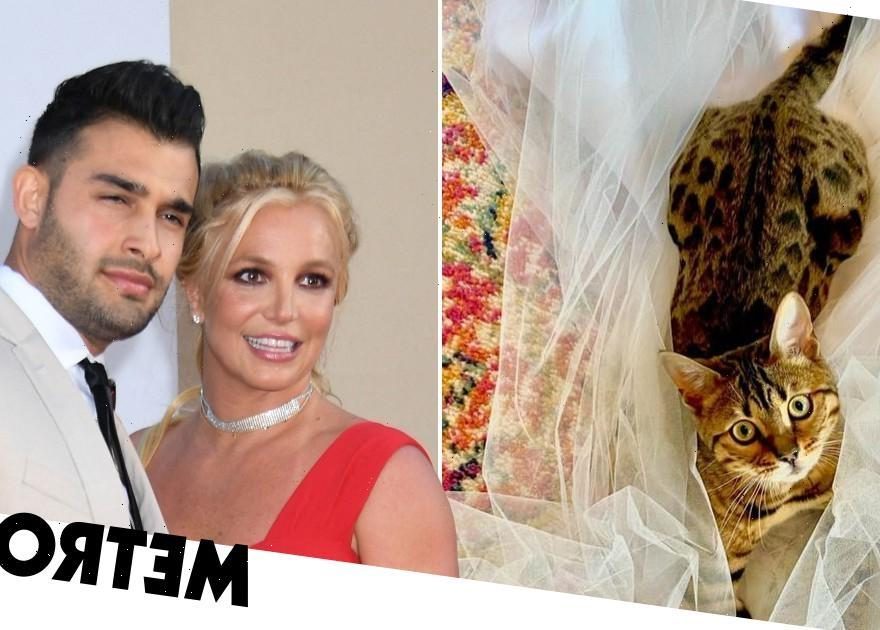 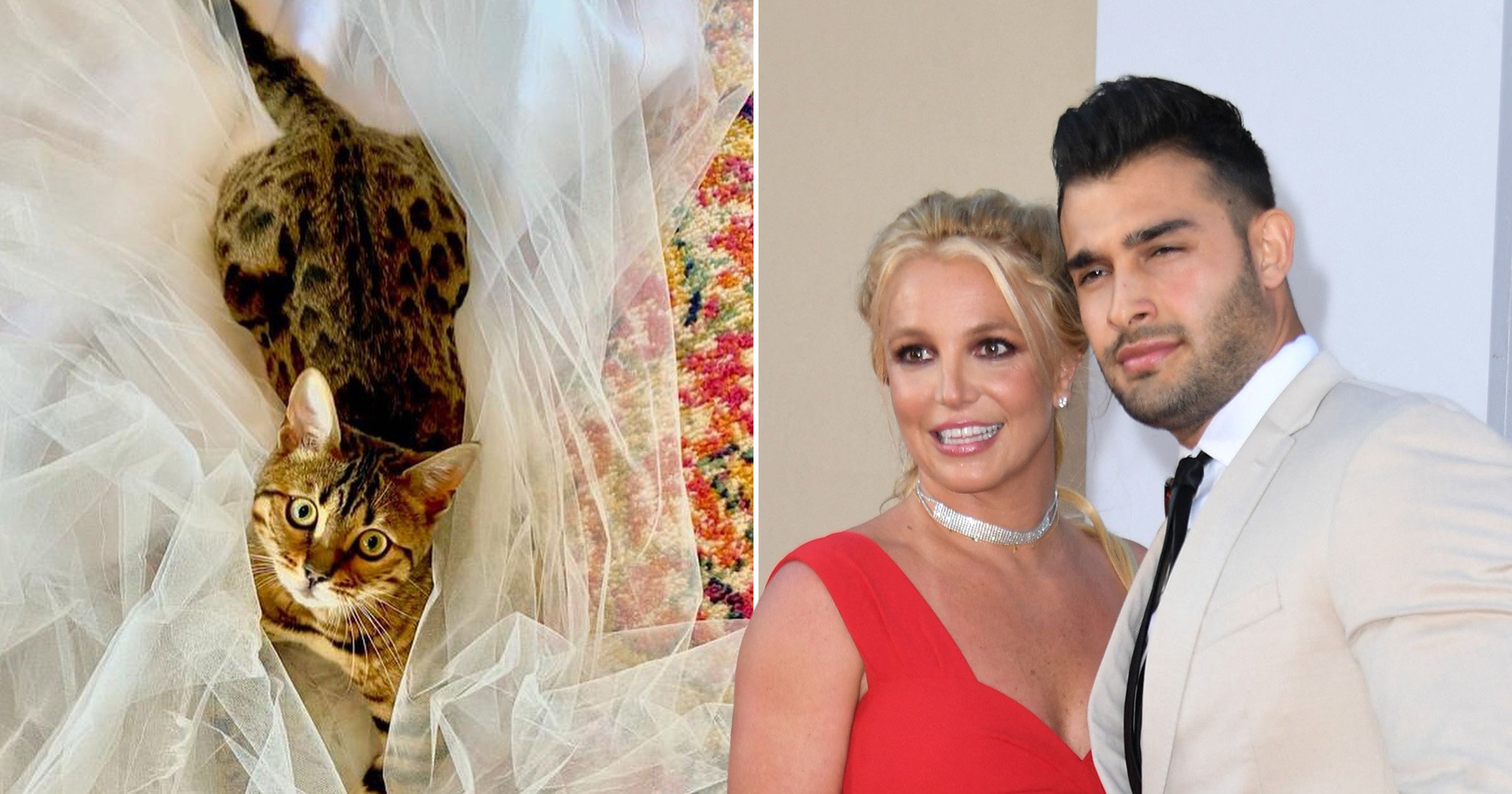 Britney Spears surprised her fans on social media with a cheeky glimpse of her wedding veil.

The Stronger singer, 40, and personal trainer Sam Asghari were engaged in September last year after first meeting in 2016, and their relationship has gone from strength to strength since.

Britney also confirmed last month that she was expecting her first child with Sam after battling her 13-year-long conservatorship, under which the musician alleged she was prevented from getting married or having a baby.

In an Instagram post, the Toxic icon revealed an adorable addition to her family, however, fans were freaking out over the article of clothing that was underneath her pet.

As expected, fans were quick to flood her comments with excitement and some couldn’t help but question when the big day would take place.

One wrote: ‘Omg how exciting your dress is ready. when you post pictures you will break the internet.’

While another concerned fan added: ‘My cat destroyed my wedding veil be careful.’

In the same post, Britney also detailed her highly publicised conservatorship and recalled feeling like a ‘f*****g nun. The prayer of silence I’ve endured would possibly offend the pope.’

The new baby will be Sam’s first, and he recently shared his excitement at becoming a father to their new son or daughter.

He told Mario Lopez on Access Hollywood that they aren’t going to find out the gender in advance explaining: ‘This is my baby, my first baby so its so exciting for me.

‘That’s up to [Britney], but I don’t want to [find out the gender in advance]. It’s something that I want to wait for.’

Sam joked: ‘If it’s a daughter, it’s going to be the most spoiled princess ever. If it’s a son, it’s gonna be the toughest son. I’m gonna be tough on the kid!’