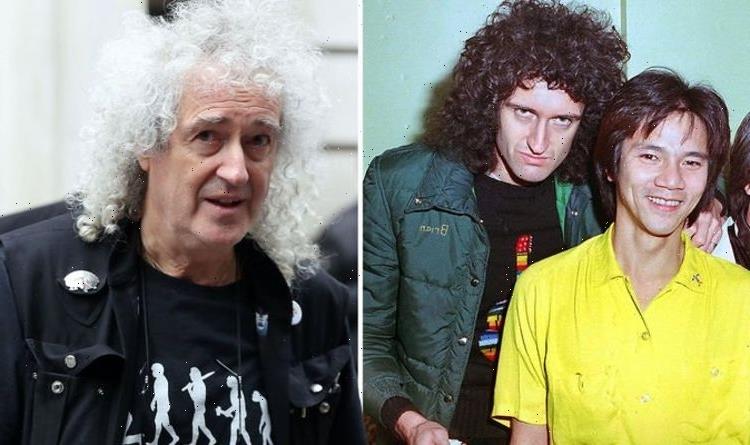 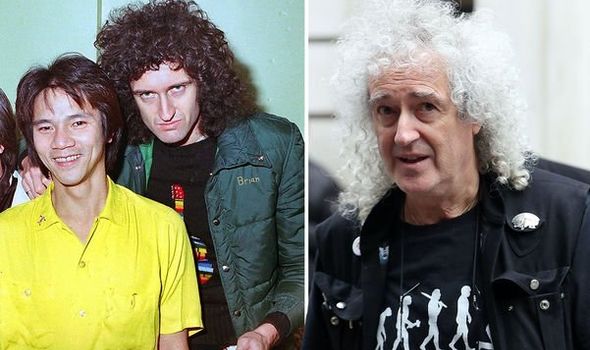 Brian May shared unearthed pictures of him playing alongside Phil Chen as part of his Star Fleet Project. The 74-year-old described the late musician as a “great chap and a fine player” as part of a lengthy tribute on Instagram.

The Queen singer looked unrecognisable as he posed with his guitar alongside Phil, Ed Van Halen and Alan Gratzer.

Other pictures showed him and Phil enjoying other recording sessions together.

The late musician was a member of Brian’s Star Fleet Project back in 1983.

Taking to his page, the singer wrote: “Paying respects to the great bass player Phil Chen.

“These blurry pictures of him are from the back cover of my STARFLEET album… which will be next in line for re-release after Another World – coming soon.

“Phil was a great chap and a fine player – full of Caribbean energy and joy. He did a great job on my little session – with Ed Van Halen and Alan Gratzer.

“But he is probably most embedded in people’s consciousness for that wonderful octave-jumping bass figure in Rod Stewart’s ‘Do you think I’m sexy’.

He went on to point out that had Phil and Ed had “playfully swapped guitars” in the studio pictures.

Many of Brian’s 2.9 million followers flocked to his post to send their support.

“I am so sorry for your loss! May he rest in peace,” Heydebishere added.

Moniquebrognon penned: “Sorry to hear this sad news. His art will keep him alive in our heart. Heartful thoughts.”

During his career, Phil had played with Rod Stewart, Jeff Beck, Ray Manzarek and Robby Krieger,

A statement on the musician’s Facebook page said he died on December 14 after a long battle with cancer.

It reads: “He spent his final days surrounded by family and close friends, and cherished time with his grandchildren, who always brightened his day.

“He will be missed greatly and his contagious passion for music and positive energy on and off the stage will be remembered always.”

Other tributes have flooded in for the late musician on social media this week.

Seymour Duncan commented: “RIP Phil Chen. An amazing bassists who played on Jeff Beck’s iconic album, Blow by Blow. You will be missed!”