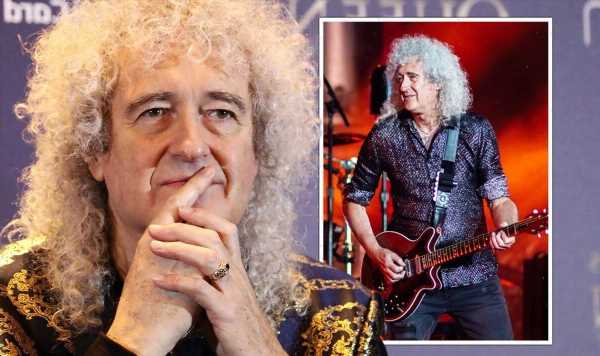 Queen fans sing Happy Birthday to Brian May in Copenhagen

Brian May took to the stage at the weekend for a special tribute concert in honour of the late Taylor Hawkins of the Foo Fighters, who sadly died earlier this year. The Queen legend bid an emotional farewell “in the same spot” the guitarist had said goodbye to his former bandmate and lead singer Freddie Mercury on Saturday.

Taylor Hawkins was found dead in a hotel room in Colombia this March, shortly before Foo Fighters were due to play a festival in Bogotá.

The late drummer was 50-years-old at the time of his death.

Dave Grohl and the rest of the Foo Fighters immediately cancelled their upcoming tour but had since announced two tribute concerts in the drummer’s honour.

The first concert was held at London’s Wembley Stadium at the weekend with Brian taking to the stage.

Liam Gallagher and Nile Rodgers were among the musicians who performed at the concert. 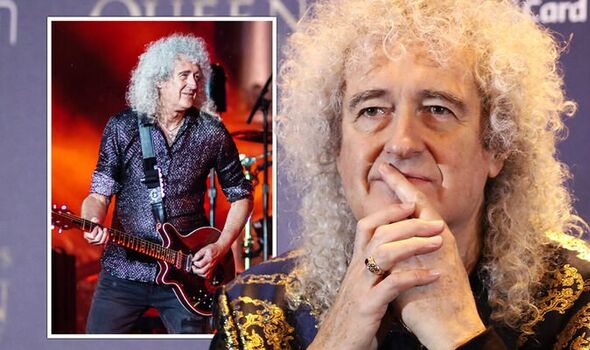 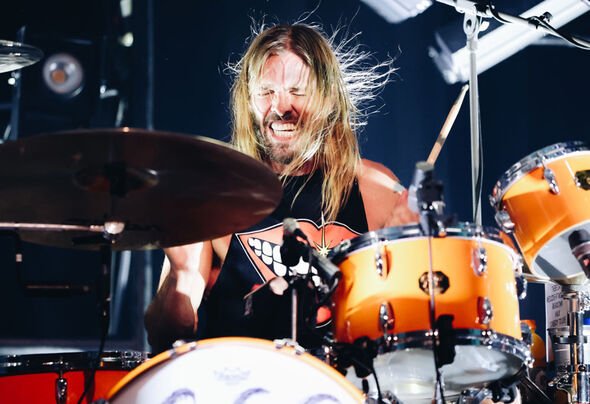 Following the concert, the Queen guitarist shared a candid message accompanied by a series of photos from the tribute performance.

In view of his 3.1 milllion followers, a video showed Brian urging the audience to light up their phones, as they offered their condolences to Taylor. 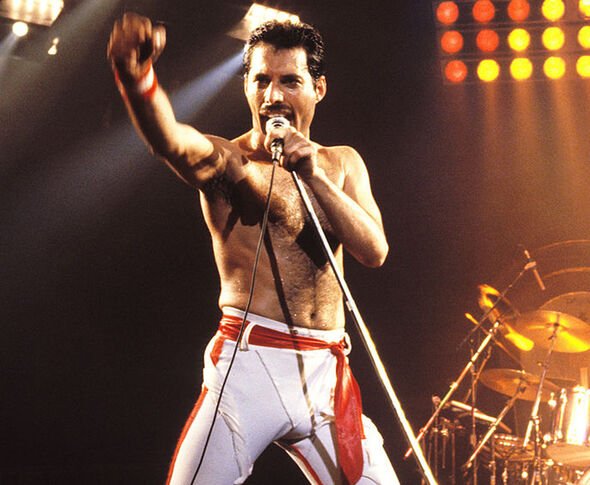 Brian captioned the post: “SWIPE to see how this moment looked from where I sat – on the same spot from which we said goodbye to Freddie in 1992 – 20 years ago. Too many emotions for my brain to handle. Photo by P. Malandrone. Bri.”

Fans flocked to the comment section, as fans praised the singer, with Mary writing: “Beautiful.”

Lexi commented: “Love you so much. Such a beautiful show you put on for Taylor.”

Chaotic Queen wrote: “You did so well… Taylor would have been moved as well… big hugs darling.”

Gemma Atkinson rushed to hospital for emergency with swollen face[LATEST]
Salma Hayek, 56, is a vision in white busty dress for event in London[PICTURES]
Sue Barker left ‘gobsmacked’ when dropped from BBC Question of Sport[ADMISSION]

Stereo Emphemera penned: “Electrifying! Your performance was catching lightning in a bottle… yet another time. Godspeed, Taylor.”

Back in 1998, Taylor played the drums on Brian’s solo track Cyborg, which features on his Another World solo album, which he re-released this year.

Brian remembered: “He’d never really done a studio session for someone else, so he was wired to the hilt – you could imagine.

“He’s going ‘This is f*****g awesome’. I mean, there is energy spilling out all over Surrey from this guy, incredible!

“I think he’s well represented on the track – it’s insane, the amount of energy on there.”

Brian’s heartfelt message comes after the rockstar marked Freddie Mercury’s death in a tribute concert back two decades ago.

The Queen frontman was reportedly diagnosed with AIDS in 1987.

He publicly announced that he had AIDS the day before he died of complications related to the disease on November 24, 1991.

The following year, Brian and his Queen bandmates held the Freddie Mercury Tribute Concert for AIDS Awareness – a benefit concert at Wembley Stadium in London.

The tribute concert was held in front of an audience of 72,000.

The London show will be followed by a second concert on September 27 at The Kia Forum in Los Angeles, with acts such as Alanis Morissette and Chad Smith from Red Hot Chili Peppers on the bill.