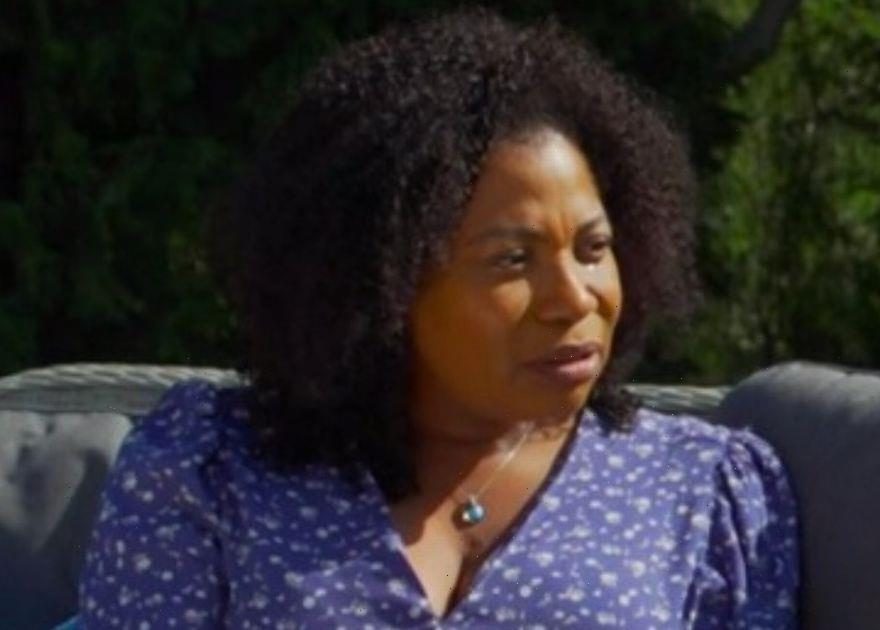 Brenda Edwards has given her first interview since the sudden death of her son Jamal Edwards in February, revealing beautiful details from his funeral and the sign she felt from him on the day.

Brenda, 53, spoke to her Loose Women colleague and good friend, Coleen Nolan, ahead of her live return to the ITV daytime show tomorrow.

The pre-recorded interview took place in the garden of Coleen’s home, and Brenda showed her strength as she talked proudly about Jamal, who was just 31 when he died suddenly, and shared previously unknown details about the entrepreneur’s tragic death.

Brenda explained that she was with her son when he died, saying: “I was with him. His sister was with us. We were all at home.

“It was sudden and it was unexpected and he went into a cardiac arrest and he passed with me holding his hand,’ she said.

“I get a little bit of comfort from knowing that I was with him.”

Despite his death being unexpected, Brenda also revealed that Jamal had left specific instructions for his funeral, which she called his “homegoing”.

She told Coleen: “He was born in Luton, we went back to Luton and had his homegoing there."

In a nod to his favourite football club, Chelsea, Brenda added: “Everyone wore blue or white, the music was there, he had live entertainment. It was really, really lovely.”

Brenda also revealed that she saw a sign from Jamal on the day of his funeral, adding: “When we laid him to rest it was really beautiful. We looked up at the clouds and there was a ‘J’.”

Brenda also expressed her regret at not having been the person to announce her son’s death, saying the moment was “taken away” from her before she was able to tell people the news.

Back in February, Brenda confirmed the sad news of Jamal's death in a statement issued to Good Morning Britaon.

It read: “It is with the deepest heartache that I confirm that my beautiful son Jamal Edwards passed away yesterday morning after a sudden illness,

“Myself, his sister Tanisha, and the rest of his family and friends are completely devastated. He was the centre of our world."

Jamal was well-known in his own right, as the founder of online urban music platform, SBTV.

He was awarded an MBE in the 2015 New Year Honours, for services to music through his business, and was an ambassador for The Prince's Trust, a youth charity which helps young people set up their own businesses.

Speaking about her return to Loose Women tomorrow, Brenda said that it wasn’t a case of wanting to return but “needing to return”.

For the latest updates on your favourite celebs, sign up to OK!'s daily celebrity newsletter.