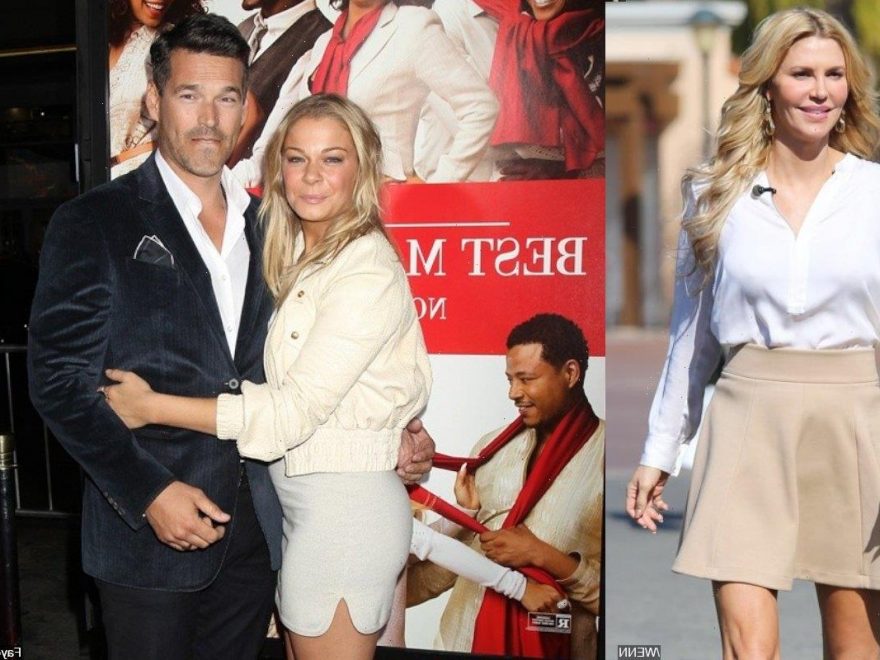 The cast member of ‘The Real Housewives of Beverly Hills’ reveals that she is ‘broken’ after discovering that her ex-husband was ‘caught on camera kissing the new woman’ in his life.

AceShowbiz –Brandi Glanville has taken a walk down memory lane. Over a decade after her ex-husband Eddie Cibrian had an affair with his now-wife LeAnn Rimes, “The Real Housewives of Beverly Hills” star made the confession that she “wanted to kill” the “Coyote Ugly” actress.

“One time, before they were married, I walked up to a soccer game and Jake, who was two, was sitting in her lap. I had this rage in my body,” the 48-year-old star wrote in an op-ed for The Sun on Thursday, July 1. The reality star went on to reveal, “I really wanted to kill her. I walked over to her, grabbed Jake and I looked at her and said, ‘I will f**king murder you.’ “

Brandi admitted that she “didn’t cope well” with Eddie’s infidelity, noting that she “was angry” and “was drinking.” The Bravo star additionally claimed she was “out for revenge.” She added, “One time, I even recorded him saying how he loved me and that he didn’t love LeAnn and I sent it to her. I wanted her to know what he was saying.”

Elsewhere in the op-ed, Brandi penned, “Eddie and I got along great and had the best sex life. I was madly in love and felt like I had the perfect life.” The “Drinking and Tweeting” author then recalled how she found out Eddie was cheating on her as writing, “But like Martha Hancock, I discovered my husband was cheating when he was caught on camera kissing the new woman in his life.”

Upon learning about her ex-husband’s affair, Brandi admitted, “I was broken. If I didn’t have to take care of my kids, I probably wouldn’t be here now.” The “Famously Single” alum elaborated further, “It was so public. Everyone felt sorry for me and wanted to hug me. But I wanted to punch everyone in the face. I couldn’t turn on the TV without seeing something about them. LeAnn had taken over my life and I didn’t have a voice anymore.”

Brandi and Eddie split in 2009 and finalized the divorce in 2010 after eight years of marriage and 13 years together. She shares her two sons, 18-year-old Mason and 14-year-old Jake, with the “Northern Lights” actor.