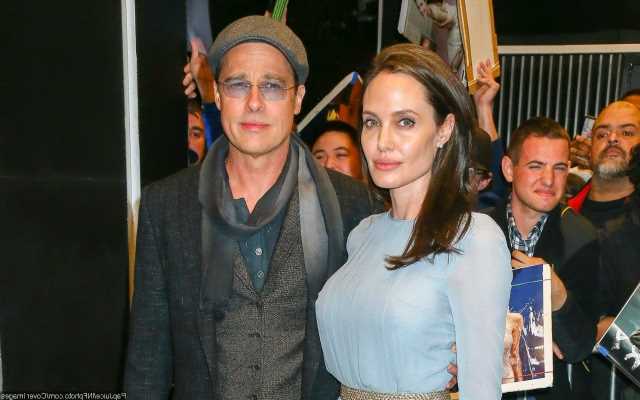 In a new interview, the ‘Bullet Train’ star also unveils a surprise bond with singer Nick Cave and British artist Thomas Houseago when he was newly single.

AceShowbiz –Brad Pitt has unveiled that he created art while stricken with “misery” in the wake of his split from Angelina Jolie. The “Bullet Train” actor said he turned to two friends, singer Nick Cave and British artist Thomas Houseago, when he was newly single as they had all suffered personal battles.

The 58-year-old actor told the Financial Times on Wednesday, October 12, “Our mutual misery became comic. And out of this misery came a flame of joy in my life. I always wanted to be a sculptor; I’d always wanted to try it.”

Brad found himself spending time at Thomas’ home art studio, where he was able to explore his reignited passion for art, with their and Nick’s joint exhibition “WE” debuting last month at the Sara Hilden Art Museum, Finland.

The actor said about his sculpture, “I was looking at my own life and really concentrating on owning my own s**t, where was I complicit in failures in my relationships, where have I misstepped. For me, it was born out of ownership of what I call a radical inventory of self, getting really brutally honest with me, and taking account of those I may have hurt.”

Brad and Thomas, who told the Financial Times about their friendship “we were thrown together in trauma and catastrophe,” have battled alcohol use, while Nick suffered from heroin addiction in the 1980s.

Brad and Angelina are still embroiled in legal battles after they split in 2016, with the actress most recently accusing him of physically abusing her and their children on a private jet trip, which he has denied.

The “Fight Club” actor, who has been linked to model Emily Ratajkowski, added to the Financial Times he takes “comfort” in friendships where he can be himself, and had a desire to “extend” that feeling into the “outer world” through art. He said, “What people make of it, I’m fine. I feel safe here because there’s a focus on our struggles as human beings, because it’s fraught with peril. And joy as well. I find I have to walk with the pain I experience, and I have to walk with the joy, the beauty.”