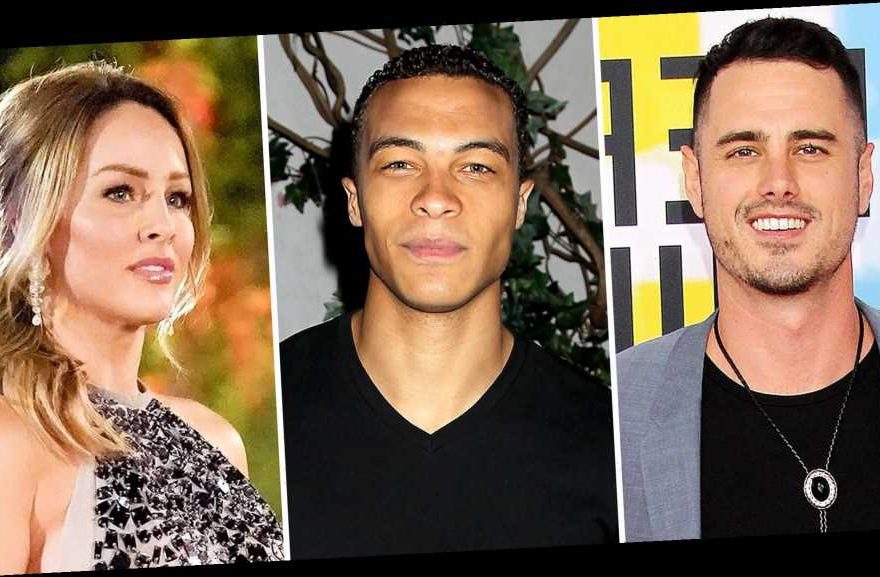 Not cool. Ben Higgins had some choice words for Dale Moss after learning that Clare Crawley was “blindsided” by his split announcement.

The former Bachelor, 31, told Access Hollywood on Thursday, January 21, that he was taken aback by how the Bachelorette couple’s split went down.

“That she found out they were parting ways when everybody else did, I think that’s completely inappropriate on his part. I think it’s so wrong that that’s the way this went down,” the reality TV star said.

Higgins noted that he didn’t have any details about the split beyond what the duo shared, but he said Crawley, 39, should have been made aware before the news went public.

“I don’t know the behind-the-scenes and why they split, but there’s nothing that could bring it up to a place where she would be blindsided publicly and have to respond publicly without knowing where they stood,” he said.

The “Ben and Ashley I Almost Famous” podcast cohost went on to share some advice for the newly single Bachelor Winter Games alum.

“I would say, it’s gonna hurt. You’re gonna be reminded a lot and then life start to move on and then you start to heal,” he suggested. “Breakups are unique because you can grow from them. … I would just say take some time to reflect.”

Moss, 32, confirmed the breakup on Tuesday, January 19 — shortly after Us Weekly exclusively reported the news.

“I wanted [to] share with you all that Clare and I have decided to go our separate ways,” he wrote in a statement via his Instagram Story. “We appreciate the love and support we’ve receiver from so many people, but this is the healthiest decision for both of us at this time.”

The hairstylist responded two days later. She wrote on her Instagram Story, “I was made aware of a ‘mutual’ statement at the same time you all were, so I’ve needed some time to really digest this. Speaking for myself, my intentions with this relationship have always been very clear, so the truth is I am crushed. This was not what I expected or hopes for and [I] am still trying to process this.”

Rumors had been swirling about a possible split for some time. Early in the year, fans noticed that Crawley and Moss were spending time apart, with him in New York and her in California. A source confirmed to Us that they were working through “serious issues” at the time. Then, on Saturday, January 16, Moss shared a photo of moving boxes amid snapshots and videos of him exploring the city, leading fans to believe they’d parted ways. However, he later explained that he had been helping a friend move.