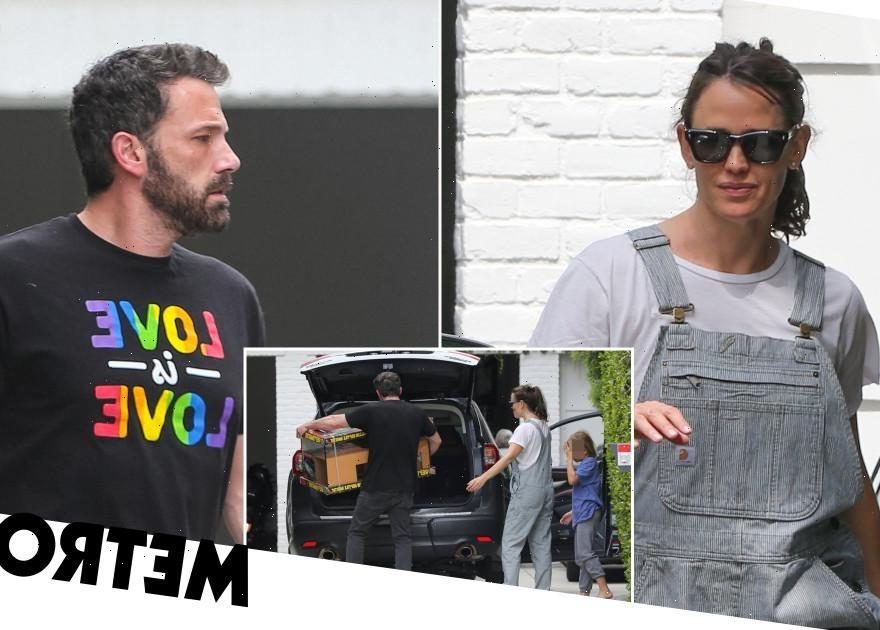 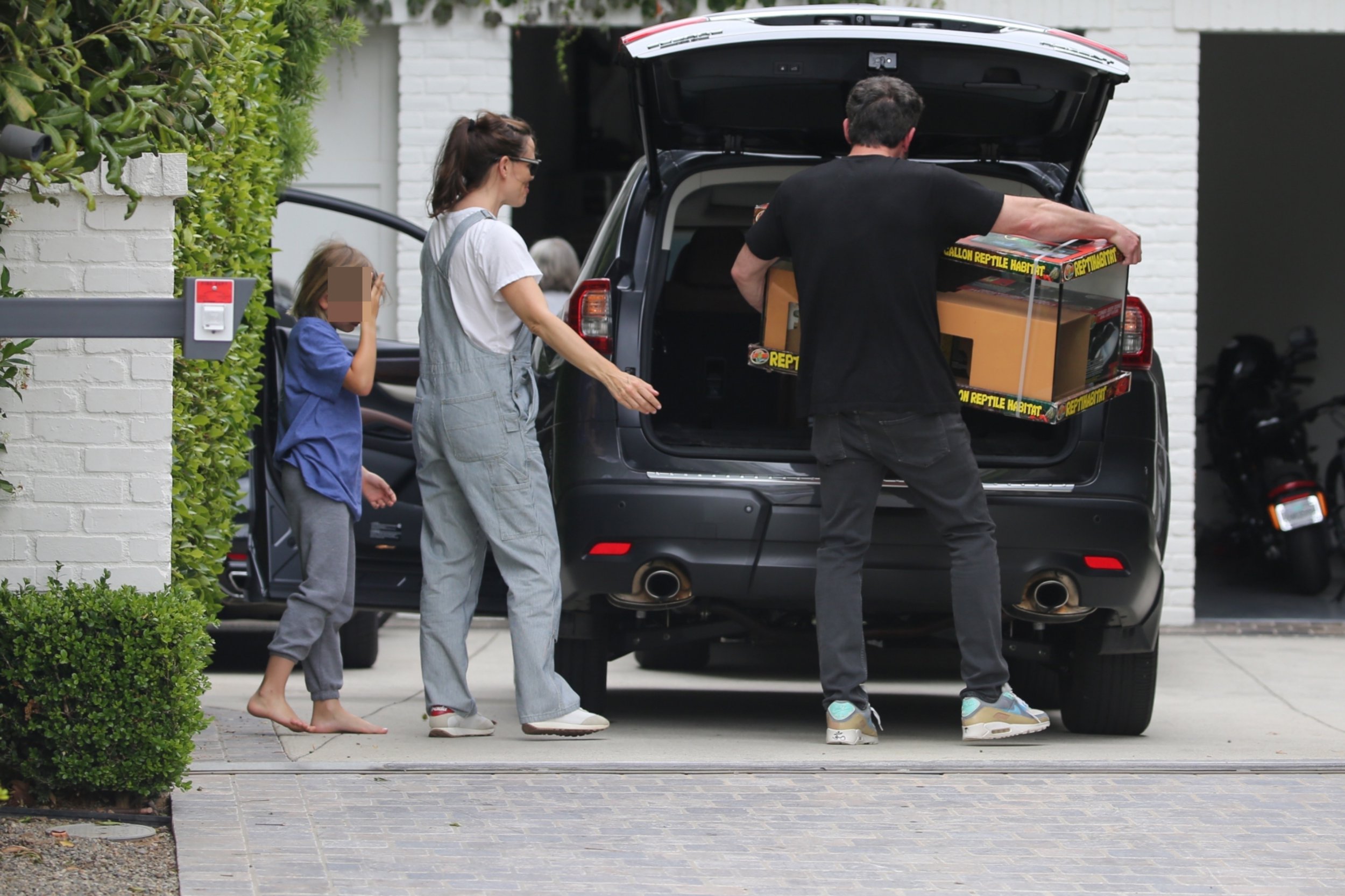 Ben Affleck was spotted on Father’s Day picking up a possible present from ex-wife Jennifer Garner’s car boot while their son Samuel looked on.

Transporting what looked to be a domestic reptile habitat out of Jennifer’s car, the pair looked happy and at ease with one another as they negotiated the transfer.

While the gift may be for one of their kids or for Ben (no judgement either way), the family were clearly making time to see each other on the special day as the Batman actor hefted the large box out of the car.

This comes amid the fan frenzy that followed Ben finally confirming a romantic reunion with his ex-fiancée Jennifer Lopez after they were spotted kissing on an al fresco date.

The pair had been spending plenty of time together, with a holiday to Montana and Ben visiting J-Lo in Miami, but this sight sealed the deal for both them and the many supporters of their rekindled relationship.

Jennifer is apparently among those fans, with an insider claiming she had given J-Lo her ‘seal of approval’.

Jennifer was dressed casually for the day in comfortable pale wash denim dungarees and a white T-shirt.

She was seen beaming behind her son as they walked between the car and the garage.

Ben was sporting trendy trainers and keeping things low-key too in a black T-shirt and faded black jeans.

Over the years, the pair have been co-parenting goals as they share the responsibility of looking after their kids together.

Before Bennifer rebooted, J-Lo and Ben’s relationship originally ended in early 2004 after they called off their wedding, and Ben then went on to meet and marry ex-wife Jennifer in 2005.

Their marriage produced children Violet, 15, Seraphina, 12, and nine-year-old Samuel, with the couple announcing their plans to divorce after a decade together in 2015.

Ben shared a very sweet tribute to Jennifer on Mother’s Day this year, where he said he was ‘so lucky to share these kids with you’ and thanked her for ‘all the good you do’.

On Father’s Day, the feeling is clearly mutual.