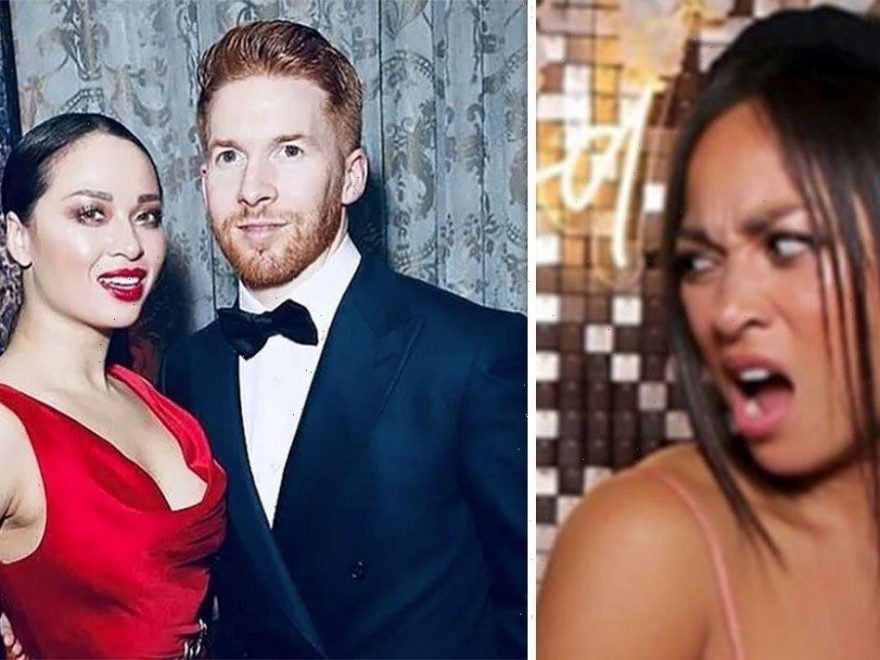 Strictly star Katya Jones posed alongside newlywed pal Amy Dowden who cheekily held up a sign promising: “She’s next!” However Katya’s disgusted face in the playful photo implied that getting hitched again was not on the cards for her, alongside the words: “Been there done it!”

Amy, 31, married her partner Ben Jones in July in a fairytale wedding in South Wales.

The nuptials had been due to take place in 2020, but the big day was postponed for two years owing to Covid.

When the ceremony finally took place in a lavish five star venue, the star-studded guestlist included Strictly judge Craig Revel Horwood, 57, past celebrity dance partners including Tom Fletcher, 36, and of course Katya, who is 33.

Meanwhile Tom, who is best known as a McFly band member, performed a rendition of All About You during the wedding party. 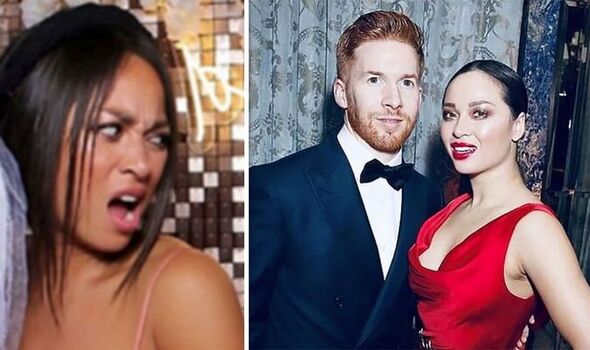 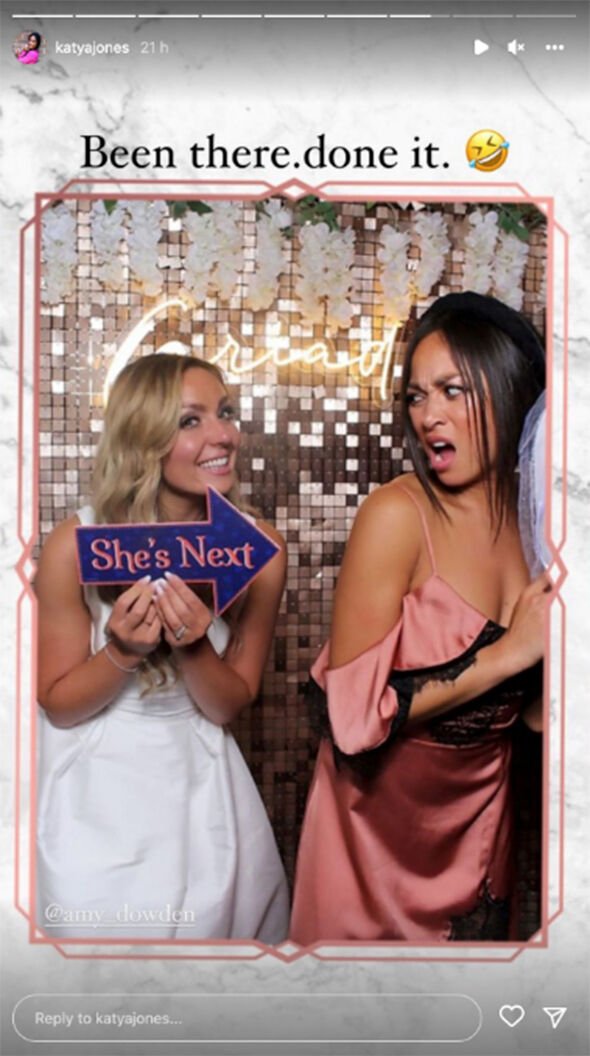 However Katya, originally from Saint Petersburg, has had her fair share of heartache and based on the face she was pulling for Amy’s picture, looks like she might not be keen on getting married again.

She was previously wed to fellow Strictly dancer Neil Jones back in 2013, but they split following a six-year marriage after a kissing scandal.

In 2018, Katya was spotted kissing comedian Seann Walsh outside a pub.

It resulted in an apology on the Strictly spin-off show It Takes Two, but sadly she and Neil divorced the following year. 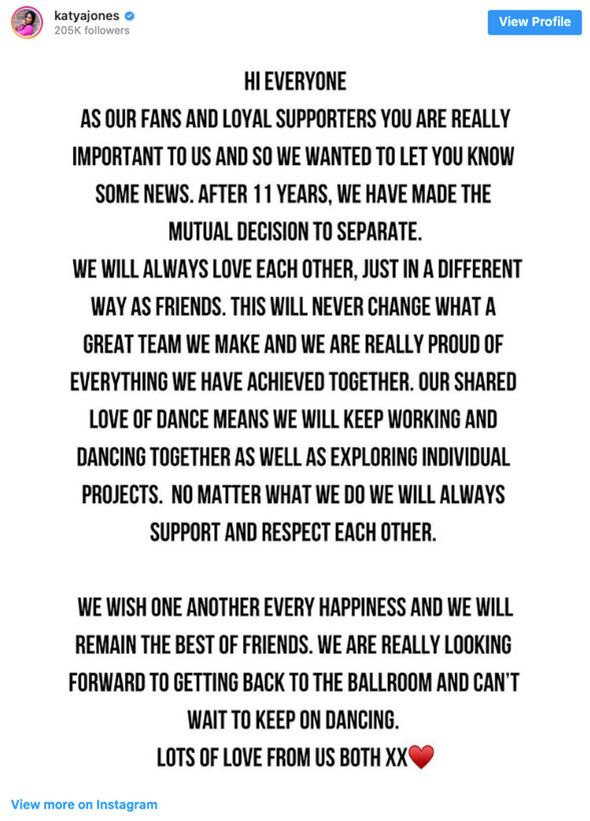 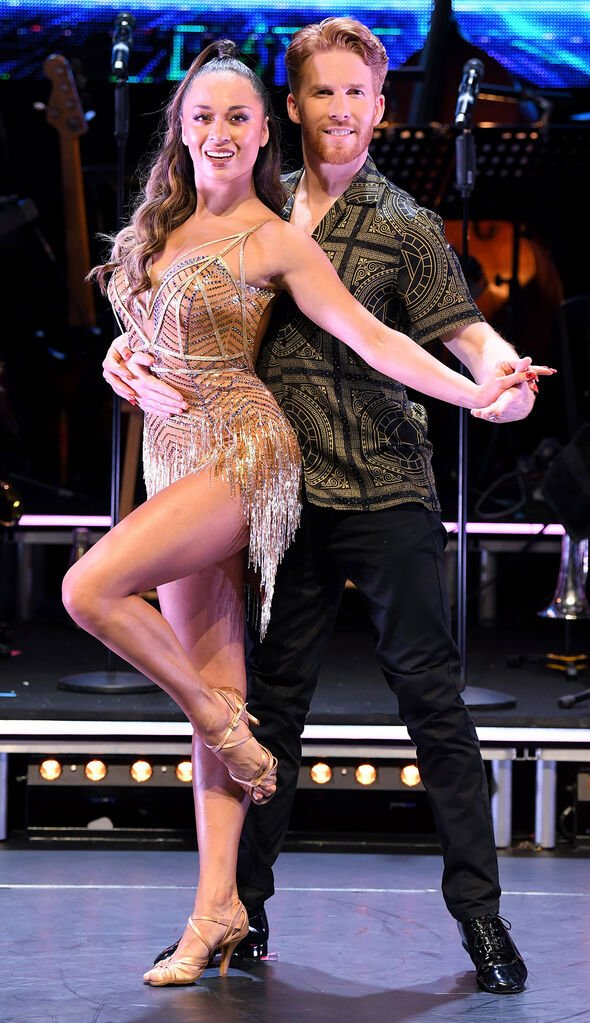 They explained that the kiss had no part to play in the split, and that they would remain “the best of friends”.

The pair seem to have kept that promise, staying in touch over social media and sharing embarrassing snaps of each other on special occasions.

For instance, on Neil’s birthday last year, a mischievous Katya teased him about his “ginger hair”, but urged him to keep it that colour.

She also apologised for times when she had attempted to straighten it for him in the past.

In spite of their continuing friendship, Katya remains single now.

She was all smiles at pal Amy’s wedding though, showing up in a glamorous peach gown with black lace trim.

The Strictly star shared throwback snaps on her Instagram account yesterday from the day when Amy said “I do”.

These included a photo of the bride and groom getting sprinkled with confetti as they walked down a makeshift outdoor aisle.

“What a beautiful day this was!” Katya exclaimed.

“We watched them tied the knot, we laughed, we cried, we danced , we celebrated their love!

“So happy for @amy_dowden and Ben!”

She added: “Cherish each other and keeeep dancing now as Mr & Mrs Jones!”