EXCLUSIVE: A gleaming, stainless steel DMC DeLorean is ready for its star turn in New York. Phantom of the Opera has its chandelier, while Miss. Saigon boasted a helicopter hovering into view. And now, the Broadway-bound hit West End musical Back to the Future is revving up with a scene-stealing DeLorean time machine.

At a recent matinee performance at London’s Adelphi Theatre of Back to the Future, based on the 1985 movie starring Michael J. Fox, written by Bob Zemeckis and Bob Gale, and directed by Zemeckis, grown men — many with partners and children — gave their loudest cheers when the DeLorean made its appearance. It arrived in a haze of smoke and flashing blue and white lights some 20 minutes into the first act. “It does get them excited,” the show’s lead producer, Colin Ingram, marveled. “Especially when it travels for the first time, back to 1955,” he said.

The British-designed, Dutch-engineered stage vehicle “is a roughly $300,000 piece of scenery, and it twists, tilts, goes forward and revolves around the revolve,” Ingram explained. Actor Ben Joyce, dressed in Marty McFly’s trademark garb of orange body warmer and ’80s style denims, demonstrated the DeLorean’s computer-generated systems to a Deadline reporter. 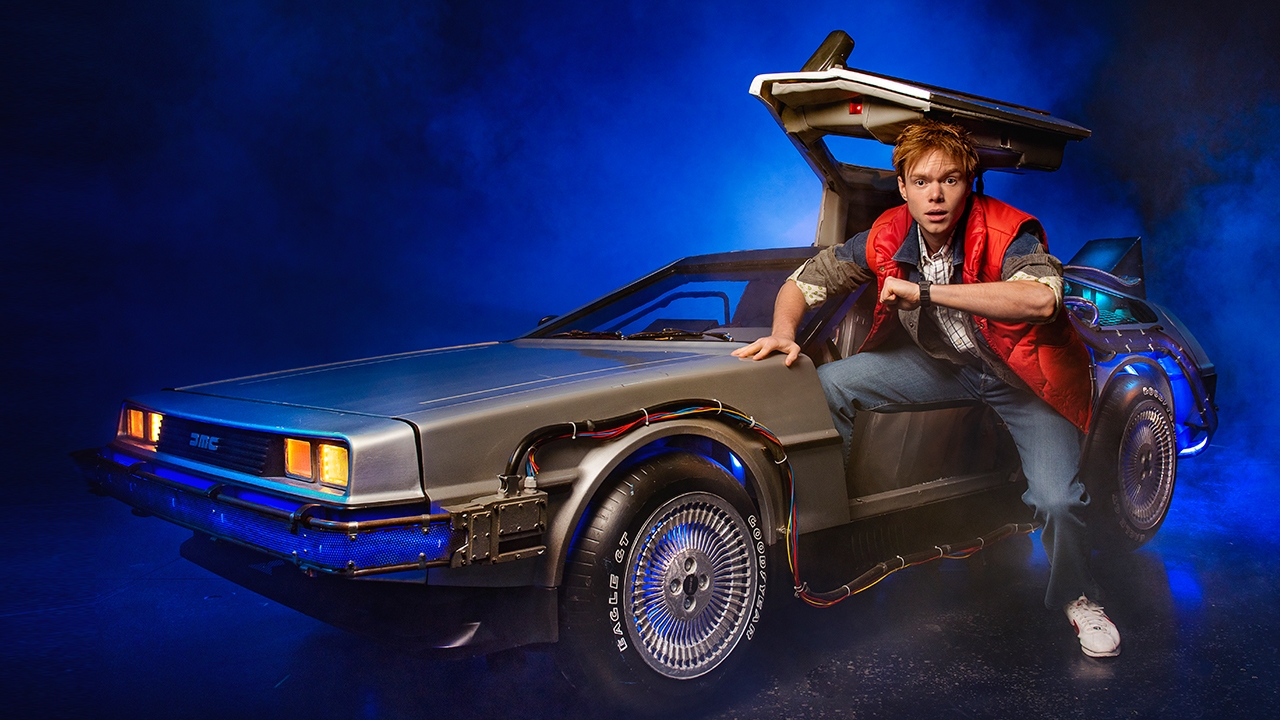 The DeLorean time machines will be made in the UK, then shipped to the U.S. for Broadway and other North American productions. There are plans for at least eight additional international productions of Back to the Future.

Joyce, who hails from Swansea in South Wales, is presently starring in the London production of Jersey Boys at the Trafalgar Theatre. He’ll be going from Frankie Valle to Hill Valley when he joins Back to the Future. The 22-year-old actor saw the show at the Adelphi last year, months before he had an opportunity to audition for it. “My first two West End parts are both iconic roles,” he said.

Back to the Future is about to hit its one-year mark at the Adelphi, and its first major cast change will see Joyce take over as Marty from Olly Dobson, who originated the role. Neither will transfer with the show to Broadway. Ingram said that auditions for Back to the Future start late August into September, noting that in the U.S., Marty must be played by an American. 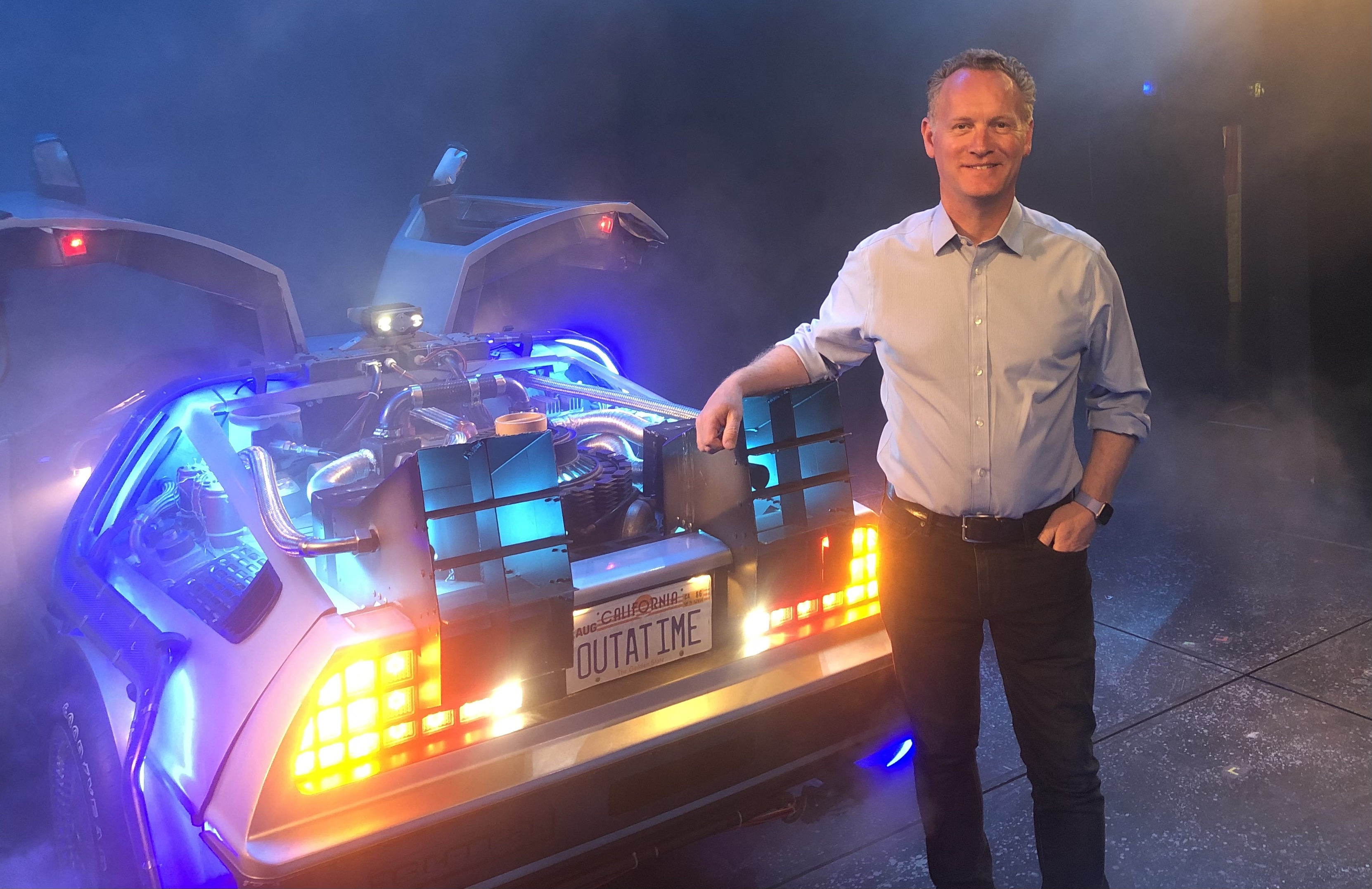 Tony-winning Roger Bart (The Producers) has been with the show from the beginning as Doc Brown, the part created in the 1985 film and its two sequels by Christopher Lloyd. He will remain with it in London and beyond. “We’re in negotiations for Roger to play Doc on Broadway,” Ingram confirmed. 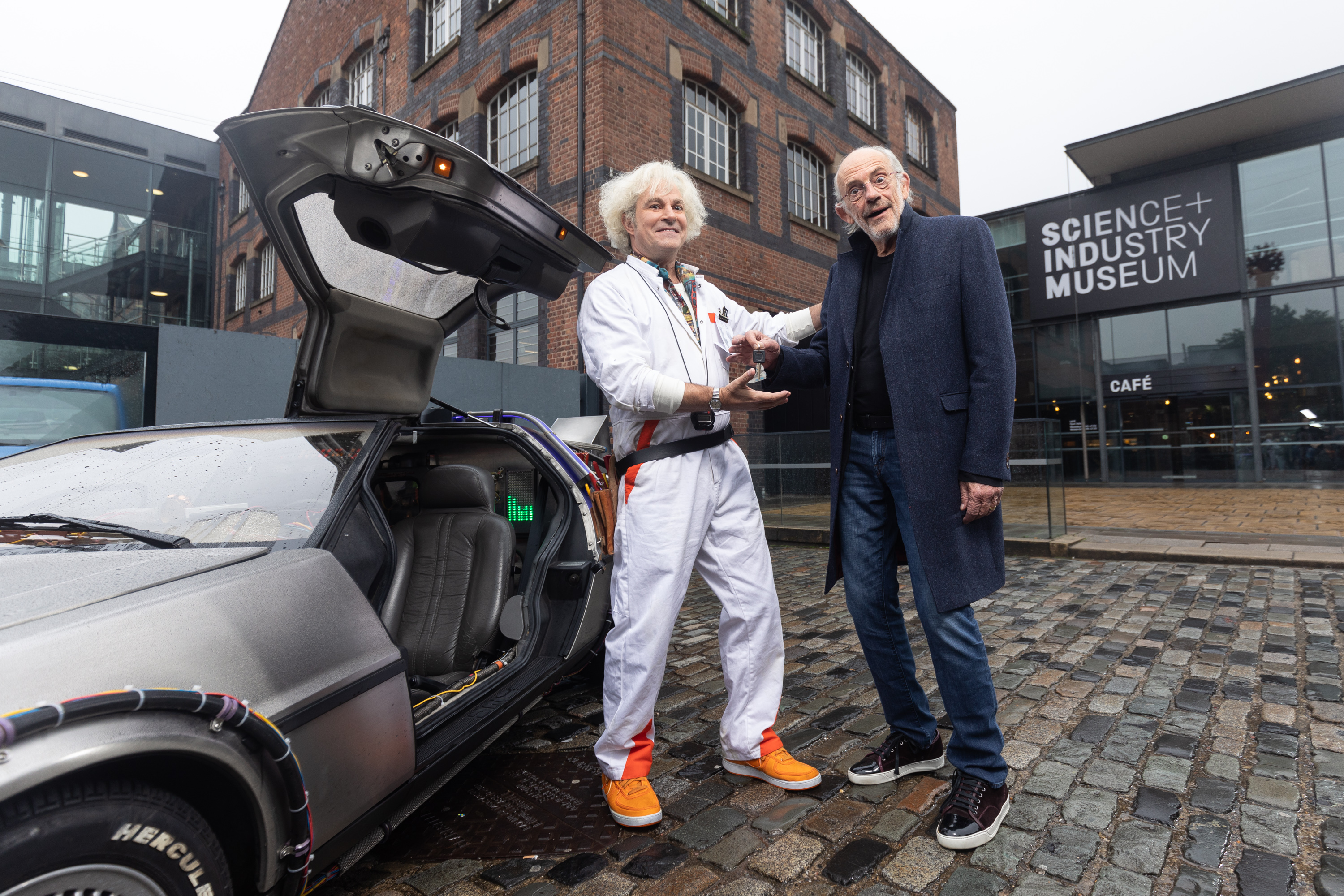 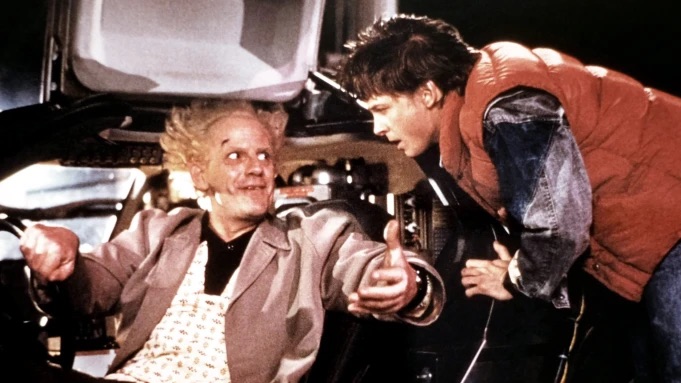 Official announcements about Back to the Future will be made in September, with tickets going on sale in October. No opening date has been made public. Deadline can report that producers and creatives are said to have identified the Winter Garden Theater as its home for their show. When questioned, Ingram responded, “I can’t say it’s the Winter Garden. We’re still negotiating.”

Then, he stressed, “I’m not confirming it.”

Nor would Ingram confirm that the Broadway production of Back to the Future will come with a whopping 21st century price tag of $23.5 million, though he did acknowledge that it’s costing far less than the $28 million Broadway musical adaptation of Baz Luhrmann’s movie Moulin Rouge!, adding “ There’s big contingency in there.” 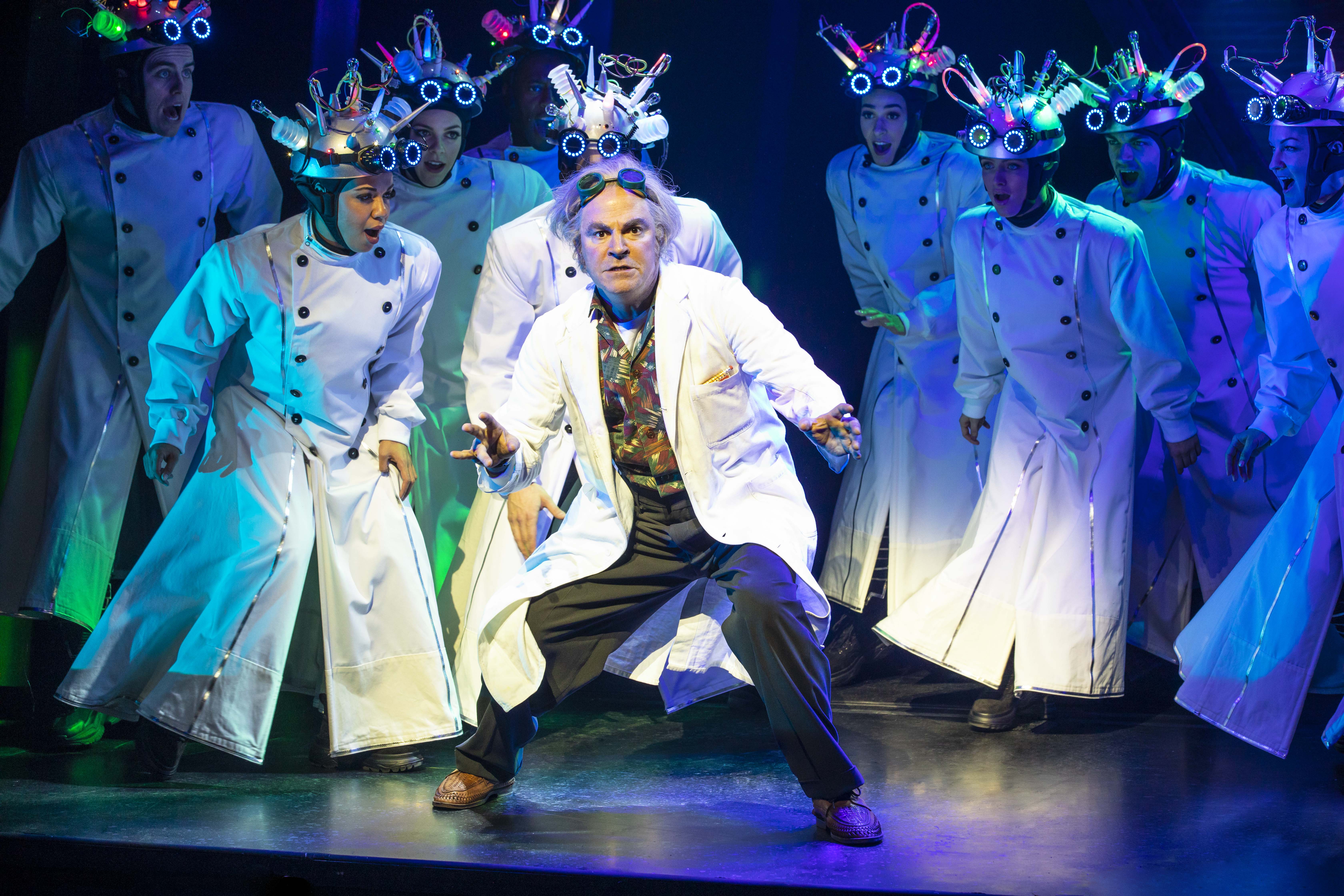 The London production is expected to recoup by year’s end, or early in 2023.

The Back to the Future musical was written by Gale, with music and lyrics by Alan Silvestri and Glen Ballard, and directed by John Rando. Show was designed by Tim Hatley.

Madeleine Astrid Gurdon, Baroness Lloyd-Webber, is deputy chairman of LW Theatres, part of her husband Andrew Lord Lloyd Webber’s Really Useful Group empire. She is the behind-the-scenes power broker. It was she, who, upon seeing an out of town performance of Back to the Future at the UK’s Manchester Opera House in February 2020 (before the pandemic shut down theaters), declared that the Adelphi would be its West End home, disappointing several producers who coveted it.

So far, her bet has proven a wise one. The show’s a fun, crowd-pleasing entertainment spectacular for the family, not an artistic masterpiece. However, it did win the Olivier Award as this year’s best new musical, and other honors.

Visitors to London can see Olly Dobson as Marty McFly for a few more weeks, until Joyce replaces him August 17.

Rando and his team of creatives are working on some changes to the production that’ll be introduced when Joyce joins the show. “Unless you’ve seen the show a dozen times, you won’t notice them,” said Ingram. “It’s all about tightening the show. The changes aren’t major,” he added.