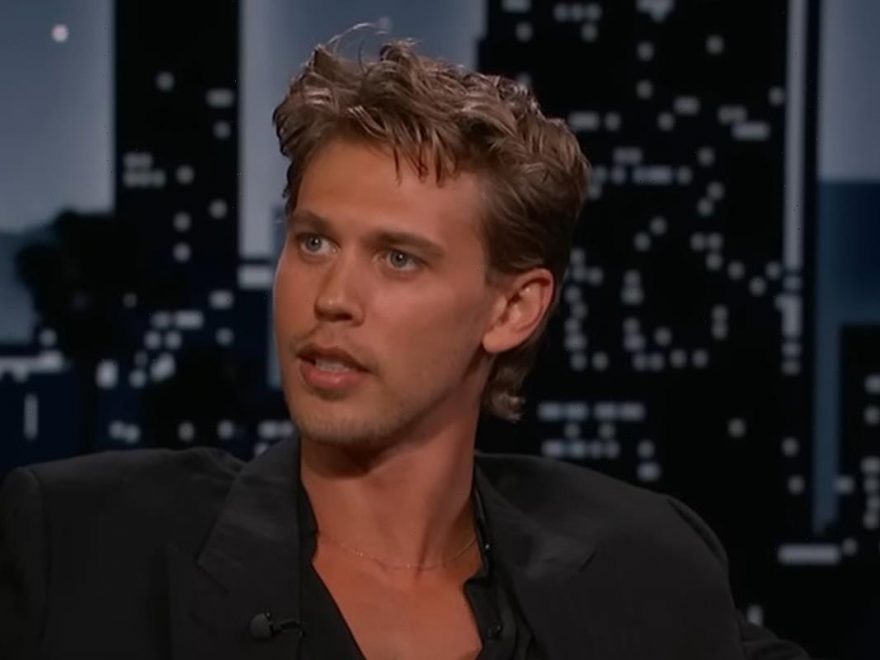 Austin Butler is opening up more about his prep for his role as Elvis Presley.

The 31-year-old actor, who has received high praise for his work in Elvis, made an appearance on Jimmy Kimmel Live where he dished on wallpapering his apartment to prep for the film.

Austin also shared how that came in handy while filming the biopic.

See what he said inside…

When filming on the movie was shut down due to COVID, and he was told he should head back home to the US, Austin said that if he went back to real life, he would lose his focus, so he stayed and fully immersed himself in all things Elvis.

“It became like A Beautiful Mind or a detective scene or something, because I wallpapered my entire apartment with images of Elvis from different time periods, and I had this compilations of his voice that I would listen to every day – his laugh, his different songs,” Austin told Jimmy Kimmel.

He added that he had dialect coaches, singing coaches, a movement coach and even a karate instructor.

Since the movie covers different time periods in Elvis‘ life, Jimmy asked if they filmed in chronological order, and Austin said they didn’t.

“That was the tricky thing. We thought we were going to shoot it that way, but then what we ended up doing was out of sequence, because COVID and everything, schedules, and… So it meant that one day we’d be in ’73, the next day in ’56,” he dished. “And Elvis‘ voice changed so much, his body changed so much, so that’s the reason why I wallpapered my apartment, because I needed the timeline, so I knew where am I today. There’s quotes, there’s everything, so I knew where he was spiritually and physically.”

Over the weekend, Austin and his girlfriend Kaia Gerber were spotted attending the W Magazine and Louis Vuitton Awards Season dinner.