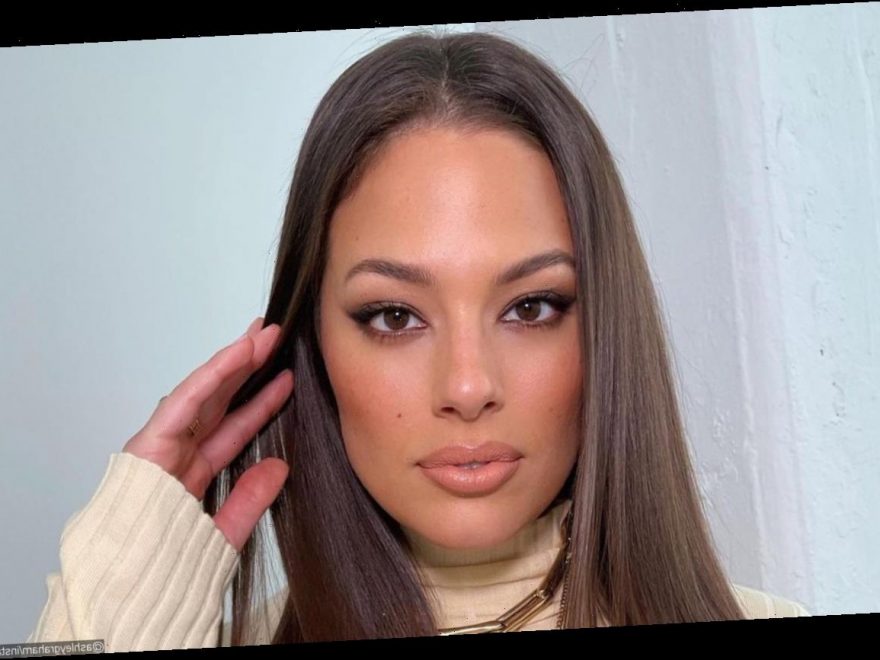 A little over a year after giving birth to her first child, the ‘American Beauty Star’ host shares a photo of her showing off a series of painful-looking marks across across her shoulder blades and neck.

AceShowbiz -Model Ashley Graham alarmed her Instagram followers on Tuesday, March 9 after showing off a series of blotchy red bruises across her upper back.

The beauty, who welcomed her first child in early 2020, shared a photo of herself smiling into a mirror as the image, taken from behind, displayed the painful-looking marks left in a butterfly-like pattern across her shoulder blades and neck.

“Omg [oh my God] what are those marks on the back [sic],” asked one concerned fan, while another wrote, “What happened to your back… I’m scared [sic]”.

Ashley has yet to respond to the worried fans, but those in the know quickly weighed in, explaining she had likely undergone the Chinese body treatment known as gua sha, which involves the continuous scraping of a blunt instrument across the skin to stimulate blood flow and cell regeneration.

“That’s gua sha. Removes toxins from your body and gets your blood flow going,” one person claimed, as another added, “In Indonesia, it’s called ‘kerokan’.”

Confirming that Ashley’s bruises was likely coming from coining or Gua Sha treatment was board-certified dermatologist Dr. Hadley King. To Us Weekly’s Stylish, she said, “the bruises are likely resulting from pressure applied to the skin with jade, a coin, a buffalo horn or another hard object.”

“Some believe that coining stimulates different points of the body regulates blood flow,” Dr. King continued. “It may be able to help lower a fever because the pressure strokes cause capillary dilation which in turn results in heat dissipation from the body.”