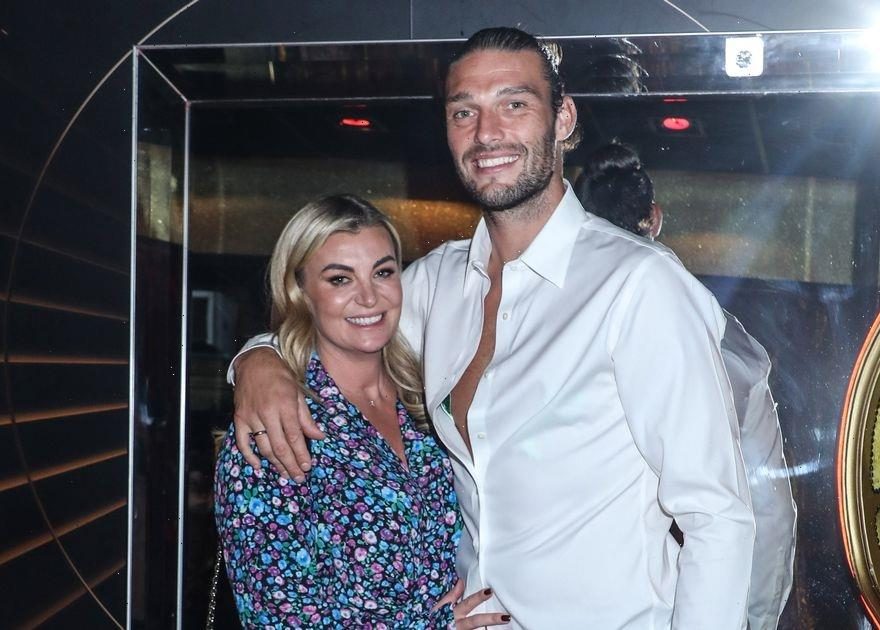 Newlyweds Andy Carroll and Billi Mucklow were spotted enjoying a rowdy night out with friends in the capital this weekend.

Putting on a PDA display, the footballer and his former TOWIE star wife were joined at London's Proud Cabaret bar by West Ham defender pal Aaron Cresswell as well as his wife Jessica Unsworth.

The foursome were papped sipping champagne from flutes as them surrounded the club's open booths, with one snap appearing to show a slide of cake along with a sparkler which was presented to the 'WAGs' by waiting staff, implying there may have been cause for celebration on their big night on the town.

Another photo from the festivities show Reading FC forward Andy with his arm draped lovingly around reality star wife Billi – with whom he tied the knot in an elaborate Hampshire ceremony in June this year – as the two watched Dita Von Teese lookalike 'Lady Lydia' perform for their table.

Andy kept his look casual for the night, pairing some grey trainers with dark cigarette trousers and a half-open white shirt.

The extravagant evening comes just two months after the loved-up pair exchanged vows before their friends and family at 'Carrollchella', their breath-taking Four Seasons Hotel wedding, in June.

Prior to the celebration, there was speculation as to whether the lavish big day would go ahead at all after Andy was photographed appearing to be passed out in bed next to a blonde woman during his stag-do in Dubai.

Despite the woman in question confirming that nothing conspicuous had occurred between she and Andy, it is understood that former Essex star Billi was left heartbroken by the revelation.

But seemingly making up in the weeks that followed, the husband-and-wife-to-be seemed ever the happy newlyweds as they shared an array of snaps from their wedding celebrations with their followers on social media.