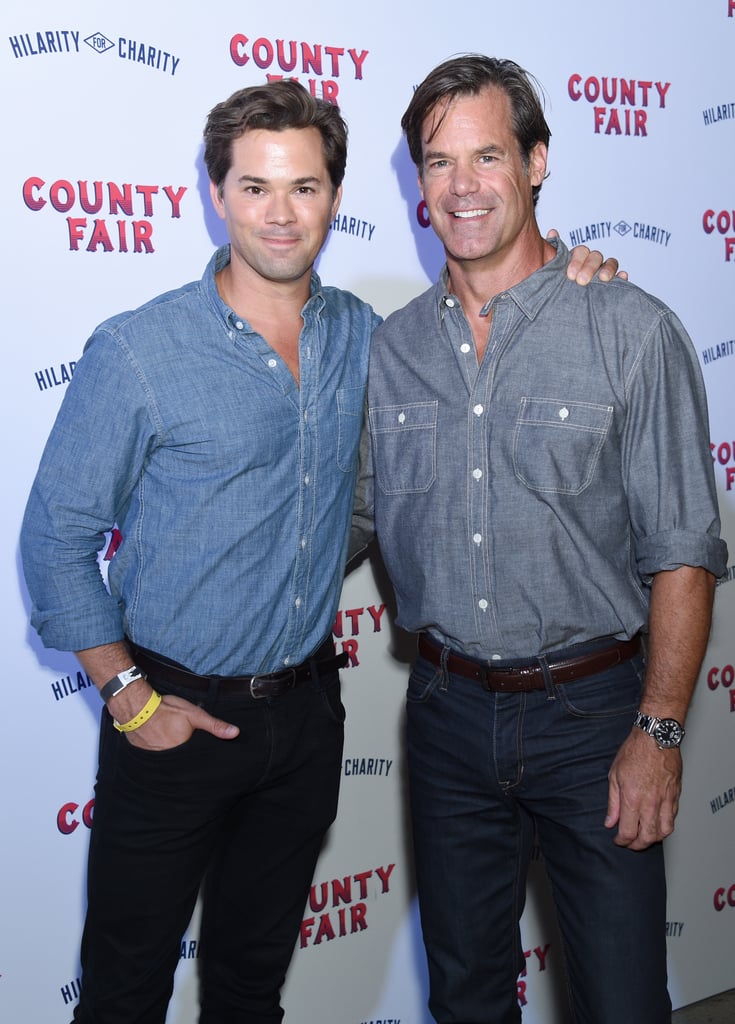 Is there anything more satisfying than an onscreen (or onstage) couple becoming an actual couple? That’s exactly what happened for actors Andrew Rannells and Tuc Watkins, who went from playing partners in the Off-Broadway play The Boys in the Band (as well as in Hulu’s Black Monday) to an IRL item. And while The Boys in the Band‘s Larry and Hank and Black Monday‘s Blair and Roger are two pretty dysfunctional pairs, Andrew and Tuc’s relationship seems anything but. Ever since the two became IG official in September 2019, they’ve been sharing plenty of loved-up photos with each other (and with Tuc’s twins, Catchen and Curtis), and their sweetest pics will get you even more excited to watch Netflix’s Ryan Murphy-produced adaptation of The Boys in the Band.