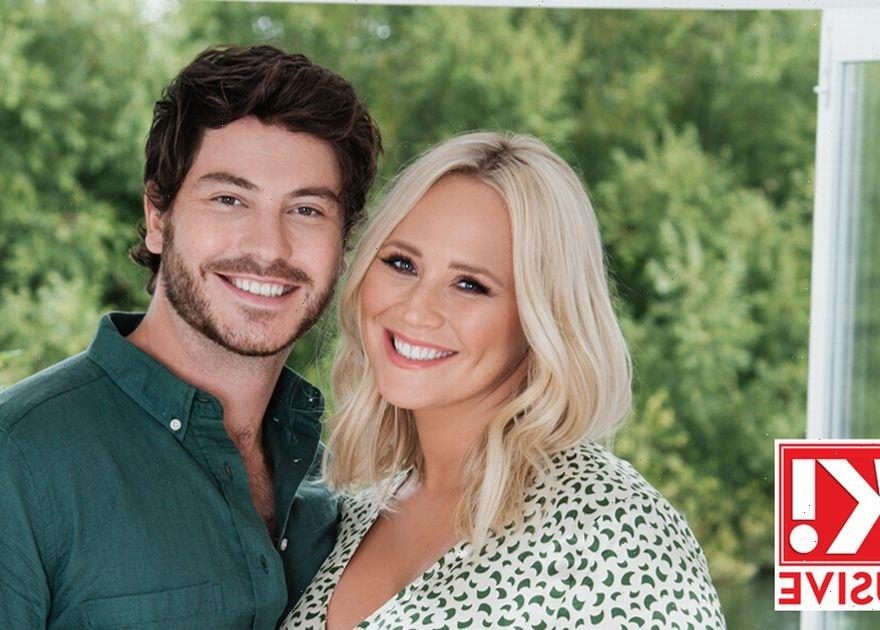 Emmerdale actress Amy Walsh has spoken exclusively to OK! about finding out she is expecting a baby with her Eastenders actor partner Toby-Alexander Smith – and revealed the emotional moment she discovered the news.

Speaking to OK! in a gorgeous maternity shoot, Amy, 34, detailed how she felt when the pregnancy test was positive.

The actress said: "I obviously didn’t think it was going to happen that quickly so I was going to a bottomless brunch. I was two days late with my period, so I was like, 'I’m meant to be drinking today, do you think I should just check I’m not pregnant?'"

"I did the test and got in the shower and Toby was making breakfast," she continued. "I caught sight of it in the shower and we’re so used to lateral flow tests and two lines being a bad thing, so I was second guessing myself about what I was looking for.

"I finished showering and looked at it again and ran to tell Toby. He didn’t believe me, he thought I’d bought a joke test!"

Amy then spoke about her partner's reaction, adding: "I remember him standing there with his hands on his head with a massive smile on his face for ages. And then we both started laughing and crying."

Toby then interjected: "It was just such a concoction of emotions. We both assumed it would take a long time, so everything in that moment felt magical. I was in disbelief."

Amy added: "I ended up going to the brunch but I had to tell my friends the news as I wasn’t drinking. They were all crying. It was so weird because I’d only found out an hour before!"

Amy recently opened up about her recent portrayal of postnatal depression on in Emmerdale and said that it has been so realistic that some viewers have told her they had to switch off the soap as it was too upsetting.

The actor, who plays new mum Tracy Metcalfe, urged fans to keep tuning in as she promised everything would turn out alright for Tracy and said that it is important for viewers suffering the same problems to see that they could get help.

Appearing on This Morning to discuss the storyline, which has seen Tracy fall into depression as she struggles with life with a newborn, she was joined by Dr Larisa Corda who gave a medical view of the condition.

For all your updates on Amy and Toby's relationship, sign up to our daily OK! newsletter.

Dr Corda told hosts Rochelle Humes and Eamonn Holmes that postnatal depression rates had rocketed during the pandemic and said: "The number one killer of women in the first year after giving birth is suicide, so I dread to think what these figures might mean."

Eamonn asked: "That's where we're at with Tracy Amy, is it not?"

Amy said: "We're getting there unfortunately, she's getting to a really dark point. It's been important for us to tell a story of hope and for people not to be scared away from how this story unfolds because I think it's really important to see Tracy's journey through to the end.

The Emmerdale star, whose sister is Kimberley Walsh, added: "It seems the ones who don't get help suffer with suicidal thoughts more than those that do."

Read Amy and Toby's full interview – and see all the beautiful pictures from their pregnancy shoot – here.