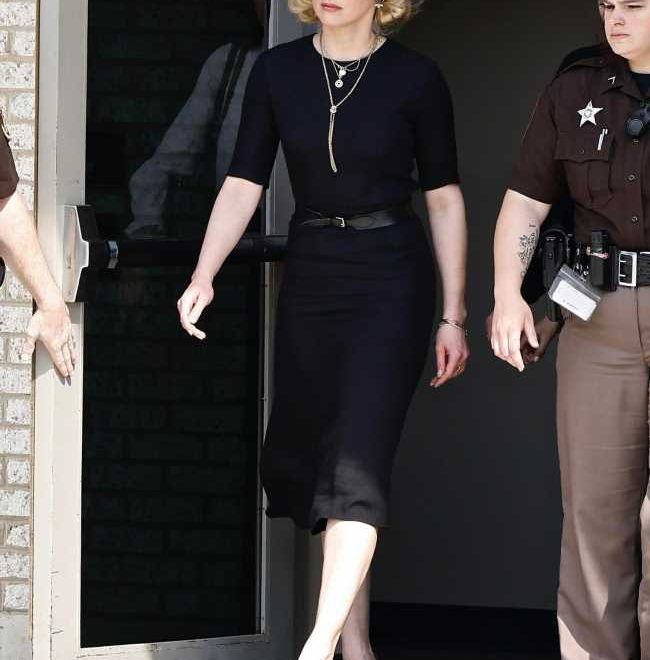 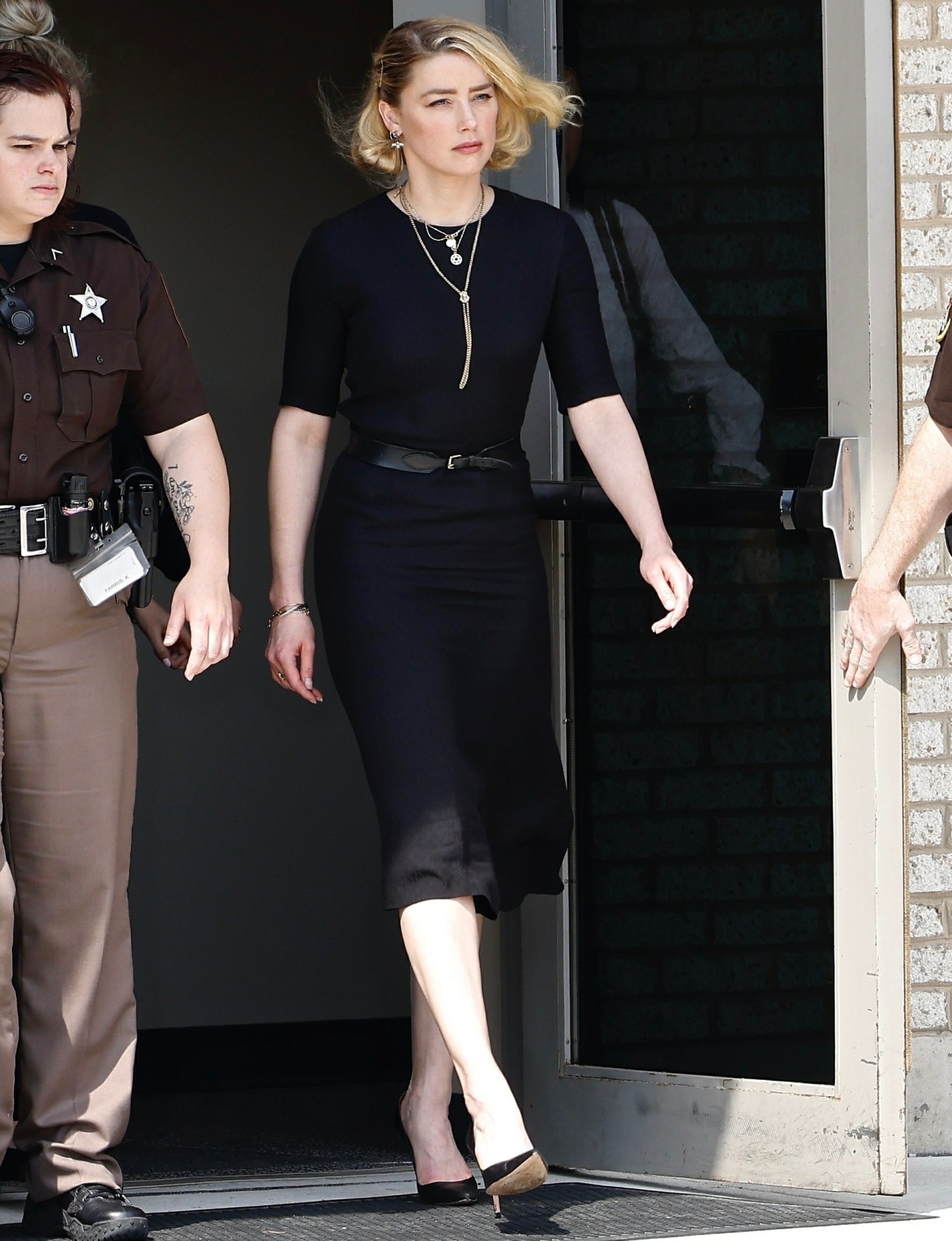 Here are some photos of Amber Heard leaving court in Fairfax, Virginia, just after the jury’s verdict came down. Years after Amber Heard divorced Johnny Depp, she wrote a Washington Post op-ed where she “felt the full force of our culture’s wrath for women who speak out” about domestic abuse. She wrote about how her personal and professional life was affected in the wake of speaking out about being a victim of domestic violence. She never mentioned Depp by name. That op-ed was published in 2018. In 2019, Depp sued her for defamation. Before the American case could proceed, Depp had to deal with the libel lawsuit he brought against the Sun, the British tabloid, which had referred to him as a “wife-beater.” Depp lost the libel suit and the judge found that there was ample evidence that saying or writing “Johnny Depp is a wife-beater” is a statement of fact and not libelous in the least. That was in 2020.

For the past six weeks during the Fairfax trial, Depp and his people have waged a sustained and batsh-t disinformation campaign against Amber. There have been live-streams of the case, TikTokers have been mocking Amber, tweeters have been running around lying in defense of a man with a history of violence, and Deppford Wives have been inserting themselves in every single conversation. Here at Celebitchy, we have not been immune. We’ve been dealing with Depp bots, Depp trolls and truly unwell Depp fans for years and it’s ramped up in recent months. Which is why we’ve opted out of daily coverage of the Fairfax trial (and also why we ignored the day-to-day storylines from the UK libel case). As I said, there’s been a sustained campaign. Someone is bankrolling this. This is not simply an organic surge of Depp-fandom. It never was.

The Fairfax trial was, frankly, deplorable. Depp’s goal was, as ever, to punish Heard. That’s been his goal for years now, to humiliate her, to punish her, to abuse her by any means necessary, to ruin her financially and professionally. And in this case, he won. The jury came back on Wednesday. The jury was not sequestered, by the way. They all had access to those TikToks and the paid Depp pysops campaign being waged like he was trying to steal an election. The jury mostly found in Depp’s favor, no surprise.

A jury has found both Amber Heard and Johnny Depp liable for defamation in their lawsuits against each other. Depp sued Heard, his ex-wife, for defamation over a 2018 op-ed she wrote for The Washington Post in which she described herself as a “public figure representing domestic abuse.” Though Depp was not named in the article, he claims it cost him lucrative acting roles. Heard countersued her ex-husband for defamation over statements Depp’s attorney made about her abuse claims.

The jury found that Heard defamed Depp in three separate statements in The Washington Post piece, and that Depp defamed Heard with one statement his attorney made.

This reminds me of the “mutual abuse” argument the Deppford Wives made for about a week. That sure, Depp and Heard had a toxic and abusive relationship but that Heard shouldn’t have done this or that. That’s what this verdict is – it’s the “both sides, but mostly we hate her” verdict. While I believe that this campaign was almost all about an abusive man’s ego and sadism, it obviously has wider repercussions. The worst people in America are already celebrating this as “the end of Me Too” and “the end of Believe Women.” The GOP is celebrating merely because “bitches, right?” All of this is just… contemptible. 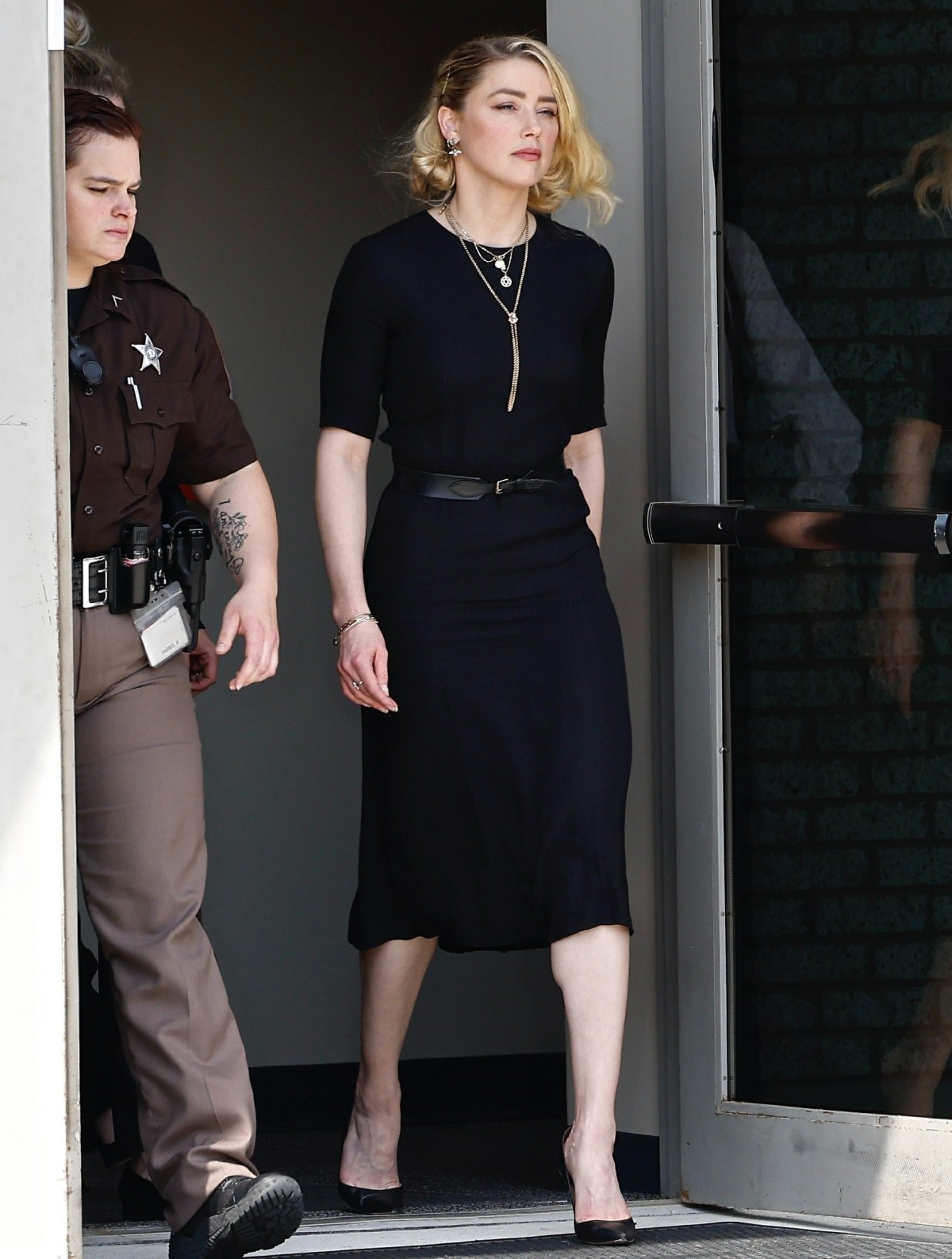