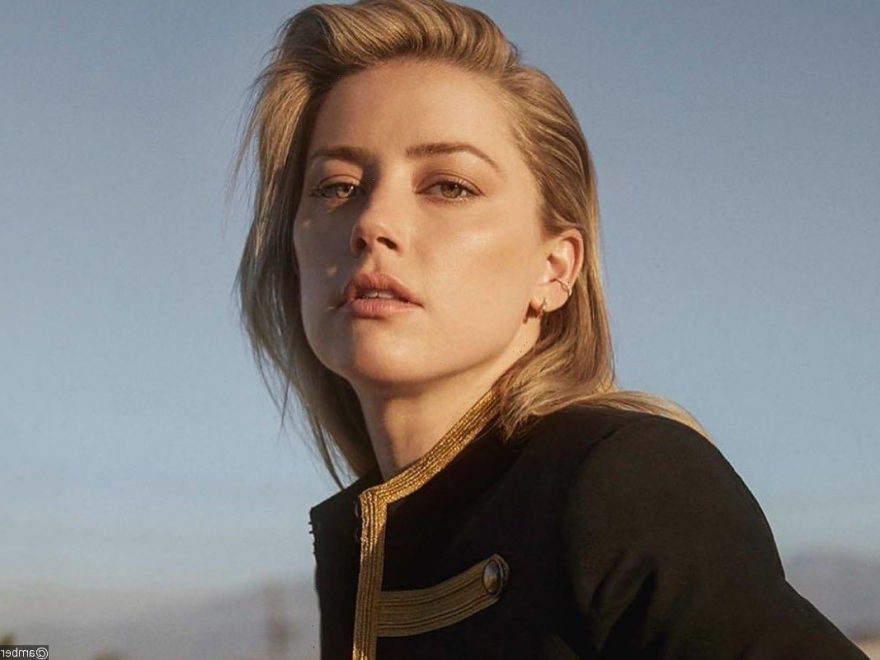 In a pre-recorded deposition, Terence Dougherty, the chief operating officer and general counsel of ACLU, says that the actress only gave the organization half of the $3.5 million donation she promised from her divorce settlement.

AceShowbiz –Amber Heard has given the American Civil Liberties Union (ACLU) just half of the promised $3.5 million donation she pledged following her divorce.

The “Aquaman” star had vowed to give her $7 million settlement from Johnny Depp to charity, with half set to go to the organization and the other half earmarked for the Children’s Hospital Los Angeles, but in testimony revealed in court as part of the former couple’s defamation trial on Thursday, April 27, it was revealed she has yet to honor her promise in full.

Terence Dougherty, the chief operating officer and general counsel of ACLU’s pre-recorded deposition, which was filmed in December 2021, was broadcast to the jury, and he explained the 36-year-old actress was put forward as an ACLU ambassador following her pledge to provide the large donation, but noted it hadn’t fully been sent by the time of the deposition.

Mr. Dougherty said the ACLU believes the $500,000 payment came from a fund set up by Elon Musk, who Amber dated following the end of her marriage, and the SpaceX CEO had sent an email to advise the full $3.5 million would be paid over a 10-year period, though it was never confirmed, and the organization hasn’t since received any money. He said, “We didn’t receive any amounts in 2019 and on.”

Asked what efforts they have made to get the rest of the money, he replied, “We reached out to Ms Heard starting in 2019 for the next instalment of her giving and we learned that she was having financial difficulties.”

The COO was asked about Amber’s position as an ambassador for the organization. He said, “Ms Heard spoke with such clarity and expertise on issues of gender-based violence, that [ACLU representatives] decided she would be an appropriate person to ask to become an ACLU ambassador.”

This was the point where the idea came up for her to write the op-ed for the Washington Post, which led to the “Pirates of the Caribbean” actor taking legal action for defamation, as he argued although the piece doesn’t name him, it contains a “clear implication that Mr Depp is a domestic abuser.”

While he is seeking damages of “not less than $50 million,” Amber has filed a $100 million counterclaim for nuisance and immunity from his allegations.