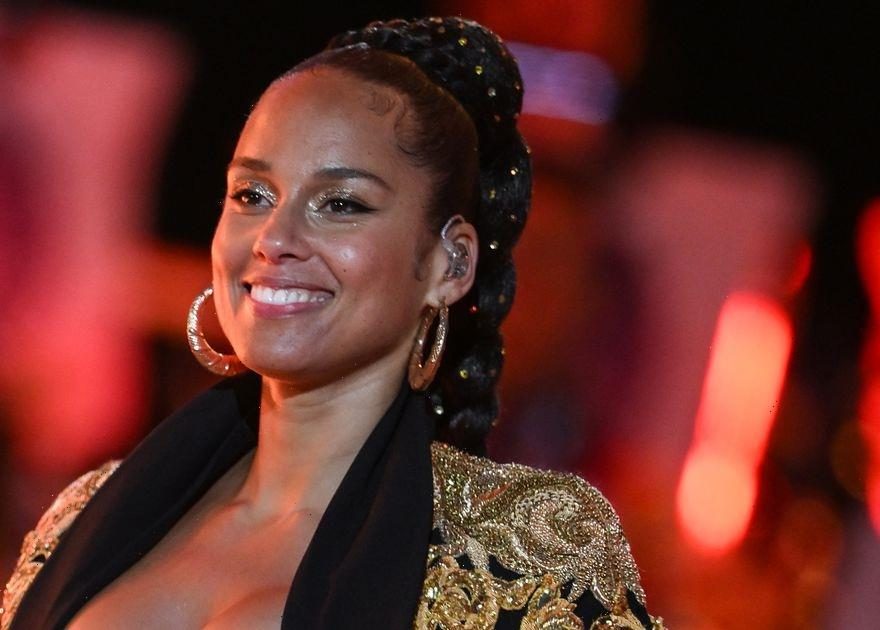 Alicia Keys has revealed a big backstage secret from her performance at the Queen's Party at the Palace.

The American singer, 41, was invited to take part in the Queen's Platinum Jubilee, joining a number of other top musicians who performed for the monarch at Buckingham Palace.

But the singer has dropped a massive bombshell, confirming that the Queen herself chose the entire setlist that she performed, including Alicia and Jay-Z's 2009 hit song, Empire State of Mind.

She shared a montage of her time at the palace on Instagram, writing: "Epic night at the jubilee!! Celebrating the Queen and all the Queens!!!!!

Alicia also added the lyrics to her song Girl On Fire: "She’s got her feet on the ground and she’s burning it down!”

But then, she shared the behind-the-scenes info with her followers, writing: "FYI: Every song was requested personally by the Queen. Even EMPIRE!! Big lovvveeee!!!!!"

In some of the footage, Alicia can be seen riding in a golf cart with her two sons, Egypt, 11, and Genesis, seven.

In the video, she said: "I'm telling the boys that the Queen requested the songs that I'm singing. And they were like, 'You can't refuse the Queen!'

Egypt then says: "You can't refuse the Queen – it's against the law in Europe!"

In other clips, Egypt can also be spotted having a go at conducting the 70-piece orchestra that accompanied the artists at the concert.

Alicia's fans were as excited as her at the reveal, with one writing: "The fact that the Queen requested Empire is Epic!"

Another said: "Congratulations!! You are amazing and so inspiring"

While a third added: "You killed it Saturday night. My 10yrs old niece and l were in the crowd and thought you was amazing. A night she will never forget."

The event was full of incredible musicians, from Queen and Adam Lambert, to UK Eurovision hero Sam Ryder, to German composer Hans Zimmer, to Andrea Bocelli.

A number of stars from the stage and screen also appeared at the party, including Sir David Attenborough, David Beckham, Stephen Fry, and even a special appearance from Paddington Bear.

The sketch, which was kept under wraps even from the rest of the royal family, had the record-breaking monarch meeting one of the UK's most cherished bears for a pot of tea and a marmalade sandwich to officially open the concert.

The video, which was a big surprise for people across the country, got big laughs from the royals themselves, with Prince William, Kate Middleton, Prince George, and Princess Charlotte all spotted laughing at the sketch.

For the latest Royals news, sign up to OK!'s royal newsletter here.