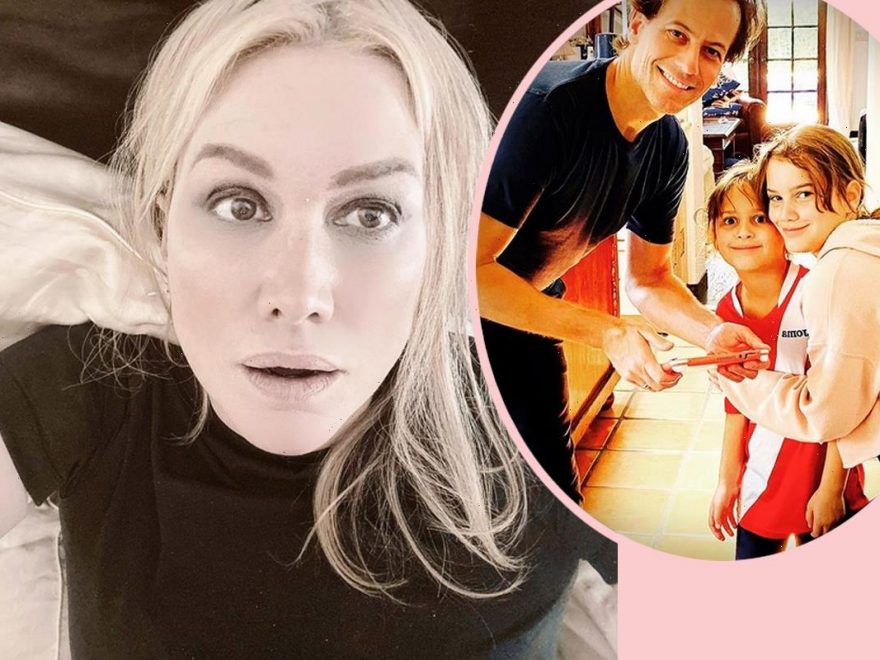 Oof, more devastating news from Alice Evans. A little over a year after the Vampire Diaries alum first revealed that her husband of 13 years was leaving her (and their two daughters, to hear her tell it) the fallout is getting more real than ever.

Alice has been vocal about how Ioan Gruffudd, whom you may know as Mr. Fantastic from the 2000s Fantastic Four films, went from zero to “I don’t love you anymore or want to ever speak to you again” in about 15 seconds. She later found out, of course, that he had met someone on the set of his Aussie TV show, Harrow, an aspiring actress 20 years her junior named Bianca Wallace.

The divorce battle has only grown more bitter as the months went on. But early on Alice asked the court to determine the rights to the house the longtime couple had owned together and in which they’d raised their daughters, Ella, 12, and Elsie, 8, their whole lives.

Well, it seems Ioan has won that battle. On Saturday night Alice posted on Instagram:

“Rough, rough day today. The girls and I found out we are going to lose the only house they have ever known. In two months we will be homeless.”

Oh no! She then referenced being silenced by court orders — which probably explains the recently decreased frequency of her more explosive posts. She wrote:

“I hesitated about sharing, because when your ex has paid good money to have you gagged and you risk jail by speaking out. (Communist China, anyone?) it gets really scary. But driving home tonight after hacking dropped both girls at different play dates/ parties, arranged to pick them up, been told how much they’ll miss me and that they can’t wait to have ‘family day at home’ tomorrow, I feel the tears starting again. Tears of fear. Tears of the possibility of breaking their hearts. They love this house.”

So awful! Her husband leaving for another woman was harsh enough, the idea he’s kicking her out of the house — after she cut short her acting career to be a full-time mom… Just devastating.

Thankfully Alice is already healing from the blow, writing next:

“It wouldn’t be the end of the world. We can find a condo to rent somewhere I’m sure. Just feeling wistful tonight! Bear with me, I’ll be back! I promise!”

And by the next day she was doing even better — thanks to sharing with the public.

She wrote to her followers who had shared their own stories and suggestions in her comments section all night:

“PS: THANK YOU from the bottom of my heart for all your kind thoughts and suggestions and the out-pouring of love! I shouldn’t have posted last night. I was just at the end of my wits and couldn’t see the woods for the trees. Your messages helped so much.”

We’re glad to see the newly single mom is recovering so quickly these days. What’s happening to her still seems so cruel and devastating to us — and yet is a commonplace occurrence in marriages from Hollywood to Hackensack.