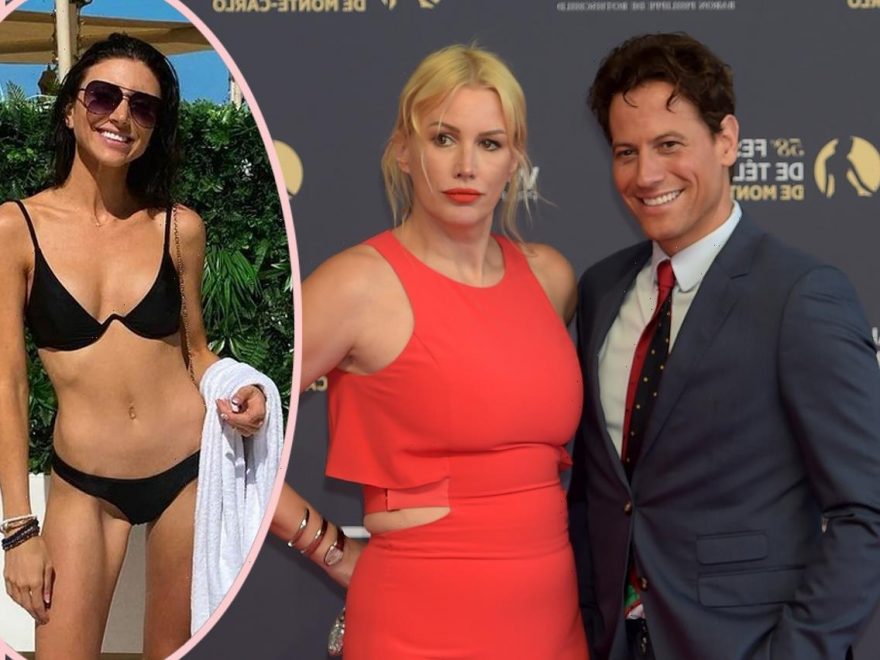 When Alice Evans fretted on social media last year that she’d be homeless in a couple months, everyone thought she was being dramatic. But how many months off was she really??

For those who never heard, the Vampire Diaries actress and husband Ioan Gruffudd split in early 2021. Or, as she explained it on Instagram at the time, he left her and their two daughters out of nowhere. That suddenness turned out not to be so much spontaneity as a total ambush, at least in Alice’s view. Over the months she explained that she found out her 102 Dalmatians co-star and partner of two decades had met someone else, a day player on the TV show he had been filming in Australia. It actually may have been going on for months before she was clued in there was anything even wrong.

All her social media callouts of the Fantastic Four actor and Bianca Wallace, the 20-year-younger new girlfriend with whom he went public a few months later, got her little more than a restraining order put on her by Ioan. Oh, and online critics taking his side and comparing her to Amber Heard. After all, he wouldn’t have left her for a much younger woman and then tried to force her and the kids out of the home they’d lived in for years, right? She must be making it up. Women.

According to legal docs that seems to be exactly the fight that’s happening right now. Back in December DailyMail.com was the first to report how Ioan was begging the court to force Alice to sell the house. He complained that he lacks “sufficient income or assets to pay the monthly expenses required to maintain” the house, which he says total $6,570 a month. He says he’s continued paying even though he doesn’t live there anymore, telling the judge:

“Alice and I cannot afford to keep it, yet Alice will not agree to sell it.”

He complained his income was “drastically lower” in 2022 than in 2021, presumably referring to the year after the TV show he starred in ended. He claimed he was down to less than $3,000 left in his US bank account and very little in his overseas bank account. He also said his girlfriend is supporting him financially, paying the rent in their apartment, since he’s been so destitute lately. He lamented legally:

“I have explained these financial circumstances to Alice and have asked her numerous times since we separated, through counsel, to help financially and to agree to sell the La Jolla residence … but Alice has not agreed to my requests or settlement proposals.”

Now Alice has responded, and RadarOnline has obtained that legal filing. First off, she’s blasting the claim he has so little money. She says while he may not have done much in 2022, he was paid $750,000 for a project the previous year — and that was pretty normal for him. She seems to think this poverty act is just some more acting. Well, let’s take a look…

A quick look at his IMDB page shows he really hasn’t made much recently. Last year’s The Reunion was filmed in 2021, likely the project Alice was referring to. We’d mostly heard about that one because he took his new girlfriend to Paris with him while he filmed. If he got paid three quarters of a mil for THAT, just imagine what he got for being the star of a TV show! There were three seasons of Harrow, as well as at least one movie every year. He’s clearly a working actor — and that’s not to mention the residuals from Titanic, which we’ve heard are the gift that keeps giving.

So how did he suddenly not have any money anymore right when it was convenient for his legal argument? Hmm… He seems to have the funds to produce a movie for his GF to star in…

She argued that if she is forced to sell the house and move out, her ex will no longer be obliged to cover the shelter for the kids as he is now — and will duck out of his responsibilities to live the life of a younger bachelor:

“Ioan will provide minimal, if any, financial support for our children while he continues to live rent free with his girlfriend paying the majority of their living expenses.”

Meanwhile she explained that she really doesn’t have much of an income because she has been working much, much less in the years since her heyday — she’d focused on her new role as the mother of Ioan’s children as he worked as the breadwinner! And she believed they were happily married and thus had no reason to give herself another source of income! She told the court:

“Ioan was my entire life — and the cornerstone of our family. I emotionally struggled to understand how a love I believed was so strong could have ended so badly. Yes, there were likely signs throughout the latter part of our marriage; however, not like many other relationships, they must have simply gone unnoticed.”

Regarding her blasting of Ioan and Bianca on socials, she admitted she has “not handled my efforts to emotionally cope with this process in the most appropriate and/or productive manner” — but she had “never experienced such devastation” and didn’t know how to process it.

We’ll have to see how the court rules. But tell us, Perezcious readers, how would YOU feel if your man left you after 20 years for the younger model — a woman the same age as you were when you met… and then tried to kick you and your kids out of the house??