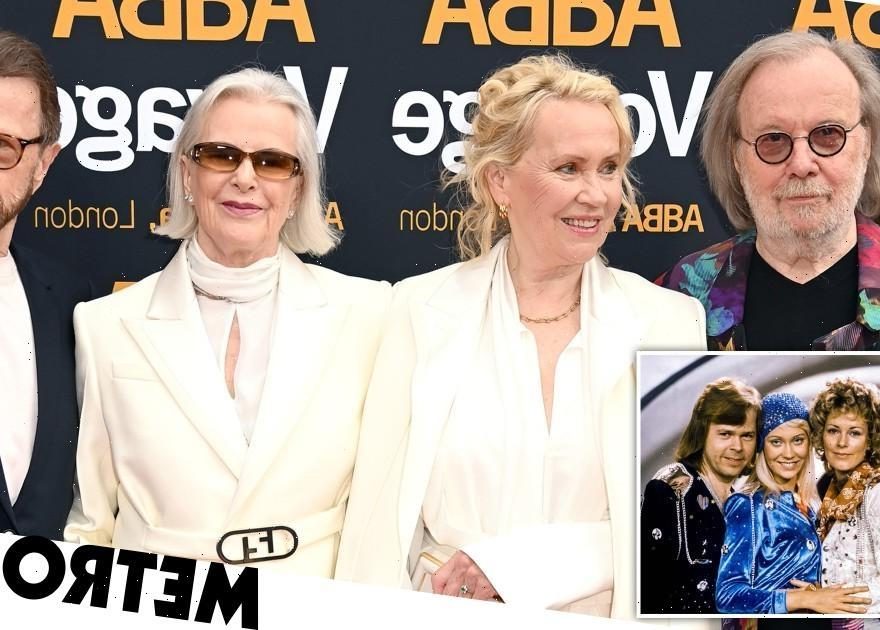 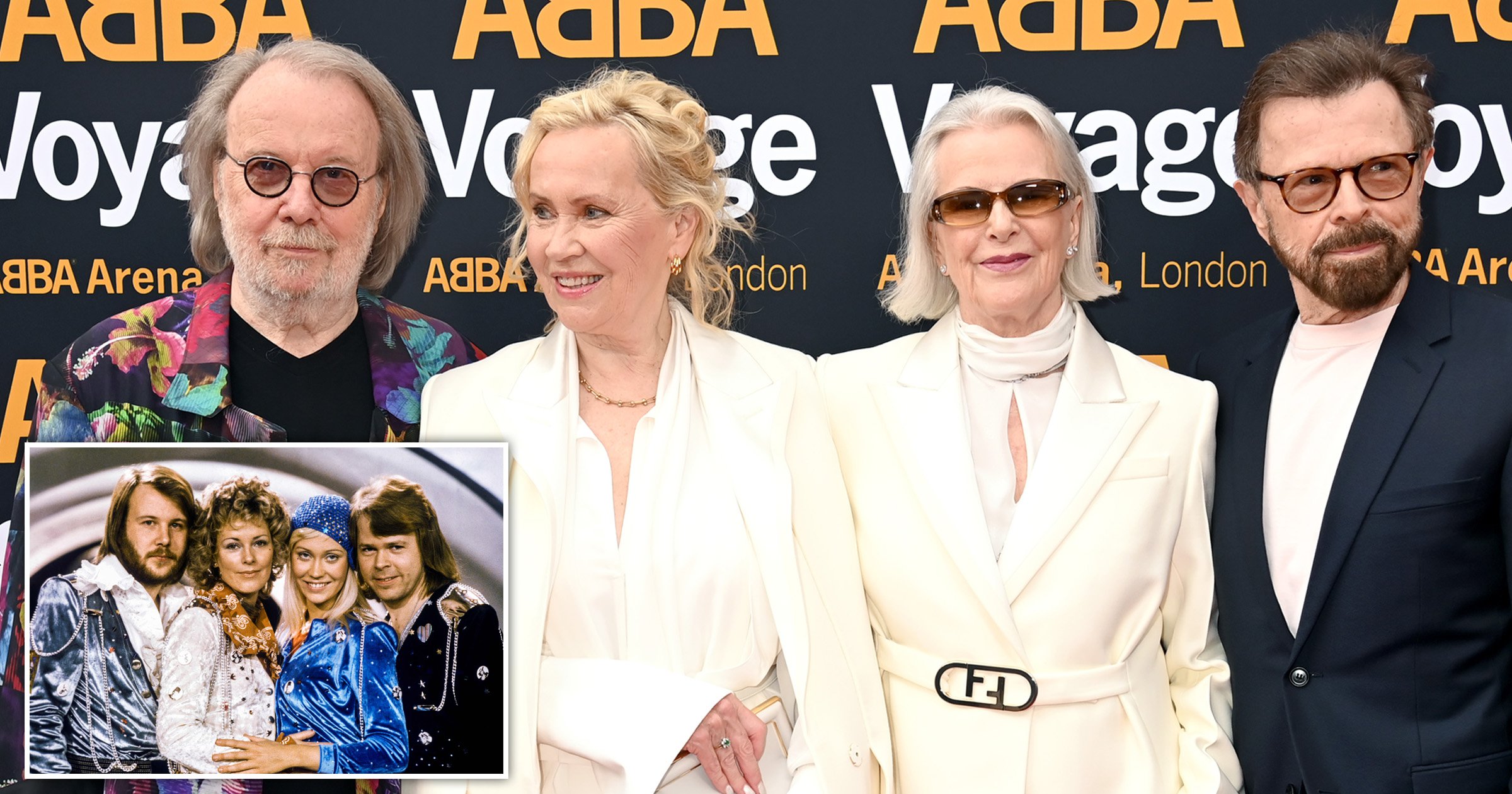 Abba finally reunited in London in full for the first time in 40 years for the Abba Voyage red carpet on Thursday night.

Benny Andersson, Anni-Frid Lyngstad, Agnetha Fältskog, and Björn Ulvaeus smiled for cameras as they posed altogether ahead of kicking off their hotly anticipated hologram tour.

The Swedish pop superstars were last together in the capital for an appearance on The Late Late Breakfast show hosted with Noel Edmonds in 1982.

Speaking on the red carpet outside a purpose-built stadium at the Queen Elizabeth Olympic Park in east London, Agnetha enthused: ‘It’s amazing to see all the English fans.’

The group’s highly anticipated concert features younger ‘Abba-tars’ of the foursome performing songs from their back catalogue with a live 10-piece band.

Benny admitted he expected himself to cry during the concert, saying: ‘Oh definitely, all the time.’

Speaking about why she had enjoyed the project so much, Anni-Frid said: ‘I think the most exciting thing about this project was to come together as a group again after so many years not doing anything as a band together.’

Abba was catapulted to worldwide success after winning the Eurovision Song Contest with Waterloo when the event was held in Brighton in 1974.

They have since sold more than 400 million albums and singles.

The popular quartet parted ways after last performing together in 1982 following a successful 10-year stint.

In 2018 they announced they had recorded new material and it arrived in November.

Abba Voyage shows begin in London on Friday, May 27and are running until December 2022.

It’s then expected that the show will hit the road, on a world tour lasting until the year 2026.

The lengthy run is possible all thanks to ‘Abbatars’ – aka the four holograms which feature the recorded performance of all four Abba members, singing all the hits.

They were created with George Lucas’ studio Industrial Light & Magic, which is used for the digital effects in Star Wars. The group began working on the digital concert before getting back in the studio.

And if you’re gagging to the show, there are still plenty of tickets available via Ticketmaster for gigs later in 2022.