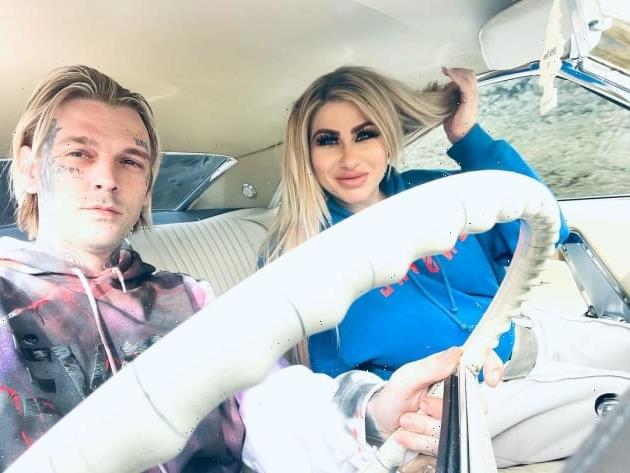 We don't often say this about celebrities, but … Aaron Carter has had a pitiable life in many ways.

Child stars often have a hard time, both when it comes to coping with adulthood and dealing with their families.

Aaron isn't just no exception — he is a grim example of both of those struggles.

This time, he isn't making headlines directly over his paranoia or mental health struggles.

This week, in a lengthy Twitter threat, Aaron is declaring that things are over between him and Melanie.

His hurt feeliings are very real.

Describing why he feels betrayed by Melanie, Aaron had something else to add.

According to him, she's leaving him and taking their son to Las Vegas, where she plans to move in with Larissa Lima's ex-friend Carmen Nys.

This is not the 90 Day Fiance crossover that anyone asked for, but apparently, it's what we're getting.

Take a look at Aaron's many heartbroken tweets … and check out Carmen's response at the end. Oof.

1.Aaron Carter has some rough news

2.At the center of it all is family drama

4.Is this part of a pattern?

8.This went on for so long

9.Aaron is sleeping in his car?

13.This isn't new, and it's not clear why he shared it

14.Melanie is leaving for Vegas?

16.Carmen has played host before

19.It's all so devastating

23.His priority right now is his son

27.Someone had to ask

29.Carmen had something to say, too