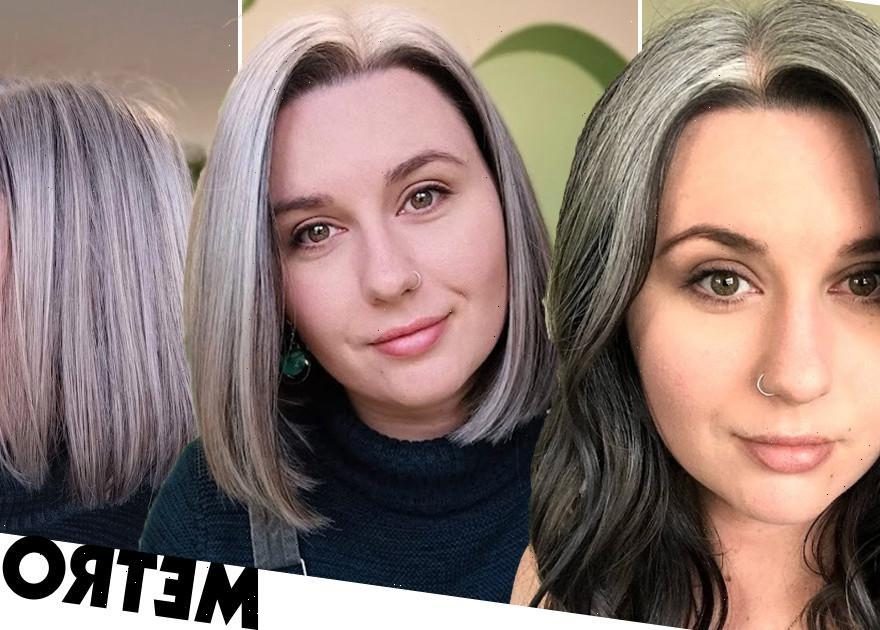 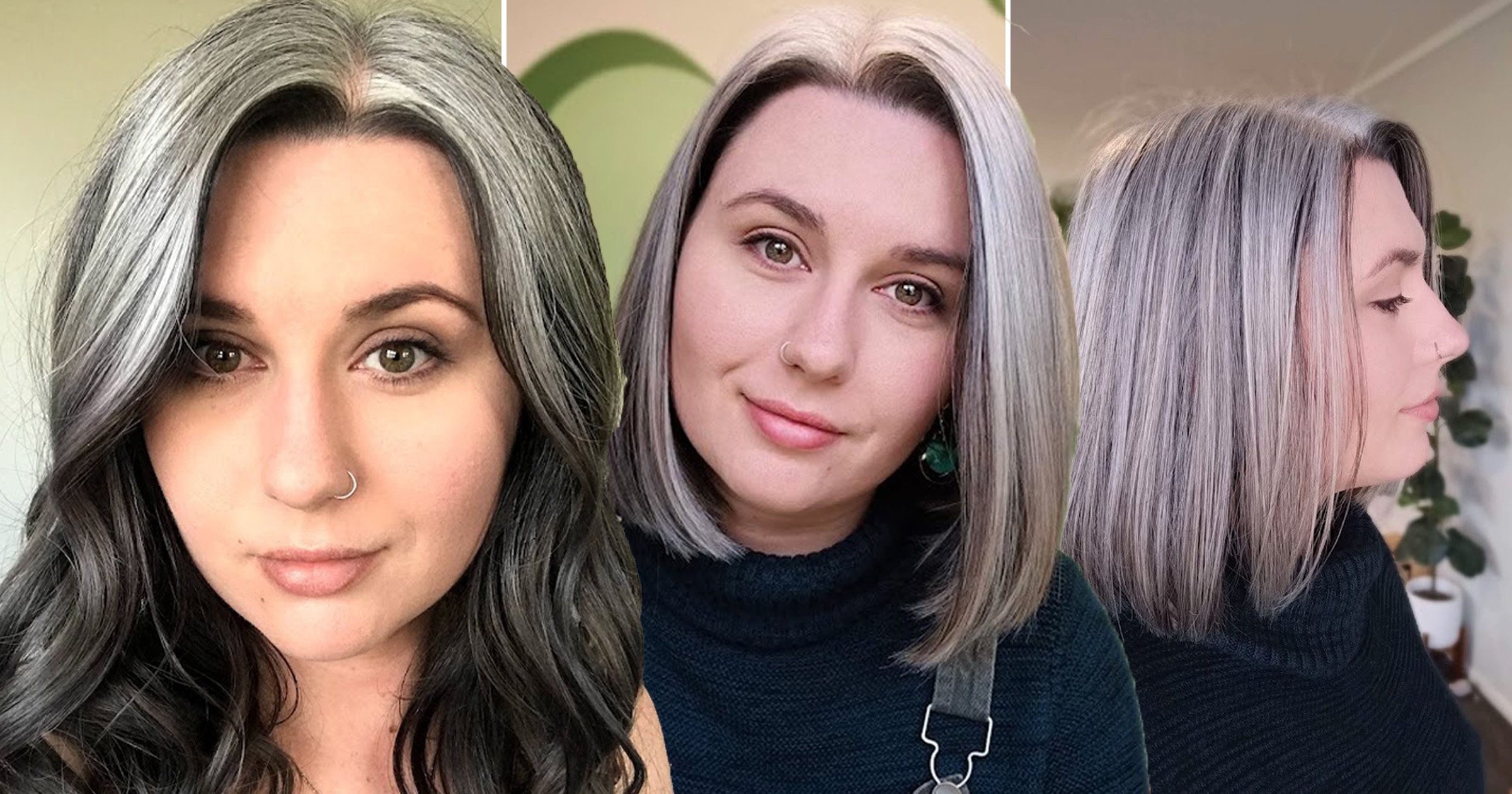 A woman who had a full head of grey hair by her mid 20s has shared why she’s chosen to embrace her silver locks.

Sophie McGrath, who is now 27, says she found her first grey hair when she was just 13. She pulled it out with tweezers and wasn’t bothered at first, but then the greys started coming in thick and fast.

The artist from Wellington, New Zealand had dark brown hair, which you can still see in parts of her hairline.

‘I continued to pull the greys out as more appeared over the next couple of years, until I started dying my hair around 15,’ Sophie told Daily Mail Australia.

‘Both my parents had a significant amount of grey by their early forties, but no one else had nearly as much grey early on as I do,’ she said.

‘Perhaps that combination of genes meant that I was destined to go grey so young! My mum also ditched the dye in her mid-forties so I did see her embrace her silvers relatively early on.’

In her teens, Sophie began dying her hair, as she wasn’t ready to embrace the greys at that point.

She was dying her hair almost every month for ten years before deciding to fully embrace her greys when she was 25.

‘Dying my hair turned into something I constantly thought about; I realised that feeling like I had to cover my silvers was causing me more stress than the grey hair itself.’ she says.

‘I have never felt more confident about how I look than I do now with my grey hair proudly showing.’

Sophie says that now she has stopped dying her hair, it is healthier, softer and shinier than it ever was before.

She says she was inspired after seeing a woman on Instagram in her thirties embracing her silver hair.

‘It was like a lightbulb moment! I started following the “embrace the grey” and “silver sisters” hashtags on Instagram, which were filled with people of all ages embracing their natural silvers,’ she says.

‘I realised that just like other people embracing their grey hair, I wasn’t ashamed of my silvers.

‘Stepping outside of the mould in that way has given me the confidence to do the same in other areas of my life, and I’m so happy that I took that first step.’