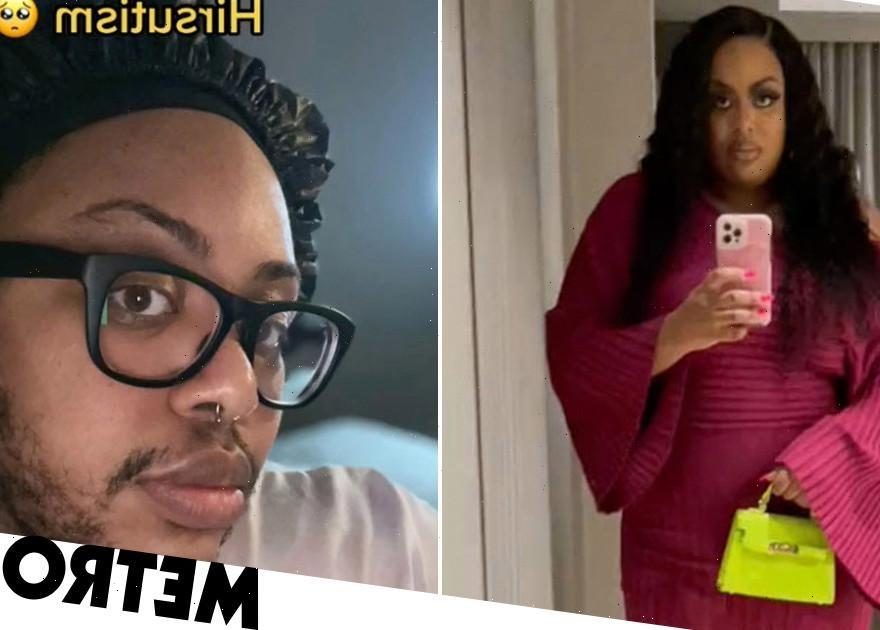 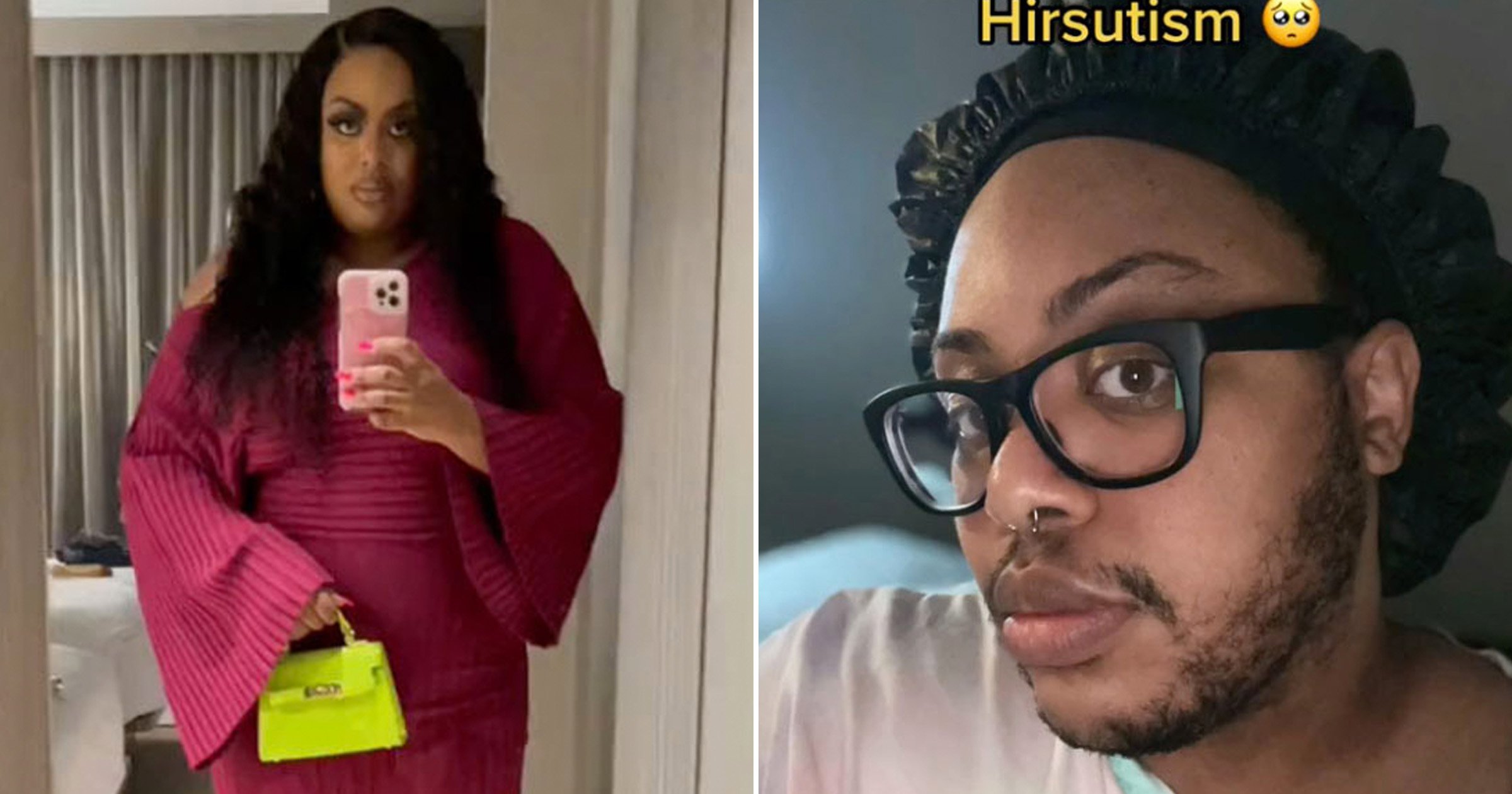 Nellie-Jean Robinson, 35, used to shave daily in an effort to remove the thick, dark hair that grew on her face.

The financial analyst, from Orlando, Florida, has hirsutism, a hormonal imbalance that causes excess hair and is often linked to polycystic ovary syndrome, which Nellie-Jean also has.

After years of shaving and keeping her condition a secret, Nellie-Jean has now made a big change.

She has learned to embrace her beard and love the way she looks – and now regularly lets her facial hair grow out between sugar waxing sessions.

And she’s been documenting her self-love journey on TikTok, winning her thousands of fans.

The journey to self-acceptance wasn’t easy.

Nellie-Jean said: ‘I suspected that I had this condition when I was in middle school but I didn’t officially get diagnosed until I was in my mid-twenties.

‘Suffering from hirsutism meant it was hard for me to make friends so it had a damning effect on my social life.

‘I spent a lot of years hating the way that I looked so I was constantly trying to hide it and felt more comfortable going out late to like a comedy club versus going to the beach.

‘It also made it hard to cultivate romantic relationships, making it difficult for me to grow close to men physically, intimately and romantically.

‘I always had a disclaimer about how touching my face was a “hell no”.

‘And I made sure I always had makeup on, which meant waking up early in the morning to shave and conceal the scarring from the shaving, or late at night to touch it up.

‘I kept razors and makeup in my purse in the event I ended up being anywhere overnight.

‘It was quite the hassle and really made me feel as if marriage was not a viable option.’

It was only at the start of 2021 that Nellie-Jean made the decision to let her facial hair grow in, for the purpose of getting it sugar waxed.

This meant ditching the razors and keeping the hair on her face for weeks before its removal.

She said: ‘Initially I was terrified but because of us being in a pandemic, it wasn’t that hard to conceal my hair growth.

‘After a couple of weeks of growing it out I actually thought it wasn’t that bad, it didn’t kill me like my fear had me thinking it would.

‘I even thought: “this is quite liberating to no longer be a slave to shaving and wearing makeup”.

‘I haven’t put a razor to my face since.’

After discovering her newfound confidence, Nellie-Jean decided to share TikTok videos about her experience – including before and after pictures of her facial waxes.

She has since been praised for her honesty and openness, with many thanking her for sharing the reality of hirsutism.

‘I had a desire to share my story about hirsutism and PCOS because of the freedom and liberty I received from growing my hair out,’ Nellie-Jean explained.

‘The shame, embarrassment and guilt that I experienced up until that point were no longer there.

‘I know that there are women just like me struggling in silence who deserved to hear my story to know that they were not alone.

‘I do have to deal with the occasional person making snide remarks but overall the reaction has been very positive.

‘A lot of women are very pleased with the concept that I’m bringing awareness to PCOS.’

Nellie-Jean has since created an organisation called Cysters for Sisters – dedicated to connecting women with PCOS with one another and to helpful resources.

She added: ‘I want women who are struggling with this condition to know they are beautiful and perfect exactly the way they are.

‘As much I would like to say my insecurity regarding the hirsutism is a thing of the past, that just isn’t the case.

‘I still haven’t quite figured out when and how to engage the topic.

‘One thing is for sure though; I won’t be a slave to shaving and makeup anymore and whoever I am dating will simply have to accept me as I am, or they can keep it trucking.’