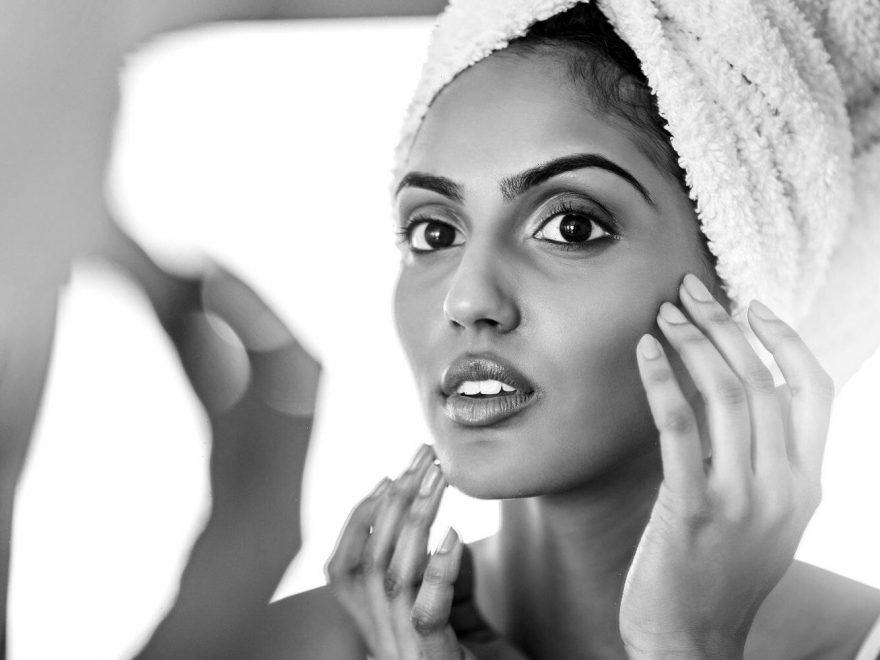 Ask most people if they'd like to live for a long time, and they'll say yes – but only if they can stay healthy. It's not an unrealistic fear: Most Americans are plagued by illness for the last five to eight years of their lives.

But what if you were in your 90s and had the energy and stamina of someone who is decades younger? What if you could still play a decent round of tennis? And what if it's not inevitable that your hair turns gray, your skin wrinkles, and your eyesight dims? David Sinclair, PhD, Harvard professor of genetics, author of the runaway best seller Lifespan: Why We Age, and Why We Don't Have To, and a leading authority on longevity, has been asking those questions for decades. The answers are now tantalizingly within reach.

The Sydney-born researcher is a rock star in the longevity field – in 2014 he was voted, alongside the likes of Jeff Bezos and Beyoncé, one of Time magazine's 100 most influential people in the world. "We finally have the tools to scientifically address aging as a disease," says Sinclair, 52, as he takes a break from a session in his Newton, Mass., home gym. "I absolutely refuse to say, 'Oh, well, that's the way it goes.' Now we can prevent it and treat it just like every other disease we've been fighting, which could have the biggest impact on human health since antibiotics and public sanitation."

The key is activating newly discovered genes called sirtuins, descendants of an ancient survival circuit that, according to Sinclair, is both the cause of aging and the key to reversing it. Sirtuins can be switched on both by lifestyle changes such as intermittent fasting, as well as by consuming ingestibles that boost NAD+ (nicotinamide adenine dinucleotide), a chemical that's central to how the metabolism functions.

Sinclair doesn't think aging itself is bad – just its disheartening effects: frailty, immobility, a cascade of illnesses such as cancer and Alzheimer's disease. Beauty, to him, is not about chasing some sort of youthful ideal but about health and vibrancy: glowing skin, shiny hair, and a flexible, strong body.

The best remedy for disease, he and other scientists say, is to age less. In order to radically slow aging, he says, researchers are zeroing in on its nine leading causes, among them the shortening of telomeres (the "caps" on the end of chromosomes), loss of energy that is made by mitochondria (the battery packs in the cell), loss of stem cells, and an accumulation of so-called senescent cells (nonfunctioning "zombie" cells that linger in the skin and other tissues).

Not only are scientists working to halt those processes through genetic reprogramming, but they're taking a page from certain species such as the Turritopsis dohrnii, an "immortal jellyfish" that can effectively hit a reset button and revert to an earlier state in its development. Sinclair believes this button exists for humans as well – they just have to find it.

Aging, he says, is the equivalent of a scratched CD – the music is still there in our DNA, but our cells no longer read it. "The good news is that if the music remains, we should be able to polish the scratches away and get cells to work like they were young," he says.

Recently, Sinclair and his colleagues were able to fully restore the eyesight of elderly blind mice in his lab. "What that says is that even something as complicated as an eye can be reset, polished, and work like it did before," he says with his trademark enthusiasm. "We have no reason to suspect it's any different in a human body."

“If you measure my blood biochemistry, which I do maybe four times a year, I’m definitely getting younger.”

Research like Sinclair's is partly why the longevity sector is ramping up to be a multitrillion-dollar industry, according to a report from global forecasting company Oxford Economics and AARP, as money has begun to pour in from tech giants like Google and Amazon.

Eminent age researcher S. Jay Olshansky, PhD, a professor of epidemiology and biostatistics at the University of Illinois Chicago, believes we're on the verge of an exciting public-health breakthrough. "It appears likely that most people alive today will be using one or more of these interventions to lower the risk of all major fatal and disabling diseases," he says.

Sinclair, who is almost absurdly boyish-looking, is the ideal representative for the industry. He brims with energy. His face is unlined. He has a full head of hair, none of it gray. "And if you measure my blood biochemistry, which I do maybe four times a year, I'm definitely getting younger," he says.

He pauses and poses a question. "If you could take action to slow aging so that you felt 10 years younger than your actual age, would you?" I hesitatingly tell him I would. (And clearly I'm not alone. The eternally youthful Jennifer Aniston follows Sinclair on Instagram.)

If aging, as he maintains, is a disease, then people need an accurate biomarker to help with the diagnosis. A new test known as the Horvath BioAge Clock, named after inventor and UCLA professor Steve Horvath, uses a mouth swab or a few drops of blood to analyze patterns of chemicals in your DNA to calculate your biological age and future health.

At $500 and up, however, the kits are pricey. A breakthrough in Sinclair's lab has dropped the cost to the double digits; by early 2022 he plans to launch an inexpensive aging clock test that not only provides science-backed results but lays out a custom plan to slow aging.

Sinclair cheerfully adds that he could also use the information to predict when, exactly, I'm going to die. (I'm good, I tell him.) He believes similar tests could also be developed to predict other changes to the body, such as infertility, endurance levels, and even skin wrinkling.

In the meantime, Sinclair says there are a host of science-backed lifestyle changes people can make in order to live longer. If you want 14 extra years right off the bat, simply do what many doctors recommend: eat less, exercise regularly, stay away from cigarettes, and get enough sleep. Finally, aim for a mostly plant-based diet: On average, meat is eaten only five times a month in the Blue Zone hot spots, the regions where people live the longest, like Nicoya, Costa Rica; Sardinia, Italy; and Okinawa, Japan.

Of Course, There Are Supplements

Sinclair also takes three different "longevity molecules" daily, which he says are game-changers: The first is resveratrol, an inexpensive supplement available at drugstores and made of a compound found in red wine that's shown to reduce blood sugar levels and inflammation. The next is metformin, a common diabetes drug (doctors can prescribe it off-label for aging) that mimics the disease-protective and lifespan-lengthening benefits of calorie restriction by helping to control blood sugar.

Scientists first started taking notice of metformin, which comes from a medicinal plant called goat's rue, in 2014, when a U.K. study of more than 180,000 people determined that those whose diabetes was treated with the drug lived notably longer than those who didn't use it. Since then, metformin's reputation as an age-delaying wonder pill has only grown. Studies have shown it can preserve cognitive function and seems to reduce the incidence of age-related ailments, from heart disease to dementia; a new University of Alabama study found that people on metformin with type 2 diabetes who get COVID-19 have a threefold decrease in mortality.

Sinclair's colleague Nir Barzilai, M.D., director of the Institute for Aging Research at the Albert Einstein College of Medicine, is gearing up for a nationwide clinical six-year trial called Targeting Aging with Metformin, the first drug trial to directly focus on aging.

If results are successful, "metformin will be the first pill to extend health span by two to three years," says Dr. Barzilai. "Which is quite a lot." The third supplement Sinclair takes daily, NMN, is generating much enthusiasm in longevity circles. (Victoria Beckham swears by Elysium Health's Basis capsules, which were developed by MIT scientist Dr. Leonard Guarente, and contain Elysium's proprietary nicotinamide riboside (NR-E), a highly efficient NAD+ precursor that is similar to NMN.) NR is a form of vitamin B3 that converts to NAD+ through a series of chemical interactions; NAD+, in turn, is the all important fuel for sirtuin enzymes. NMN has been shown to reverse the age of mice in Sinclair's lab. An older mouse given NMN, he notes, not only grew new blood vessels but began to run like a maniac on the treadmill, "actually outrunning the young mice," he says.

Human trials, not surprisingly, are underway.

Sinclair cautions that he's a researcher, not a medical doctor, but says his trio of supplements has made him "fitter and stronger than I was 20 years ago." Not only do these natural molecules rev up sirtuin genes, Sinclair says, but they can be turned on when the body perceives a threat to survival – being hungry through intermittent fasting, doing intense exercise, or enduring cold temperatures. As Sinclair likes to joke, anything that doesn't kill you makes you live longer – he sleeps with just a sheet covering him, even in winter, and likes to sit in a sauna and then plunge into an ice-cold pool. He eats only once a day, at dinnertime.

But you don't have to be as extreme as he is to reap the benefits of his approach. Even doing things like consistently keeping your home's temperature at 68 degrees or under can boost longevity, he says.

Sinclair insists that he doesn't want to live forever. "It's about prolonged vitality," he says. "Not just more years but ones that are active, healthy, and happy." Instead, his slightly more modest goal is stated right in the dedication of his book. To my great-great-grandchildren, it reads. I look forward to meeting you.

For more stories like this, pick up the June 2021 issue of InStyle, available on newsstands, on Amazon, and for digital download May 21st.