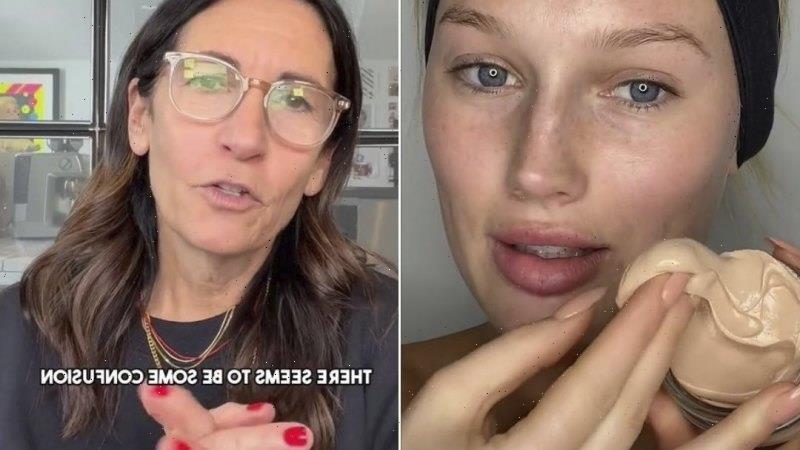 “Bobbi Brown” and “TikTok drama” are words we never thought we’d see paired together, and yet here we are, with a 65-year-old make-up icon flipping the script on a TikTok beauty influencer.

On Tuesday, Brown posted a video of herself scooping up giant globs of her brand’s new tinted moisturiser and proceeding to smear it on her face. 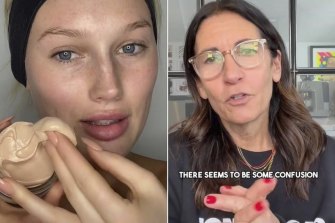 It seems like downright silly behaviour for a beauty legend, especially one renowned for natural make-up looks – and that was exactly the idea: the founder of Bobbi Brown Cosmetics and new brand Jones Road was gently dragging a TikTok influencer who had posted a review of her product, called What The Foundation, more than a week earlier.

In that video, New York City make-up artist Meredith Duxbury grabs two handfuls of the product and slathers it over her face. She then tries to blend it but winds up looking like she’s wearing a gooey clay mask.

“It’s going to be a ‘no’ from me,” she concludes. “I really wanted to like this though.”

It’s bewildering to watch, and naturally the video clocked almost 14 million views. While many saw the negative review as ridiculous, others were spooked.

Mostly, this saga is unnecessary entertainment, but it’s also a fascinating example of how a brand can come out on top.

“People are impressionable on TikTok so they’re going to take it at face value,” says Rowi Singh, a 27-year-old Sydney-based make-up artist with 525,000 followers across TikTok and Instagram.

It’s why she thinks Brown’s response is “perfect internet entertainment”. “For her to come in with her traditional perspective on make-up and flip it on its head to do something quite outrageous makes her 10 times more likeable,” Singh says. 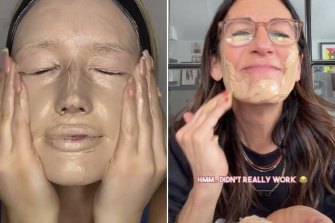 Smearing copious amounts of foundation all over her face and blending it in is Duxbury’s schtick. Usually she winds up with decent results. But it’s not normal by any standards – Georgia Hull, a make-up artist for 15 years, says the technique may draw views but is “completely incorrect”, while Singh says it’s frustrating to see something “so silly” go viral.

“It hurts to watch because it’s so wasteful … and it makes me feel like I’m going to breakout just by watching.”

Singh believes that there are no rules when it comes to experimenting with make-up but it shouldn’t be at the expense of another person’s brand.

“When you rope in a brand and review it negatively based on something you do, it can get a little bit sticky,” she says. “If you’re going against the actual way to use a product and it’s not working for you, then you’ve put yourself there.”

The reality is that influencer reviews have the power to make or break a brand. Duxbury posted a follow-up video applying less, admitting “this is tinted balm” not a full-coverage foundation, but remained unimpressed: “To be honest I really don’t even see a slight difference.”

Associate Professor Jana Bowden, marketing researcher at Macquarie University, says almost two-thirds of women follow beauty influencers and many people are more likely to believe an influencer or other consumers over a brand itself.

Bowden says that Brown’s tongue-in-cheek response was a big win. Brown also posted to clear up “some confusion” about her product (an oil-based tinted moisturiser), how to apply it (a small amount with a brush or fingers) and what it’s for (a sheer finish).

“[Brown] positively engaged with her own fans and amplified awareness of her product, but she also managed to simultaneously gain Duxbury followers,” Bowden says. “That’s a masterclass in shading.”

Bowden says Duxbury’s attempt to have a crack at Brown’s brand backfired on her, harming her own credibility.

“It would be wise advice for brands and influencers alike to remember that successful influencing isn’t just about how you push or don’t push a brand, it’s also about how authentically and legitimately you present yourself.”

In the end, some might say a Baby Boomer has outplayed a Gen Z at her own game, on her own TikTok turf.

Brown left Bobbi Brown Cosmetics and Estee Lauder in 2016, launching Jones Road in 2020, and while it’s yet to arrive in Australia, there will now be a line of ready customers when it does. As Singh says: “I want to try [the product]. I want to know what the fuss is about.”