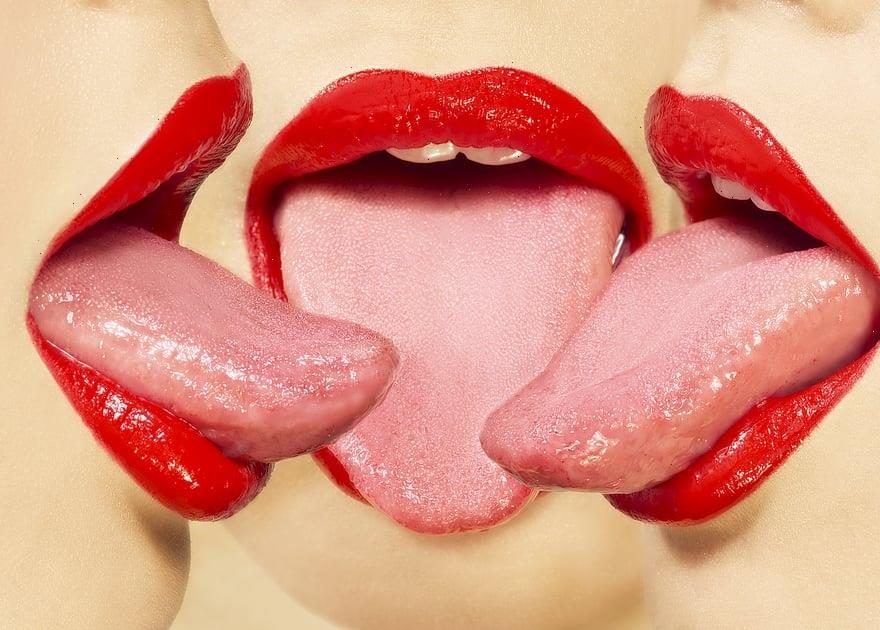 Another day, another beauty fad we’re here to help you unravel. The latest? “Mewing,” a new beauty craze that has taken over TikTok and YouTube. The hashtag #mewing has 1.9 billion views and counting on TikTok alone, and users on the platform claim that practicing the technique has helped define their jawlines and even reshape their faces entirely. However, we haven’t yet forgotten when everyone on the app said hemorrhoid cream could eliminate undereye bags or that teeth filing is anything but a bad idea, so we’re approaching this latest declaration with as much skepticism as we are curiosity.

Ahead, we consult with two experts — Victoria Veytsman, DDS, leader of Cosmetic Dental Studios, and Lauren Becker, DDS, of Lauren Becker DDS — to answer all of our burning questions about mewing, like what it is, how to do it, and whether it actually works the way it’s intended.

Other than being the latest interest fad that has taken TikTok by storm, mewing, otherwise known as orthotropics, is the practice of placing your tongue on the roof of your mouth in an effort to reshape your facial features. Users on platforms like TikTok and YouTube have even claimed that in addition to giving them tighter, more defined jawlines, the practice goes beyond aesthetics, even helping them resolve issues such as sleep apnea, mouth breathing, and even crooked teeth.

The viral technique gets its name from John Mew, an orthodontist who is credited with coining the term orthotropics; however, there has been some controversy surrounding his practices. His license was revoked by the General Dental Council in 2017, which, according to an article from the Journal of Oral and Maxillofacial Surgery, was based on “grounds of misconduct for publicly denigrating the traditional practices of orthodontic tooth movement, in conjunction with exodontia and orthognathic surgery, as treatment for malocclusion.” Dr. John Mew’s son, Michael Mew, who is also an orthodontist, is currently facing a misconduct hearing at the General Dental Council in London related to his own orthotropic practices. (We’ve reached out to Dr. Michael Mew for comment and will update this post once we hear back.)

How Do You Mew?

One reason why mewing might be so popular is that the practice is so simple but promises big results (more on that part later). If you want to try mewing for yourself, the process is easy and essentially just involves repositioning your tongue’s resting place.

Step one: start by relaxing your mouth so that your lips and teeth are touching.

Step two: next, keep your lips and teeth together as you lift your tongue and lightly press it against the roof of your mouth.

Step three: maintain this tongue position whenever possible throughout the day and even while you sleep.

Despite what people on TikTok might tell you, Dr. Becker says that there is little to no evidence that mewing works, and Dr. Veytsman agrees, adding, “There are currently no proven results from mewing or evidence from experts in this field that mewing can reshape your face or straighten teeth.”

Plus, those who claim to have seen results from mewing have usually been practicing the technique for years, so it’s not a quick fix. Dr. Becker suggests consulting your dentist if you’re interested in changing something about your mouth or jaw structure.

What Are the Risks of Mewing?

The biggest risk associated with mewing is that patients will not get the proper care needed from their dentist. While both Dr. Becker and Dr. Veytsman agree that there is no real harm in adjusting the position of your tongue, they note that if someone is having a serious issue with their bite or a problem like sleep apnea, consulting with their dentist or doctor is always the best route to take. “There are faster and more effective methods for those things,” Dr. Veytsman says.

What to Try Instead of Mewing

If you’re looking for a way to tighten the area around your jaw and you’ve come to the conclusion that mewing isn’t a viable option, don’t worry — there are other routes you can take. For a more permanent solution, consult with your dermatologist about in-office skin-tightening treatments. Otherwise, regular facial massage techniques might be able to help; people swear by tools like the gua sha to help redefine the contours of the face, as well as at-home products (like the jaw bra) to tighten the area.