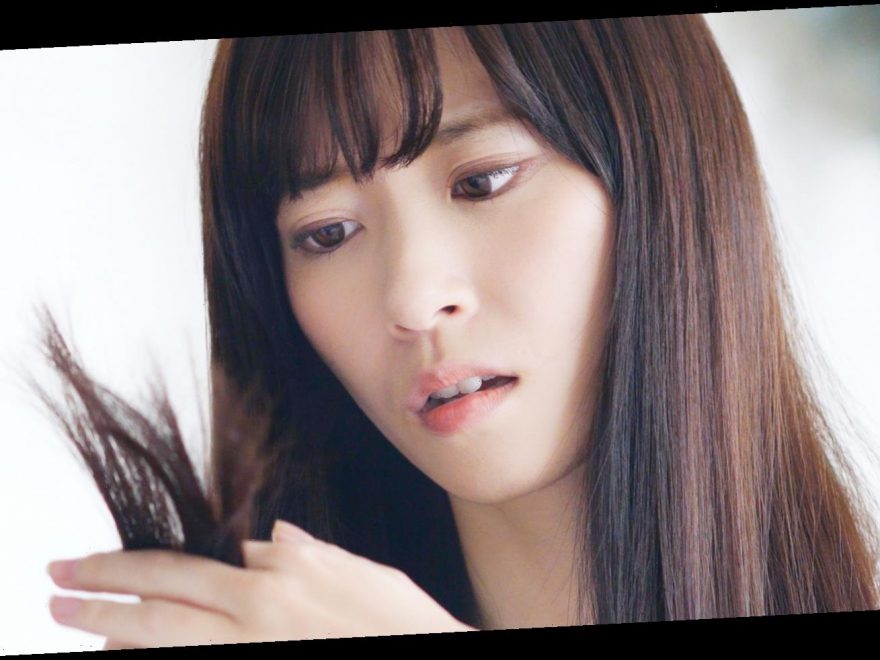 Split ends happen to the best of us, but that doesn’t make them any less annoying or cumbersome. As soon as you see the tell-tale split at the end of a strand, it’s a common habit to pick at it. A bad habit if there ever was one, HuffPost reports that approximately 59 percent of people have engaged in body-focused repetitive behaviors including picking split ends. Common as it is, experts assure that picking apart split ends will do double the harm to hair, and even cause irreversible damage to the length of the hair shaft (via Women’s Health). If you’ve been known to pick at your ends, here’s everything you should know.

As Women’s Health explains, pulling a hair strand in two will eventually cause it to break off, giving you thin, irregular ends. If your split end divides itself all the way up to your scalp, you might even experience follicular damage. Ouch! In fact, although you might think picking a split end will just make the strand thinner (which is reason enough not to pick), you are actually causing damage to the hair cuticle and the core. Not only does picking split ends make hair thinner, but it makes it weaker and more susceptible to breakage, too.

Even though bad habits die hard, there are tons of ways to prevent split ends in the first place. And if that doesn’t work, we have all the expert-guided tips to heal hair once it’s split.

Preventing and getting rid of split ends

Resisting the urge to pick at split ends becomes much easier if you don’t have them in the first place. But how to prevent them if you’re split end-prone? According to hair stylist Jordan Garret, split ends are caused in part by using hot tools, which dry out hair and cause splitting. For that reason, remember to spray on some heat protectant, and try putting down your curling iron every once in a while (via Women’s Health).

Dyeing your hair can also cause split ends, while using the wrong shampoo can even be a cause of irreparable damage. Another culprit? Brushing too often, especially when hair is wet, as it is more prone to breakage. When you do brush, do so from the ends working your way up, and apply a hair mask once a week. Having a diet with enough protein, Omega-3s, and iron will also prove helpful in strengthening hair, so think fish, legumes, flaxseed, lentils, and kale.

If the damage is already done, split ends can never be truly fixed or go back to how the hair was before (via Vox). Once a strand is split in half, the only option is to cleanly cut off the end. Seeing a hair stylist is your best bet, or purchase a pair of professional scissors if you’re game. Once the splits are cut off, follow the prevention methods to get the most out of your newly healthy, balanced hair.