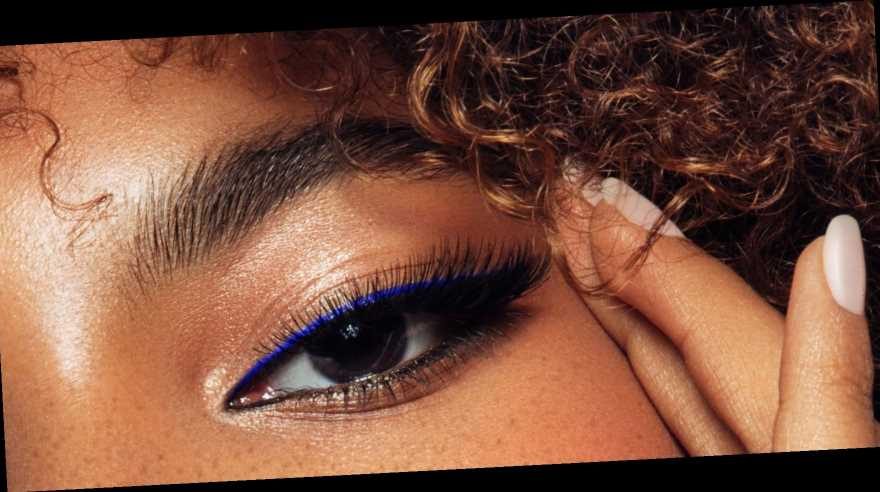 Despite all the miraculous hair growth oils, pencils, and serums bubbling over today's beauty market, the best way to get thick, glorious brows is to not over-pluck or wax them in the first place. Easier said than done, until Jeff Bezos tires of space and decides to go into time travel. But my days as a tweeze-happy teen have taught me one thing, and it's a next-level way to avoid over-plucking for the rest of your days.

My secret? Put the tweezers down altogether, and pick up brow scissors. As anyone who lived through the '90s and early aughts can testify, tweezing too much, too many times can wreck your chances of thick brows growing back, because repetitive damage to your hair follicles makes them permanently incapacitated. Snipping instead of tweezing is like the low-impact workout of brow grooming: It still gets your brows in shape, but without risking damage along the way.

I'm veryyyy cautious when it comes to my eyebrows, because seven years ago I got a brow transplant after losing most of them from a combination of over-eager waxers and seborrheic dermatitis-induced hair loss. Only a $5,000 brow transplant brought them back, which I'm not about to put on the line in favor of following brow trends — or a brow person who has their own ideas. Instead, every few weeks I use a pair of super sharp nail scissors to snip away hair I don't want at the root, which gets rid of it without a long-term commitment. I jokingly refer to it as a galaxy-brain hack, but it truly hasn't failed me yet. I pluck below my obvious brow line and in between them, but for anything closer I use scissors to do the job. The right pair has no problem getting close enough to the root to look ultra-clean, and the relief of not making a wrong move you'll regret for years to come is an enormous weight lifted. Amazon has multiple mini scissors perfect for the job; one with precision German engineering goes for $15, while a brow shaping set including brow scissors and a high-quality spoolie is $16. The happiness of not erasing your brows before their time? Priceless.