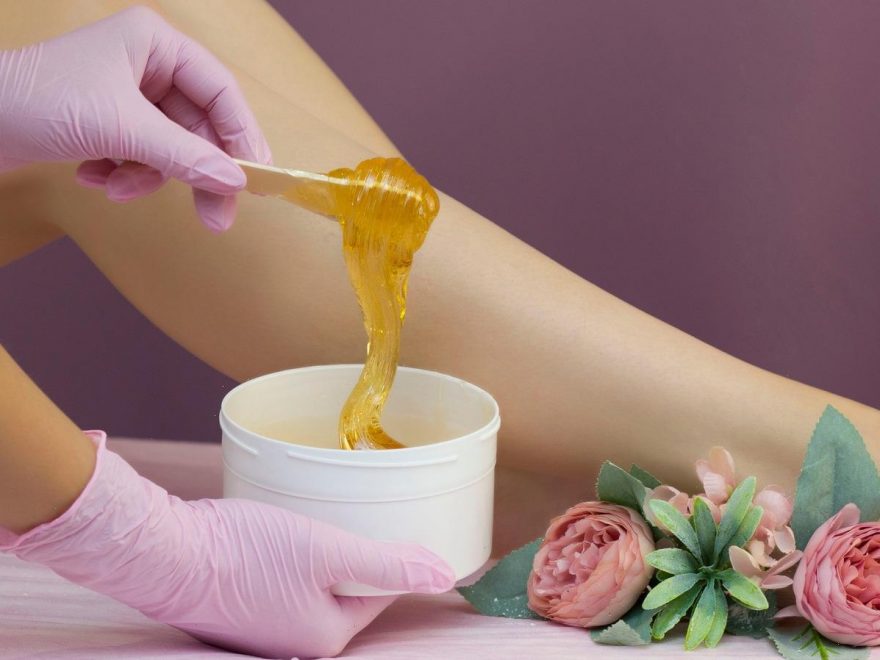 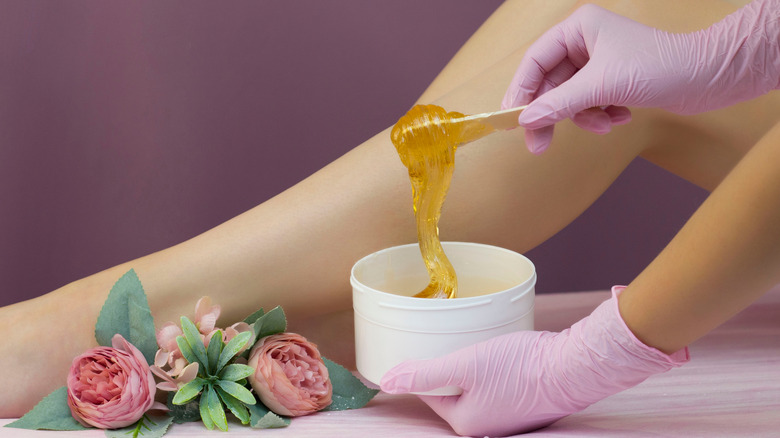 No hair removal routine is the same — some of us incorporate regular hair removal into our personal grooming schedules, some wait for our body hair to come of braiding age before picking up a razor while others leave them be in all their glory. But if you do decide to go the hairless route, you’re faced with many options that range from shaving in the shower to waxing at a salon.

While shaving might seem like the most convenient and the least painful option, it only removes hair on the surface and there are many mistakes you could make while running a razor down your leg. And according to Cleveland Clinic, results from shaving last anywhere between one and three days with the possibility of razor bumps and ingrown hairs in the aftermath.

For when a razor doesn’t cut it, waxing or sugaring are longer-lasting alternatives, giving you smooth skin for up to four weeks (via Healthline). Since both methods rip off hair from the roots, it can be confusing to know which one is right for you. Read on to know more about the two.

Sugaring is an all-natural alternative to waxing 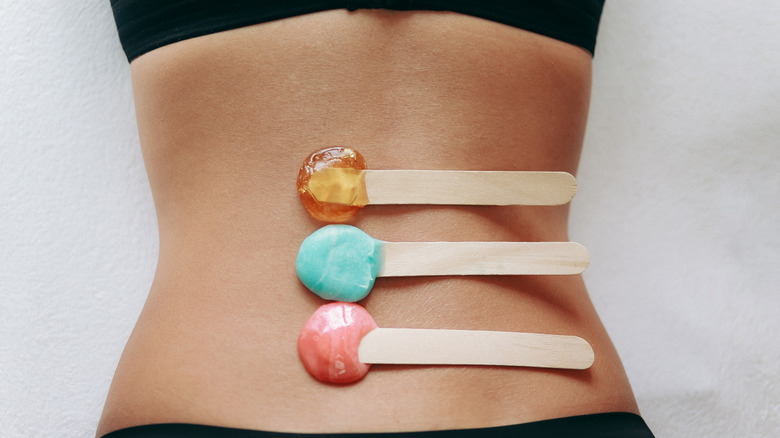 At first glance, both waxing and sugaring use adhesive semifluid that goes beyond the surface of the skin to extract hair from the root. The adhesive is allowed to set before it’s taken off the skin in a swoop.

However, the wax used in waxing is very different from the one used in sugaring. Waxing uses hard or soft wax that is ripped off “Sugaring is a form of hair removal that resembles waxing but is gentler on the skin and is all-natural (only sugar, lemon juice, water, and glycerin),” Shobha Tummala, the founder of hair removal salon Shoba, tells Byrdie. “Sugaring is also a lot less sticky than traditional wax, so usually the redness and irritation that a lot of people see with wax will not be seen with sugaring. You’re also able to wash the sugar off with water, whereas may waxes have to be washed off with a special cleanser or natural oil,” she continues.

Sugaring can be less painful than waxing 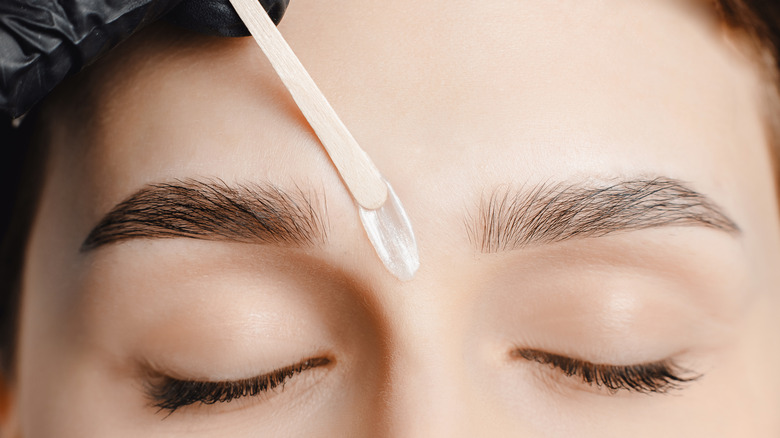 Considering that it’s an all-natural method, sugaring is also better for your skin. “It’s the most gentle and natural option for the skin … If people tend to break out or have adverse reactions to waxing, sugaring would also be a better option,” Tummala tells Byrdie. It’s also supposed to be less painful: “Sugaring wax has a very unique property; it strictly grabs dead skin cells, which is what hair is made up of as well … when you’re pulling sugar wax, you’re only pulling on the dead skin, not live skin, which is why you barely feel it at all,” Salome Sallehy, founder of Sugar Sugar Wax tells PopSugar. However, she warns that any epilation hair removal is bound to hurt, so don’t expect zero pain while sugaring.

Since pain is still a common factor, waxing can get it done for cheaper and quicker. “In salons, waxing services tend to be less expensive than sugaring services because sugaring takes a bit more time,” Sallehy continues to PopSugar.

Both sugaring and waxing are great hair removal services but ultimately, your personal needs and pain tolerance levels will dictate which option you choose.