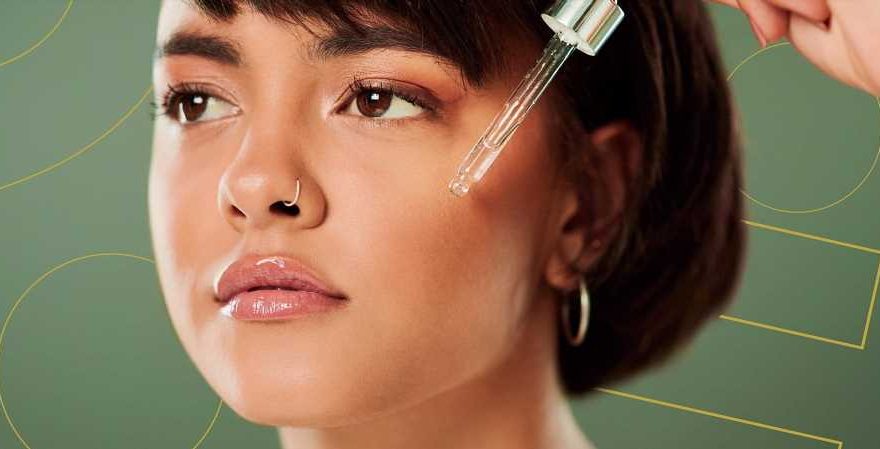 Like beauty lovers since time immemorial, I've tried a few DIY beauty "hacks" in my day. I'll never forget giving myself a mild chemical burn after mixing apple cider vinegar into a clay face mask, or cutting open a vitamin E gel capsule and trying to smear the viscous liquid on my face in the name of glowing skin. Unsurprisingly, the latter didn't work out — but one silky, shopper-loved vitamin E oil is way marked down amid Black Friday and Cyber Monday's sales, and I'd be remiss not to highlight this deal.

According to reviewers, the texture of Health Priority's Enhanced Vitamin E oil is a far cry from the thick, hard-to-spread consistency of the straight vitamin E I once tried. Thanks to the addition of jojoba and avocado oils, you get a nicer feeling and skin benefits from all three: Vitamin E is a powerful antioxidant, and as Joshua Zeichner, M.D., the director of cosmetic and clinical research in dermatology at Mount Sinai Hospital in New York City, previously told InStyle, it neutralizes free radical damage to protect skin from UV light exposure while simultaneously brightening and evening out your skin tone.

That's impressive enough — but when the ingredient meets jojoba and avocado, the trio is like Meg Ryan, Tom Hanks, and his dog at the end of You've Got Mail. Jojoba oil has been described as a "unicorn" ingredient, since it's rich in antioxidants and fatty acids that are nearly identical to skin's natural sebum. That means your skin greets it as a friend — one that's antibacterial, anti-inflammatory, non-clogging, and an enemy to excess oil. And in animal studies, avocado oil has been shown to increase collagen synthesis; it also brings in vitamins A, C, D, and E. Considering everything it has going for it, the 6,000+ five-star ratings for Health Priority's face oil add up. "Liquid happiness for your skin," wrote a licensed esthetician in their review, who called it irreplaceable for hydrating and preventing wrinkles. Another shopper noted a "definite lessening of fine lines" around their eyes, with skin left soft and refreshed; the before-and-after photos taken six weeks apart attest to the formula's efficiency.

"What a difference! I rarely ever need to see my esthetician any more," said a happy reviewer. "My skin is soft and dry spots have disappeared. I have very few wrinkles now, and owe it all to the Vitamin E oil. I am 62 years young and will keep this as my #1 facial product forever." More people in their 40s and 50s also note the wrinkle reduction they've witnessed, adding that their skin looks so "young and healthy," they've even replaced their eye cream with the oil.

Others are enamored with the turnaround they saw in 24 hours: "My lines and wrinkles are less pronounced, and the appearance of my complexion is smoother. Dark spots appear to be fading — I will post an update on that later. Regardless, vitamin E oil is now a staple in my nightly routine. I won't be without it."

Want to get in on the action? A vial of the oil is marked down 20 percent through Cyber Monday, November 29, while a set of two is discounted 30 percent — an ideal deal for those besotted with its "magic" effects on wrinkly skin.