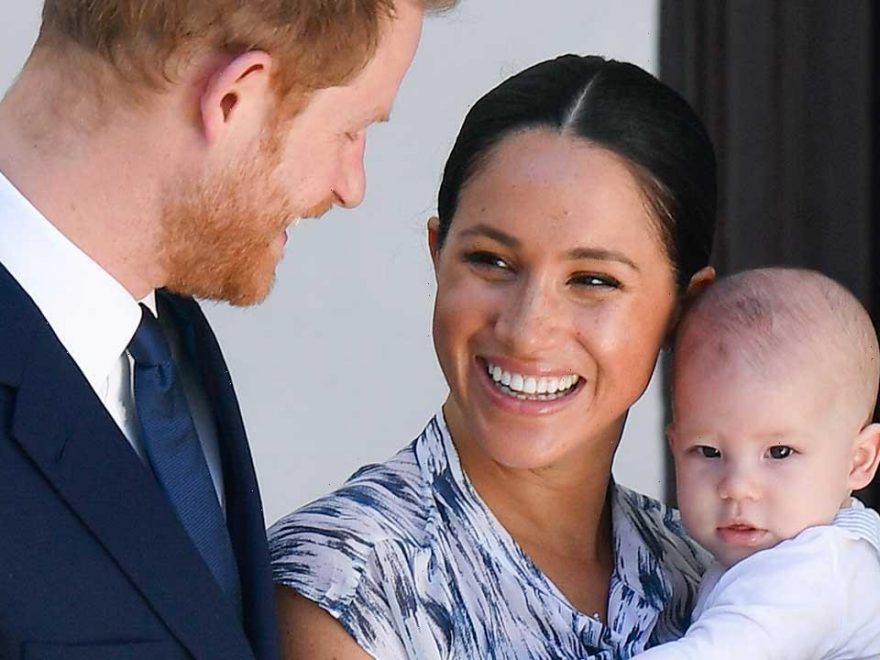 The Duke and Duchess of Sussex are doting parents to their two children, Archie Harrison, three, and Lilibet Diana, one. And, just like, non-royal parents, the couple have certain parenting rules they like to gently enforce at home.

So what tips and tricks are they using with their children? From perfect manners to showering their little ones with love and affection, we take a look at their guide to parenting musts…

Harry and Meghan are determined to give their kids as normal an upbringing as possible. This means protecting their privacy and hoping to keep certain details to themselves, such as their christenings, who their godparents are, which hospital they were born in and more. The couple also chose to forego a royal title for Archie and Lilibet, in accordance with their wish that they grow up as private citizens.

Parenting is a learning experience

No new mum or dad knows exactly what they’re doing when they take their newborn home. The Duchess opened up about how both herself and Harry were learning to become parents during a visit to Cape Town in 2019 – four months after Archie’s birth.

According to Ash Heese, training and partnerships manager for Waves for Change, when one of the coaches suggested to Meghan that her strength was dancing, “She laughed and said no she doesn’t think so but parenting is a new strength that her and Harry are learning and developing.

Shower them with love

We can tell Archie and Lilibet are very loved from the way Harry and Meghan dote over them, and their celebrity friend, David Beckham confirmed so. Speaking to ET in February, David revealed: “I think he’s enjoying being a young father for the first time and that’s what we always spoke about.”

He continued: “When you’re a parent, it changes you. He (Harry) always needs to be happy. We love him and he’s an amazing person – and that’s the most important thing – but I’m proud to see him growing up as an individual and being that person that every father wants to be. Every father wants to be loving to their children and that’s what I see with him.”

Impeccable manners are a must

Leaving your baby alone for the first time is daunting, but Harry and Meghan appreciate the importance of spending time together as a couple. Two months after Archie’s birth, the couple enjoyed a day date at the cinema, attending the premiere of The Lion King. It was then that Beyoncé and Jay-Z also gave the new parents some invaluable advice. “The best advice I can give you, always find time for yourself,” the rapper told Prince Harry.

In late June, the Sussexes also left baby Archie at home to attend the Boston Red Sox and New York Yankees game in London, and the couple also travelled to the UK without him for their final royal engagements before stepping down from royal duties.

Family bonding time is a priority

Spending time with the family is also important – and not just the immediate family. Archie was introduced to his relatives when he was just a few days old; he met the Queen, Prince Philip, Prince Charles and Camilla and Prince William and Kate within two weeks of the birth. Princess Diana’s sister Lady Jane Fellowes was also one of the first family members to meet Archie.

Harry and Meghan are also keen for their kids to build a close relationship with his royal cousins Prince George, Princess Charlotte and Prince Louis. George was initially introduced to Archie in private, while Charlotte and Louis met their new baby cousin for the first time during the Cambridges and the Sussexes’ family day out at the polo in July 2019.

It’s ok to ask for help

Meghan’s mother Doria Ragland was on hand to help the Duchess after she gave birth both times. She lived with the couple at Frogmore Cottage for the first few weeks of Archie’s life, showing Meghan the ropes and helping her settle into motherhood. When Doria returned to Los Angeles, Meghan wasn’t afraid to ask for extra help, enlisting a nanny to help her at home.

Eat organic as much as possible

It’s no secret that Meghan loves carbs – she’s even joked that french fries are their own food group. But overall, the mum-of-two is very health-conscious and tries to maintain a gluten-free and vegan diet during the week. Her clean-eating habits will be passed down to her children, her close friend Daniel Martin has said. Daniel told CBS presenter Gayle King: “I’m sure the baby’s going to be raised clean and green. She loves to cook, eating organic whenever she can. I totally see her making her own food. Totally!”

Have an eco-conscious home

The royals spent millions renovating their former home, Frogmore Cottage, and part of their work included installing a £50,000 green energy unit, which provided them with heat, hot water and electricity. As for Archie’s first nursery, the natural and grey-toned room was reportedly decorated with vegan and organic paint from German brand Auro.

Harry, whose father Prince Charles is very environmentally conscious, has also spoken about his habit of turning off the lights at home. Speaking in BBC documentary, Prince, Son and Heir: Charles at 70, Harry said: “He’s a stickler for turning lights off and that’s now something that I’m obsessed with.”

In her now-defunct blog The Tig, Meghan also once wrote: “It’s important that we never forget the wellbeing of our good ol’ Mama Earth.”

The more, the merrier! Harry and Meghan are dog-lovers and when the Duchess moved to London, she brought her rescue beagle Guy with her. The couple also adopted another pooch – a Labrador – in 2018. Now living in LA, the couple took their dogs with them and we can see them expanding their family with a third pet in the future, maybe even a fourth and a fifth!

RELATED: Archie Harrison’s favourite breakfast revealed – and it’s all down to the Queen!

Their children will be feminists

Meghan’s belief in feminism is one of the characteristics that define her and she’s also encouraged Prince Harry to openly express feminist views. We can fully expect the couple’s children to be raised feminists.

On International Women’s Day in 2019, a heavily pregnant Meghan took part in a panel discussion about women’s challenges and their hopes for the future. She revealed: “I had seen this documentary on Netflix about feminism and one of the things they said during pregnancy was ‘I feel the embryonic kicking of feminism.’ I loved that, so boy or girl, whatever it is, we hope that that’s the case with our little bump.”

Archie was only a couple of days old when Prince Harry travelled to The Netherlands for his Invictus Games Foundation. He also flew to Rome to take part in a Sentebale charity polo match, spending a significant amount of time apart from his wife and newborn son. The couple’s joint devotion to their charitable institutions is clear, and while Archie and Lilibet will be raised as private citizens, the little youngsters will no doubt be instilled with the importance of charity work from their famous parents.