Kim Kardashian was a blonde bombshell — for a brief moment! The ‘KUWTK’ star looked nearly unrecognizable after bleaching her eyebrows and rocking a blonde wig for a photoshoot.

Going blonde is just a typical Thursday for Kim Kardashian. The makeup mogul and reality star chronicled her photoshoot transformation on April 29, which included bleaching her brows. “So it’s really cute, guys. My bleached brows, I’m into it. Can’t wait to show you guys the final look,” she said on her Instagram Story.

After her brows were bleached, Kim donned a blonde wig before heading to the photoshoot. However, this dramatic look was just for a brief moment. She quickly dyed her eyebrows back to their natural brown and took off the blonde wig. “I’m back to dark already don’t worry,” she captioned a mirror selfie of herself.

Kim and the other Kardashians are known for rocking wigs, but Kim has dyed her hair blonde before. She dyed her hair platinum blonde in 2018 as a gift to her now-ex Kanye West for their wedding anniversary. “I’m back blonde,” Kim said on her Instagram Story at the time. “Kanye’s favorite is blonde, so I did it for our anniversary.” The year before, she dyed her hair icy blonde, Daenerys Targaryen style. 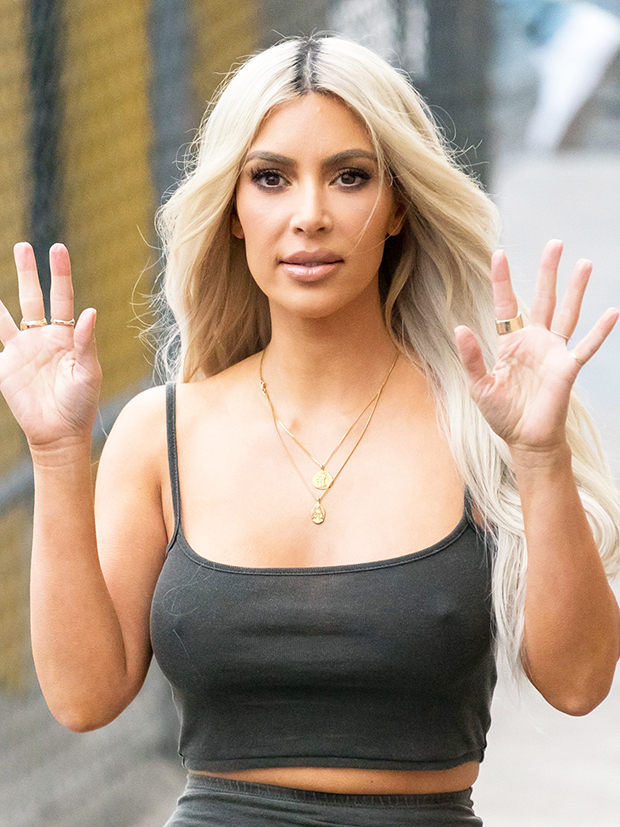 The Keeping Up With the Kardashians star has been keeping busy in the wake of her splitting from Kanye West after 7 years of marriage. Kim was the one to file for divorce in February 2021. Kim requested joint physical and legal custody of the couple’s four children, and neither Kim nor Kanye contested their prenup. HollywoodLife learned EXCLUSIVELY from a source close to Kanye that, despite their issues, he wanted to make his marriage work with Kim. “This is not something Kanye wants,” our source said. “If it were up to him this divorce would not be happening so taking this step was very painful for him.