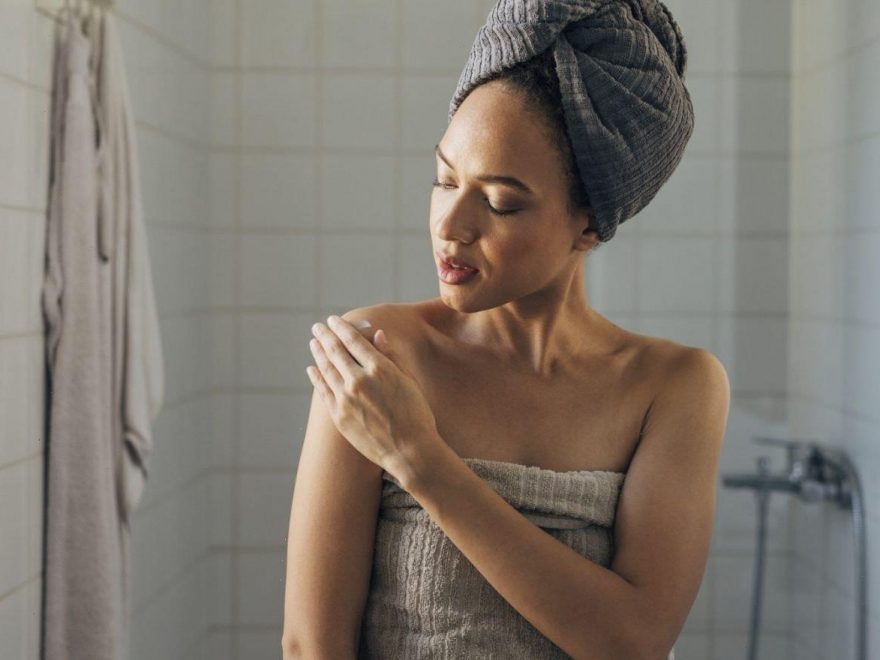 A common skin concern, pityriasis versicolor is occasionally referred to as tinea versicolor. Here’s what you need to know about identifying and treating it.

I still remember first noticing the pale patches on my arms: 12 years old and on holiday, my skin became darker from the sun while splodges of my arm remained resolutely light, highly noticeable against my tan. I put it down to being mixed race and a facet of uneven skin tone; nothing more, nothing less. 15 years later, I’ve come to suspect it was pityriasis versicolor all along.

A common fungal skin infection, pityriasis versicolor causes patches of white, dark or pink to appear on the skin. Exacerbated by hot, warm and humid conditions, the fungal infection can proliferate quickly, becoming more noticeable as larger patches of pigmentation.

Here, two dermatologists, Dr Hasan Benar at the Dr Elif Clinic and Dr Abha Gulati at Stratum Clinics, break down everything you need to know about pityriasis versicolor.

What is pityriasis versicolor?

“Pityriasis versicolor is a common fungal infection of the skin. The fungus interferes with the normal pigmentation of the skin, resulting in small, discoloured patches. These patches may be lighter or darker in colour than the surrounding skin and most commonly affect the face, torso and shoulders.”

“Pityriasis versicolor is often caused by an overgrowth of a type of yeast (fungus) that’s naturally found on your skin. Hot weather, humidity and sun exposure can make tinea versicolor worse. It’s not harmful or contagious but can be mildly itchy,” says Dr Benar.

Why is pityriasis versicolor more visible in hot or humid weather?

“The patches often have sharp borders or edges, and they don’t darken in the sun. They also typically have a very fine scale that becomes more noticeable with gentle rubbing, similar to a scratch-off lottery ticket. That explains why the patches might be more visible after recent sun exposure. As the rest of your skin tans and darkens, the patches show up more.

“These spots can come and go, especially as the seasons change and outside temperatures fluctuate. The spots may be more noticeable when the weather is hot and humid (as in summer) and may be less noticeable or even disappear in fall and winter,” says Dr Benar.

How does pityriasis versicolor appear on different skin tones?

Like many other skin conditions (eczema, psoriasis, scarring), pityriasis versicolor will present differently depending on the amount of melanin (pigment) in the skin.

“Pityriasis versicolor appears suddenly as a slightly scaly rash over the chest, back and arms which can be pale or white (hypopigmented), dark (hyperpigmented) or pink. The changes in skin pigmentation are thought to occur due to chemicals released by the yeast interfering with the processing of melanin, the pigment that gives our skin its colour,” explains Dr Abha Gulati, consultant dermatologist at Stratum Clinics.

Does pityriasis versicolor ever go away?

“As it is a very superficial skin infection, it usually settles quickly with treatment, but it is fairly common to have recurrences, especially if the conditions are right. In these situations, we can recommend prophylactic (preventative) treatment with antifungal treatments. Pityriasis versicolor eventually settles down, presumably as our environment or sebum production changes.

“There are no reliable investigations to detect malassezia infection as it’s very difficult to grow in the laboratory, so the diagnosis is usually clinical. Occasionally a skin biopsy can be done to exclude other skin conditions,” advises Dr Gulati.