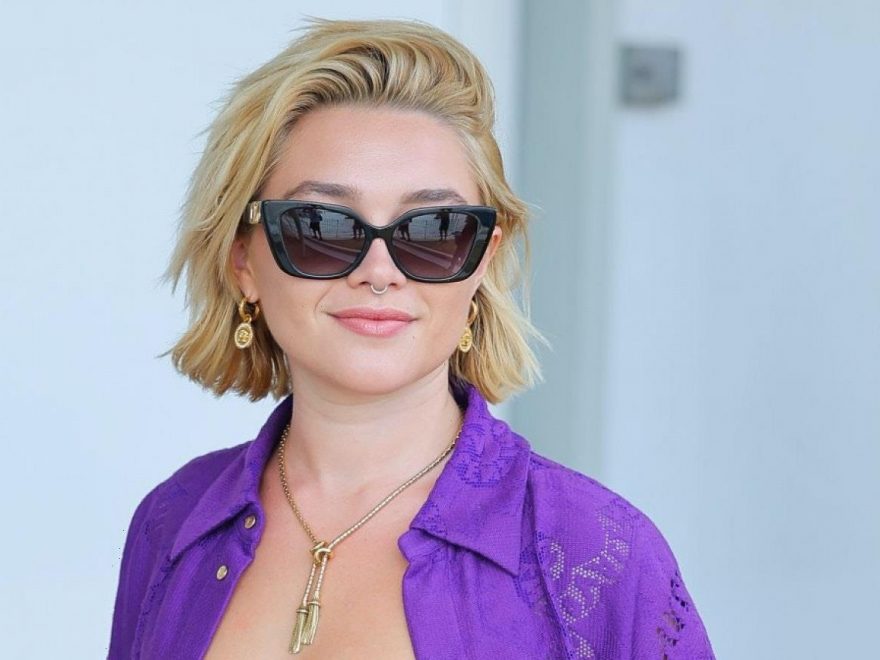 The Hair Bros’ Seán Paul Nother breaks down how to find, style and look after your perfect-length midi bob.

After two years of making do with whatever hairstyle we could fashion in the bathroom mirror, often with an ill-thought-out pair of kitchen scissors in hand, it’s no wonder chic, decisive cuts are thundering back into fashion now we can visit the professionals again.

From feathery curtain bangs to undulating crimped ripple hair, intentional hairstyles are undoubtedly here to stay. Well, allow me to introduce you to a new, soon-to-be-everywhere haircut: the midi bob. A halfway stop between the Amalie-esque French bob, Keira Knightley’s 90s bob and a long bob, it’s an effortlessly undone upgrade to the shaggy, movement-filled hair gaining popularity for summer and beyond.

Florence Pugh is the latest celebrity to make the midi bob her own, pottering around Venice with various iterations of the cut. From shaggy and natural to styled and flicked, there’s a plethora of ways to style the bob – something that makes it incredibly unique.

“It may sound like a weird analogy, but the best way to think of a midi bob is if the hairdresser had cut a bob that was too short for your liking a couple of months ago and it’s now grown out to a length you really like,” explains Seán Paul Nother, half of leading hairdressing duo The Hair Bros.

What is a midi bob?

Perhaps indecipherable to the untrained eye, there are some subtle differences in cutting and styling that make the midi bob a different entity from its bob cousins:

“The midi bob has a chunky heaviness on the ends that shows off the neck but is long enough to tie up,” explains Nother. “Because of the slightly longer length, it sits beautifully on both blow-dried and air-dried hair. It’s a tad longer than a 90s bob, which means you can throw your hair up on a hot day and have some beautiful Bardot-esque tendrils of hair frame your face. It also looks fantastic casually thrown to either side with a bit of dry shampoo or mousse.”

“The length of the midi bob is really important. If you have been on the receiving end of a scissor-happy stylist and found yourself with a too-short bob, you’ll probably have found that it sits quite straight and flat, bending under the chin. As the hair grows, it becomes longer and heavier, allowing a nice natural movement to the hair.”

How is a midi bob different to other types of bobs?

“The French bob is often cut with a varying length of fringe to complement the eyes and cheeks to give the shorter length a great outline. A 90s bob tends to be longer than the French bob but it lacks the shorter fringe pieces at the front – it looks great tucked behind the ears. The midi bob is longer still than the 90s bob but has subtle shorter movement cut into the front of the hair.”

How to find your perfect length midi bob

Outside of asking your hairstylist, identifying where the hair will fall before your appointment is always a good idea. It’ll mean less surprise when the haircut is finished and the mirror is presented, but also, you’ll know whether to go shorter or longer depending on your preference.

“The easy way to find your perfect length midi bob is by tilting your head forward. As you tilt your chin down, run your hand down the back of your neck. You should be able to feel a bone that sticks out slightly – think about the joint between the base of your neck and the top of your spine – it should be about where your neck and shoulders meet.”

“Now travel down a little bit further (about the width of two fingers) and you should feel another smaller bone at the back of your neck. This is the perfect length to cut the midi bob to. Make sure to keep your chin tilted down during the haircut when the back is being cut. Then, when your hairdresser starts cutting the sides, tilt your head up.”

“If you’re looking for texture, the Evo Whip It Good Moisture Mousse is unreal but seems to be out of stock a lot. We find salt sprays get a bit too crunchy, especially if your hair is finer, and can tend to knot and tangle if too much is used. Hairstory’s Undressed Spray is, again, great but more expensive. Hairstory also sells a Hair Balm, which is amazing for any texture, but if you use the thehairbros discount code, you can get a little off, which is always a great help.

“The Cantu Cream Leave-In Conditioner is brilliant as well if your hair is wavy or curly. Only use a little if your hair is finer. Add it in when the hair is wet, allow a cast to form, then scrunch and add a bit more when it’s dry. Maria Nila does a Salty Cream which is a lovely option too.”