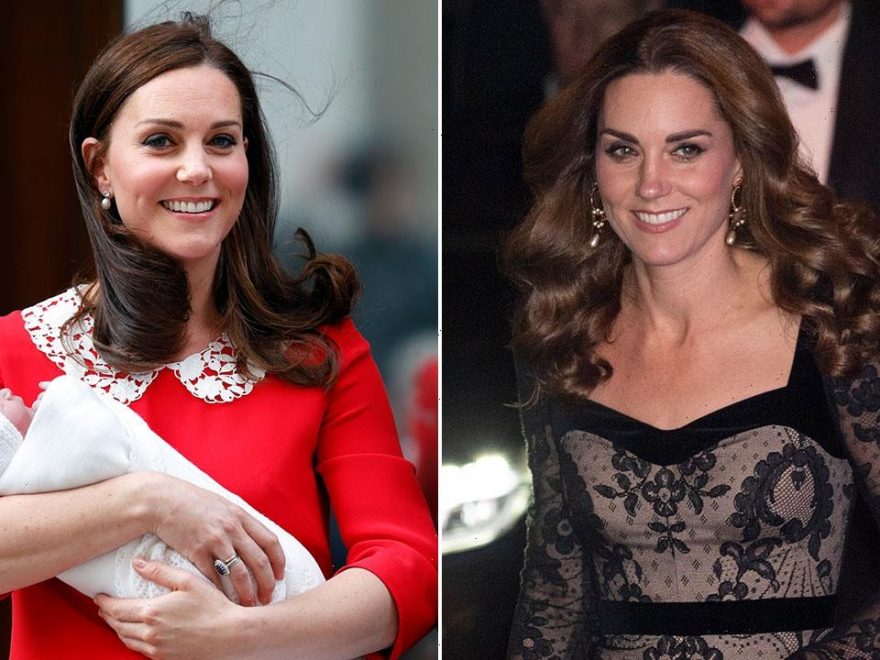 The Duchess of Cambridge is mum to three adorable children with her husband Prince William: Prince George, age eight, Princess Charlotte, six, and Prince Louis, three. As well as performing all of her royal duties and public engagements, Kate is a very hands-on mum, taking her children to school, cooking for them and enjoying playing together as a family.

However, the Duchess’ three pregnancies weren’t plain sailing, as she suffered from severe pregnancy sickness called hyperemesis gravidarum with each child. Speaking on Giovanna Fletcher’s Happy Mum, Happy Baby in February last year, Kate opened up about the experience:

“[It was] utterly rotten. I was really sick. I wasn’t eating the things I should be eating and yet the body was still able to take all the goodness from my body and to grow new life, which I think is fascinating.”

The Duchess also revealed the effect the sickness had on her husband, saying: “William didn’t feel he could do much to help and it’s hard to see you’re suffering without actually being able to do anything about it.”

MORE: The Queen’s birth stories of her children Charles, Anne, Andrew and Edward

WATCH: A timeline of Kate’s pregnancy with Prince Louis

Due to her difficult pregnancies, Kate told Giovanna that she preferred being in labour. “Because it had been so bad during pregnancy, I actually really quite liked labour… Because actually it was an event that I knew there was going to be an ending to! But I know some people have really, really difficult times, so it’s not for everybody. No pregnancy is the same, no birth is the same.”

Here, we take a look back at the births of Kate and William’s three children…

St James’ Palace announced that William and Kate were expecting their first child on 3 December 2012. The exciting news came early in her pregnancy due to Kate being unwell with hyperemesis gravidarum and requiring hospital treatment. Fortunately, the Duchess felt better in the final trimester and the world celebrated with the royal couple when little Prince George arrived at 4.24pm on 22 July 2013.

Kate while pregnant with George

Prince George was born in the Lindo Wing of St Mary’s Hospital in London weighing 8lb 6oz. Kate is said to have delivered him naturally. The couple delayed the public announcement for almost four hours, releasing the official statement from Kensington Palace around 8pm.

MORE: Relatable Kate! All the times the Duchess has spoken candidly about parenting struggles

William had the duty of calling his grandmother, the Queen, on a specially encrypted phone to tell her the happy news. Then he called Kate’s parents, Carole and Michael Middleton, in Bucklebury, her sister Pippa and brother, James, his own father Prince Charles and his brother Prince Harry. The couple waited one day before leaving hospital with their baby boy.

Kate has previously opened up about the moment George was born, telling Giovanna Fletcher:

“Amazing, amazing. It is extraordinary as I’ve said. How can the human body do that? It is utterly extraordinary, actually. And he was very sweet. And also sort of relieved that he was a happy, healthy boy.”

The Duchess also spoke about her first night in hospital with her firstborn. When asked how many hours after giving birth she presented Prince George to the world on the steps of the Lindo Wing, she recalled:

“I… Oh my gosh, I can’t remember. Everything goes in a bit of a blur. I think, yeah I did stay in hospital overnight, I remember it was one of the hottest days and night with huge thunderstorms so I didn’t get a huge amount of sleep, but George did which was really great.”

George’s arrival at the Lindo Wing

In 2017, doctors from Kate’s healthcare team shared some details of the pregnancy and birth. Professor Tiong Ghee Teoh, a consultant obstetrician and gynaecologist, and anesthesiologist Dr. Johanna Bray were a part of the royal’s 23-member medical team that were on call three months prior to the birth in case extra assistance was required.

“We had a huge team,” Professor Teoh revealed. “Anything that could possibly go wrong, we had a team of people behind each speciality.” He added, “Everyone was sworn to secrecy.” The Duchess of Cambridge’s Imperial College Healthcare team included two obstetricians, three midwives, three anaesthetists, four surgical staff members, two special care baby-unit staff, four paediatricians, one lab technician and three to four managers.

MORE: How royal nannies care for little Princes and Princesses: A Norland Nanny exclusively shares her own tips

Princess Charlotte was born at 8.34am on 2 May 2015 weighing 8lb 3oz. Once again, the birth took place at St Mary’s Hospital in London. As Charlotte was delivered relatively quickly, the couple left the Lindo Wing in the late afternoon, just hours after Kate had given birth.

Kate has previously revealed in the Happy Mum, Happy Baby podcast how she used hypnobirthing in her labours. She revealed:

“Actually it was through hyperemesis that I really realised the power of the mind over the body because I really had to try everything and everything to try and help me through it. There are levels of it.

“I’m not going to say that William was standing there chanting sweet nothings at me! He definitely wasn’t, [laughing] I didn’t even ask him about it, but it was just something I wanted to do for myself. I saw the power of it, really, the meditation and the deep breathing and things like that that they teach you in hypnobirthing when I was really sick and actually I realised that this was something that I could take control of, I suppose, during labour. It was hugely powerful.”

William and Kate announced the Duchess’ third pregnancy on 4 September 2017. The statement was similar to the previous two occasions, revealing the family were thrilled at the news but that once again Kate was suffering from hyperemesis gravidarum.

Just like his older siblings, little Louis was born at the Lindo Wing at London’s St. Mary’s Hospital. Kate earned her super-mum title, presenting her new-born Prince to the world just seven hours after giving birth – wow! Adorable Louis was swaddled in the same blanket Kate used for George and Charlotte as babies.

It’s hard to believe that Prince Louis turned three earlier this year, with his proud parents sharing an adorable photo of him on his way to nursery to mark the occasion. Louis could be seen smiling at the camera whilst riding a balance bike and carrying his backpack, with many people commenting that he looked just like his big brother George!

With many other members of the royal family welcoming babies into the world this year, royal fans are eagerly awaiting to see if the Duke and Duchess will go for baby number four…

Make sure you never miss a ROYAL story! Sign up to our newsletter to get all of our celebrity, royal and lifestyle news delivered directly to your inbox.