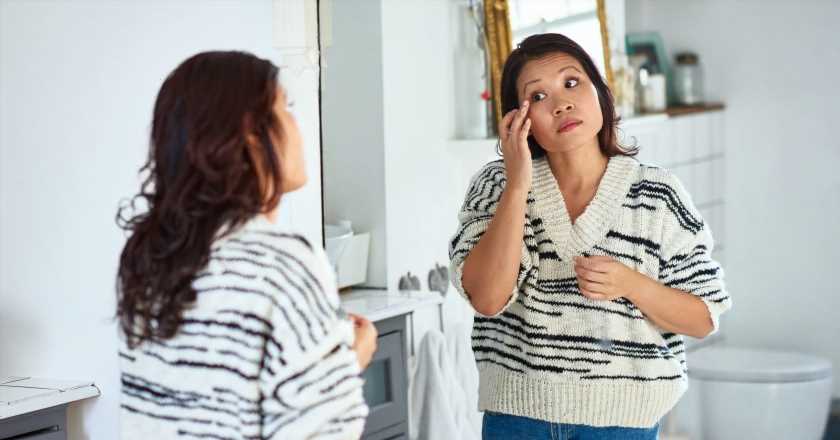 The retinol purge (also known as skin purging) is a natural part of using vitamin A.

Retinol (also known as vitamin A) can be game-changing for your skincare routine. Charged with reversing skin damage, clearing out congested skin, and generally effecting a brighter, more even complexion, it’s got a long, great rap sheet.

However, if you’ve ever dabbled in the world of retinol, you know that it can come with a fair amount of shedding and flaking, too. Known as the “retinol purge”, this period of time can be enough to scare off even the strongest of skincare enthusiasts. Fortunately, it’s very natural. Here’s everything you need to know and why you should persevere through it, straight from the experts.

What are the benefits of using retinol?

“Vitamin A (retinol) is one of the most effective treatments in increasing cellular turnover, exfoliating the top layers of our skin and boosting collagen production,” explains Dr Victoria Manning, co-owner of River Aesthetics.

“It lessens the shedding of dead skin cells into our pores and decreases inflammation. It is known as the gold standard in fighting acne and congested skin (blackheads/whiteheads) due to its antimicrobial, antioxidant and anti-inflammatory properties.

“It is also an incredible anti-ageing ingredient as it reduces fine lines wrinkles, pigmentation, large pores and improves skin texture.”

What is skin purging?

“Retinol promotes cell turnover, which means that it brings new, healthy cells to the surface of your skin in order to replace old dead ones,” says Dr Charlotte Woodward, co-owner of River Aesthetics.

“However, in the process, it ‘purges’ up all kinds of other debris hiding under your skin, which may lead to sudden breakouts. Skin purging happens when new ingredients, like retinol, promote increased cell turnover, which causes clogging and worsening breakouts. This is particularly the case as oil and debris that is trapped deeper underneath the skin comes to the surface.

“Unlike other solutions that simply mask the symptoms of skin ageing, retinol products, whether prescription or over the counter, actually fix the causes of ageing by preventing and reversing skin damage.

“That means retinol-treated skin doesn’t just look younger—it actually is younger, at a cellular level. Thanks to the fact that these chemicals boost cell turnover, they can smooth fine lines, even out skin tone and age spots, and improve skin elasticity for a more youthful glow.”

Does purging mean you should stop using retinol products?

“No, purging is a temporary phenomenon. Your skin should improve if you persevere,” advises Dr Derrick Phillips, consultant dermatologist at the Cadogan Clinic.

“Retinoids dry out the skin and can cause irritation, particularly in those with dry skin.This is different from purging and may persist for longer. To minimise the risk, consider initially using retinoids two to three times a week, gradually building up to every night use. Using a moisturiser before application may also be helpful.”

How long does purging usually last?

Purging usually lasts between two to four weeks, according to Dr Phillips. “Efficacy is partly determined by the formulation and strength of the product; however, on average, most people will start to see a difference after a month,” he says.

How to start using retinol safely

“Only increase the strength when you’ve got to the point where you’ve been using the retinol product and you feel like it’s not working anymore or your skin is tolerating it. That’s when you can move on to the next strength.

“When people say that their retinol has stopped working, it hasn’t. It’s just that it can’t give you any more benefit at that strength.”