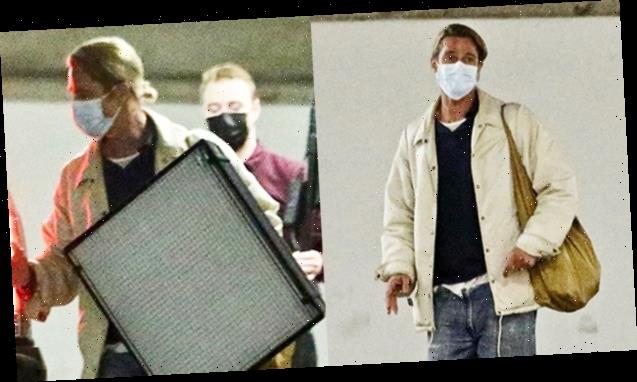 It’s been a while since we’ve seen Brad Pitt out and about, and when he was photographed on Feb. 24, he had a whole new hairstyle!

Brad Pitt, 57, has been keeping a low profile for the last several months, but photographers caught him leaving a meeting in Beverly Hills on Feb. 24. The actor was sporting noticeably longer hair, which he pulled back into a ponytail. He was carrying a bunch of camera equipment to a vehicle, and, of course, was wearing a protective face mask amidst the coronavirus. 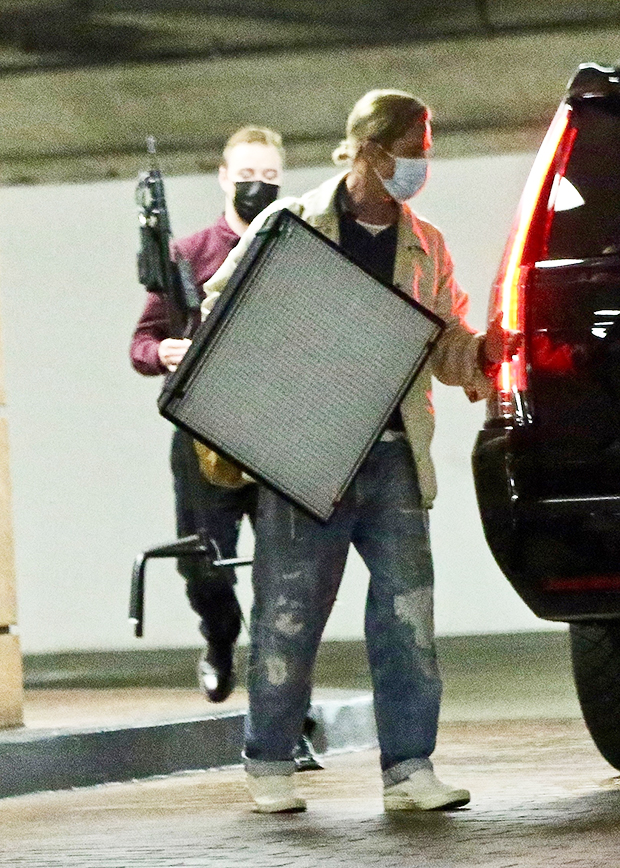 For the outing, Brad kept it casual in a pair of ripped jeans and a khaki jacket, along with a white t-shirt and black sweater. He also rocked white sneakers, which were visible under the cuffed bottom of his pants. He was joined by a group of other men, who appeared to be helping him load the equipment into an SUV. 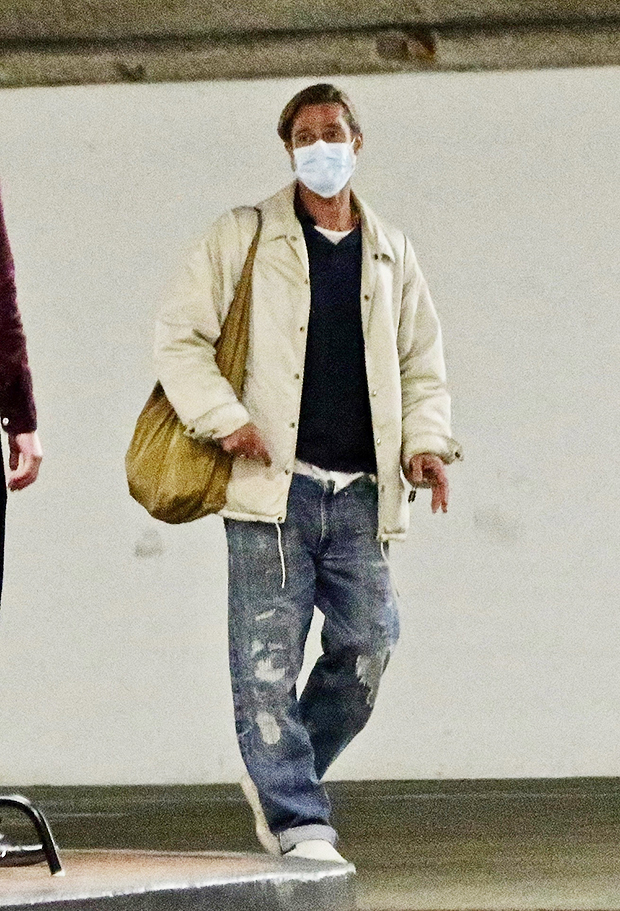 For the most part, Brad has managed to avoid the public eye for quite some time now. At the beginning of 2021, he took a vacation to Turks & Caicos, and was photographed out on the water in his swimsuit. He also did his part to help out amidst the coronavirus pandemic by delivering groceries to those in need ahead of Thanksgiving in 2020.

Brad has been in a custody battle with his ex, Angelina Jolie, since they split more than four years ago in Sept. 2016. While Angelina is seen out and about with the kids quite often, Brad spends his time with them in private. The exes have six children together — three biological, Shiloh, 14, Vivienne and Knox, 12, and three adopted, Maddox, 19, Pax, 17, and Zahara, 16. 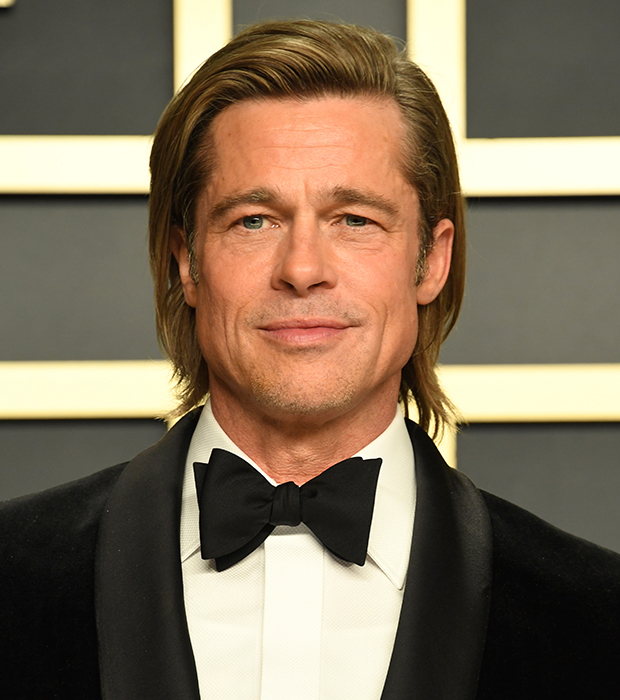 Although Brad and Angelina reached a temporary custody agreement that allowed him more time with the kids in 2018, he fought for 50/50 custody in 2020. The two went to court in Oct. 2020, but the documents in their case have been sealed since 2017 due to the sensitive nature and involvement of children. Brad and Angelina’s divorce has yet to be finalized, although they were declared ‘legally single’ in April 2019. Both have been extremely private about their love lives in the time since.